There has been significant growth in small house living, but that doesn’t mean Australia should go big on them. 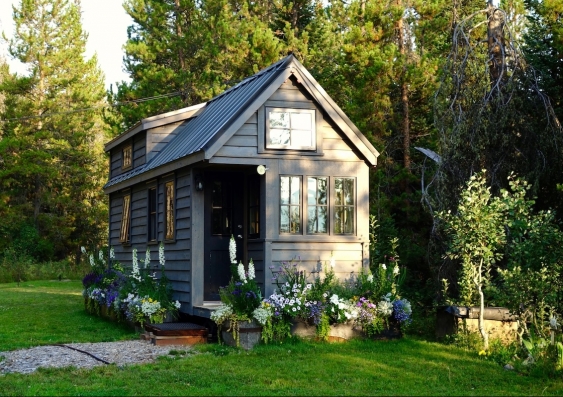 The tiny house movement is growing, but it's unlikely to fix our housing problems. Photo: Shutterstock.

Don't let their sizes fool you – the tiny house movement is big. These micro-scaled homes are populating Instagram feeds, a Sims game expansion and even have a Netflix series, aptly named Tiny House Nation. Championing a simple-living alternative to habitation – an antidote perhaps to the mansion and mortgages – could they be the answer to the housing affordability crisis?

While tiny houses are certainly about more than their cost, Dr Laura Crommelin from the UNSW City Futures Research Centre sees some challenges.

The urban and housing policy researcher believes that while tiny houses may look great on paper or Instagram, the reality is not so simple.

“The challenge with housing affordability is not just the cost or size of the [house] itself. The price is [mainly] in the land,” Dr Crommelin says. “If it's a [genuine] house, presumably you need some land to put it on, and that has to come from somewhere and be paid for somehow. You don't solve the land problem by replacing a different type of house with a smaller, tiny house.”

The researcher also argues that apartments are still likely to be a more economical use of space than a tiny house.

“You can fit more apartments on a piece of land than you could tiny houses,” she says. 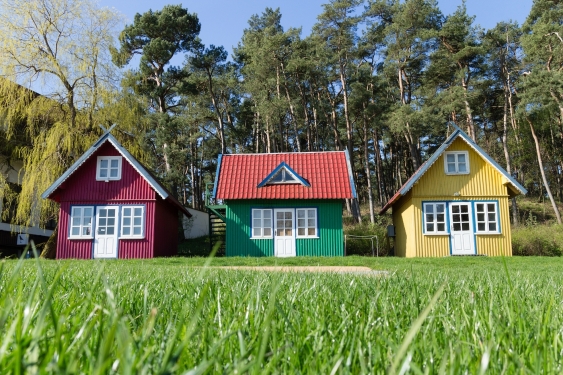 Building vertically: apartments would be a more economical use of space. Photo: Shutterstock.

“Apartments aren't right for everyone, but we should try to do a fair assessment of what it means to live in an apartment and the pros and cons of that. I think there are some benefits to apartment living that people don't always appreciate.”

Subdivisions and minimum block sizes would also be among the planning issues needing careful consideration.

“If we were to see a really big uptake in tiny houses, we would need to think through all the planning implications in a way that hasn't happened at this stage, and how a model would work,” she says.

“Fragmented land ownership is something we already grapple with, so it would be risky to subdivide. And much like apartments too, if people are going to be living in tiny homes, they're going to need other infrastructure to support them as an add on to their smaller personal space like parks, shops, community spaces, libraries, and public services.

“That is very much a part of how people live in smaller spaces … but it's not often factored into the discussion.”

While some tiny houses are mobile, the researcher says that they might be considered “more like a caravan, which would have its own set of regulations”. 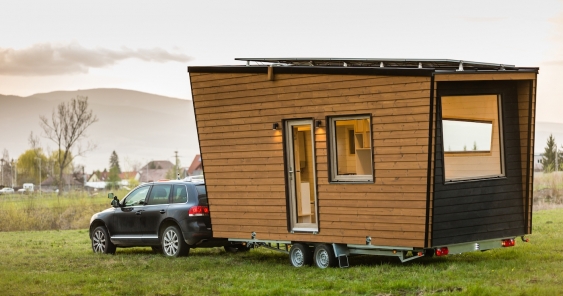 A tiny house on wheels might be considered a caravan. Photo: Shutterstock.

The researcher also has concerns about the equity issues that come with tiny houses.  “If it's made such that a certain segment of the population … that's all they can aspire to; you're essentially saying that they don't deserve normal-sized housing like everyone else. That's a real concern because there's no reason why we couldn't have decent-sized housing for everyone.”

Dr Crommelin says that changing the current investment model of housing would be a more sensible approach and would directly address the housing affordability issue.

“We have built a housing model built around speculative investment, mum and dad investors, and all of that contributes significantly to inflating the housing affordability issue,” she says. “We could eliminate the tax breaks that support housing investment so that it might become more affordable to enter the owner-occupier market.”

Other changes to our housing system could also help. The researcher says there is 'missing middle' for different living arrangements that we just haven't invested in that would allow people to own a house, but also accommodate more density.

“Also, if we saw a big investment in public housing, you could change the nature of the housing affordability issue. It wouldn't happen overnight, but it would make a huge difference – it's just not as fun or ‘sexy’ as a tiny home.”

The researcher says that there will always be reasons why people want to own their home, and while tiny houses might not be the silver bullet, they do provide value in rethinking the way we plan and build our cities. 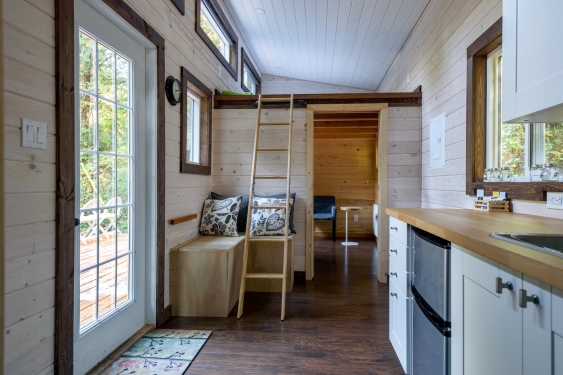 The inside of a tiny house. Photo: Shutterstock

“There are lots of socio-cultural reasons attached to the tiny house movement … I think we still have an emotional attachment to the idea of owning your own home, with a front garden, garage and a backyard. But I think the dream of homeownership, in that form, is one we need to be more conscious of.”

Dr Crommelin says tiny houses potentially change mindsets “about how much we use and how much we need”.