Duncan Maclennan, the urban economist responsible for overseeing the UK’s largest ‘city deal’ in Glasgow, will discuss the implications of emulating the model in Australia, at a UNSW public lecture this week. 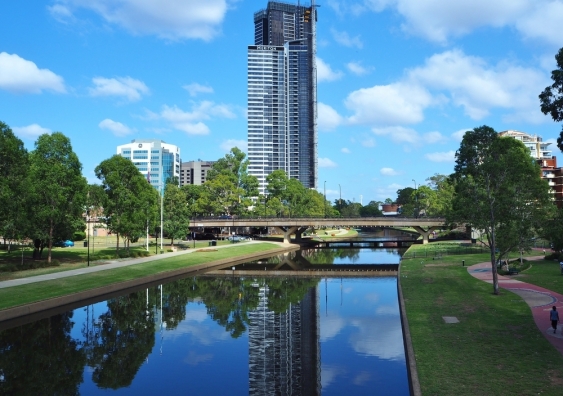 Professor Duncan Maclennan, the internationally renowned urban economist responsible for overseeing the UK’s largest ‘city deal’ in Glasgow, will discuss the implications of emulating the same model in Australia at a free public lecture at UNSW on Wednesday, 29 March.

Under City Deals, federal, state and local governments sign long-term contracts to deliver major infrastructure projects, while setting targets for the resulting job creation, housing affordability, emissions reductions and other productivity measures. The benefits from higher land values, tax receipts and increased productivity are then shared in years to come.

The deals have been introduced across 38 city-regions in the UK. A similar model has become a central part of Prime Minister Malcolm Turnbull’s cities agenda, with the government already committing to early deals for Western Sydney, Townsville and Launceston.

Professor Maclennan, based at the University of Glasgow, recently joined UNSW as a Visiting Professorial Fellow with the City Futures Research Centre (CFRC).

In his role as Economic Commissioner for the Glasgow City-Region, Professor Maclennan has oversight of Glasgow’s City Deal and a profound understanding of how such agreements have stimulated coherent investment plans for metropolitan areas across the UK. He was also the ‘Knowledge Leader’ on City Deals for the UK’s Economic and Social Research Council reviewing the development, progress and pros and cons of city deals emerging between 2014-17.

“Cities really matter – research shows that high-density, concentrated cities perform better economically. They also contribute disproportionately to national income and innovation and connect us to the wider world,” said Professor Maclennan, who is an applied economist specialising in housing, neighbourhoods and cities.

He said there has been no sustained, substantial fiscal support for Australian cities in the last 25 years.

“City Deals force strategic thinking and encourage governments to have a coherent investment plan, justify it and state what the economic outcomes will be.”

“Housing needs to be prioritised as essential economic infrastructure. From a good planning, good strategy point of view housing investment should be prioritised just like roads and transport,” he said.

In his role as UNSW Visiting Professorial Fellow, Professor Maclennan is in Sydney as the lead contributor on a UNSW CFRC project investigating the economic rationale for affordable housing. The study, commissioned by the Greater Sydney Commission and the NSW Federation of Housing Associations, is due for completion in mid-2017.

Professor Maclennan was the Economic and Social Research Council’s (UK) Knowledge Leader on City Deals and Constitutional Change (2014-17) and is an Economic Commissioner for the Glasgow City-Region overseeing the UK's largest City Deal. He is Professor of Public Policy at the University of Glasgow and of Strategic Urban Management at the University St Andrews. An applied economist specialising in housing, neighbourhoods and cities, he established and led the University of Glasgow’s Centre for Housing and Urban Research, and in the 1990s directed UK-wide ESRC and JRF research programs. From 1999 he spent a decade working in government, as special Adviser to the First Minister of Scotland, as a Chief economist in the Government of Victoria and as Chief Economist in Canada’s Federal Department for Infrastructure and Cities. He has acted as adviser to Ministers in the UK, Scotland, France, Poland and Norway, Canada, Australia and New Zealand. He is fellow of the Royal Society of Edinburgh and a Fellow of the UK Academy of Social Science.