When Abdul Abdullah heard about the campaign to promote respect and inclusivity, he knew he had an important contribution to make. 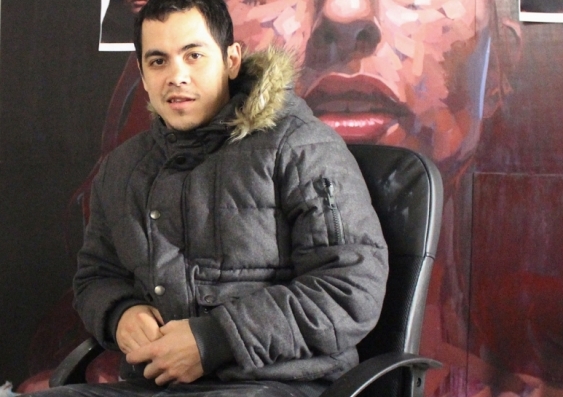 Helping to create a universal symbol for unity: Abdul Abdullah.

After years of managing racist commentary on its social media, Cadbury asked Mr Abdullah to join other artists in creating Symbol for All, a logo and campaign to promote inclusion and tolerance and reject bigotry.

Mr Abdullah is a four-time Archibald Prize finalist. As a seventh-generation Australian Muslim, he said he was compelled to become involved after being contacted by the advertising agency working on the campaign.

“I was asked if I would be interested in working with a company that had recently experienced an online trolling campaign,” said Mr Abdullah. “When I found out it was to do with halal certification, I felt it was something I had to do.”

Cadbury’s ad agency, Ogilvy Melbourne, gathered eight artists, designers and an anthropologist from different cultural backgrounds to create the Symbol for All campaign. 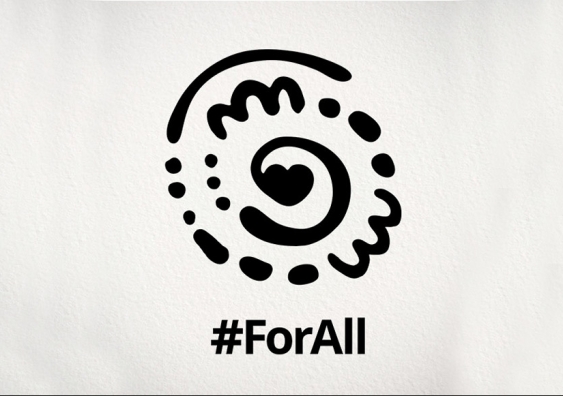 The Symbol for All was created for individuals to customise and use to express their support for a more respectful and culturally inclusive society. Image: Cadbury Australia.

“The Symbol for All was created for anyone to customise and use to express their support for a more respectful and culturally-inclusive community. It represents a universal symbol for unity designed to transcend all languages, cultures and faiths,” said Mr Abdullah.

The artist said the process of designing the Symbol for All was unique and unusual.

“It felt a bit like reality TV. Each day we would work in groups and then come together to discuss the ideas. Eventually we paired the marks down to two distinct designs, and eventually decided on the final mark.”

Although ‘trolling’ of Cadbury’s Facebook page peaked at Easter time, the page was subject to negative and xenophobic posts throughout the year.

Ogilvy Melbourne creative directors Josh Murrell and Sharon Condy said that by “responding to all the negative commentary with a positive solution, we can shine a light on inclusivity and encourage others to do the same”.

In his practice, Mr Abdullah investigates the experience of being an ‘other’ in society and engages with marginalised minority groups.

“I have always been interested in social justice. Being a Muslim in post-9/11 Australia means that I have existed as 'the other' since I was a child. For me it's not about making work 'about' marginalised groups, but rather making work that appeals and serves an audience who can relate to my experience.

“At the heart of my practice is encouraging audiences to afford others the specificity and complexity they afford themselves, and to recognise the moral obligation we have to the people who come after us to leave this world a bit better off than how we found it. I think this campaign aligns with that intention.”

His advice for emerging artists is to “find a community of smart, like-minded people, and work together. I think community is key. Also, work hard and expect plenty of setbacks. Finally, be kind.”

He has exhibited in New York, Singapore and at the MCA in Sydney.

Mr Abdullah holds a Master of Fine Art from UNSW and sits on the UNSW Art and Design advisory board.

What’s your superpower? How to land a job in Silicon Valley