The Faculty is welcoming its alumni community from the period to reconnect for the Alexander Mackie College and City Art Institute Reunion. 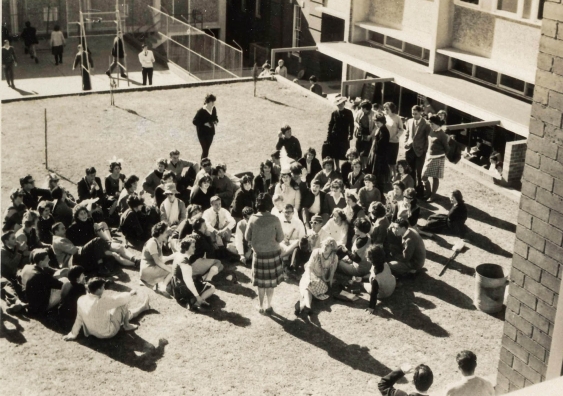 Alexander Mackie College took its name from Professor Alexander Mackie – an influential educationist acknowledged for his contribution to raising the profile of teaching education standards. Its vision was to educate primary and high school teachers in the disciplines of art, music, science and social sciences. The first intake comprised of 175 students.

In 1975 the college was renamed Alexander Mackie College of Advanced Education and, by 1982, it had become two institutes. One, City Art Institute, occupied three campuses across Sydney – in Paddington, Surry Hills and The Rocks.

Celebrated musician and critically acclaimed artist Chris O’Doherty (aka Reg Mombassa) graduated with a Diploma of Art from Alexander Mackie College in 1977. Since his college days, he has worked with Australian surfwear label Mambo, designing many of the brand’s iconic t-shirts and posters. His design, Bush Suburbs, was printed on the lining of the Australian team blazer for the Sydney 2000 Olympics, and he created several more designs for the closing ceremony. Reg’s work also hangs in the Art Gallery of NSW and National Gallery of Australia collections and his self-portrait was a finalist in the 2007 Archibald Prize.

While studying at Alexander Mackie College, Reg formed Australian rock band Mental as Anything with fellow art school students. The artist recalls his time at college when the band took off.

“In the second period of my painting diploma, The Mentals got going and really kicked off. I was spending a lot of time at gigs and rehearsing, while also concentrating on trying to be a good art student!” he says.

Looking back, Reg says he was grateful for the opportunity to meet other like-minded artists.

“The best thing about attending art school is meeting other people who have similar interests and talents to you. The kind of people you meet opens the door to so many opportunities, while you also have guidance and direction from academics.” 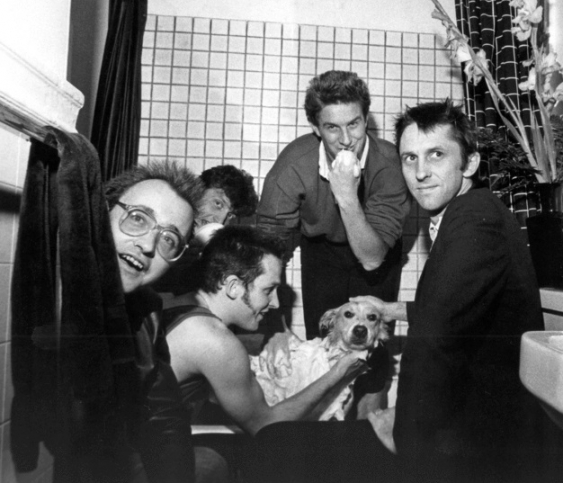 Australian band Mental as Anything. Image from David Gans under Creative Commons, Wikimedia.

Reg went to Alexander Mackie to pursue the disciplines of painting and printmaking.

"Since high school I wanted to be a painter. I started to teach myself, but going to Alexander Mackie College reinforced the things I really wanted to pursue," he explains.

"My biggest benefit from Alexander Mackie was connecting with other people, and being inspired by what other artists and academics were doing.”

Victoria Lynn has built an extensive portfolio of curatorial practice, is the author of three books, and has written more than 70 articles and catalogues. She is currently Director of TarraWarra Museum of Art.

The celebrated alumna and independent curator recalls her time studying a Diploma in Gallery Management at City Art Institute in 1986.

“It was the first year that the course was offered, and it was done with so much anticipation and excitement," she says.

“I was attracted to the fact that the diploma was engaged with the art of our time, and spanned across a consideration of biennales, contemporary art exhibition practice, artist-run spaces and commercial galleries. It was a different proposition to be studying in an art school – we felt the camaraderie between ourselves, as budding curators and arts administrators, and the emerging artists in our midst.”

Looking back, Ms Lynn says a particular internship was pivotal to her becoming a curator.

For emerging artists, Ms Lynn reiterates the importance of “knowing the world around you”.

"It’s really important to engage with the world – visit art exhibitions, participate in artist-run spaces and be part of the community. Art is a world-making activity, and artists and curators can create and immerse us in their own creative worlds,” she says.

The reunion at UNSW Art & Design is a great opportunity for pre-1990 graduates to reconnect.