Receiving the Australian government’s Endeavour Research Award will enable Marco Susino from the School of the Arts & Media to further explore the emotional language of music. 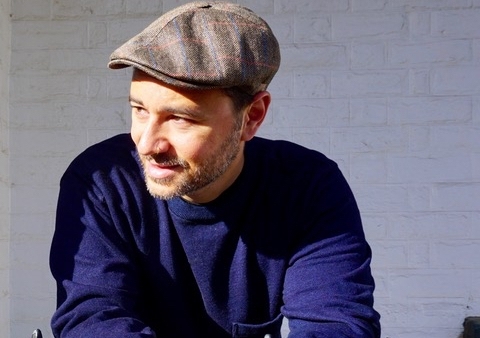 Marco Susino will be working alongside some of the world’s most renowned composers, choreographers and dancers. Photo: Marco Susino

Marco Susino will move to the renowned Juilliard School in New York as a visiting scholar and research fellow to work on his project The Music that Moves Us.

“I feel humbled and honoured,” he says. “I am humbled because of the prestige of the fellowship I am being honoured with, but more so because of the people and institute I am about to collaborate with, artists and academics from The Juilliard School.

“The fellowship will bring an overwhelming wealth of knowledge and will have a profound effect, to be recognised as an international expert in my area of research. To be working alongside some of the world’s most renowned composers, choreographers and dancers will give me a new understanding of artistic and academic imagination, developing practice-based research and exploring new artistic and research areas.”

Marco will co-create six bodies of work with composers and choreographers at Julliard that express specific emotions and investigate how emotion in music is embodied in dance. He will explore the emotional language of music expressed in movement and how psychological processes are responsible for the embodiment of musical emotions. His expertise is in emotion in music, and how these are experienced across cultures and across the arts.

His path to postgraduate research in this field was seeded in India in 2010, when he was performing at a concert that was part of several months of performances throughout Asia. In this concert, he observed some of the audience’s unusual emotional reaction to one of the standard repertoire songs – it was something he hadn’t seen anywhere else.

Noting this, Marco proceeded to investigate and play a recording of the song to people from different cultures. He noted that most North Indian listeners appeared to respond emotionally and similarly to the music, but differently to non-Indian and even South Indian listeners.

This sparked his interest in the field of music psychology and led him to read This is Your Brain on Music, by Daniel Levitin. By the end of the book, Marco was even more fascinated by the subject and decided he had to investigate the effects of culture further. This was his first step on the road to his research career, and eventually winning the Endeavour Fellowship.

As a session musician, Marco has recorded for major labels and enjoyed international performances in Asia, Australia, Europe, the Americas and the UK, including a broadcasted performance for the 2008 Beijing Olympics in China, a performance at the Queen Elizabeth Hall in London, and in 2018 he conducted an orchestra at the Concert Hall of the Sydney Opera House.

In 2017, he received a Gerry Farrell Travelling Scholarship from the Society for Education and Music Psychology in the UK to conduct research in Havana, Cuba, and since 2015 he has been invited to work with world-leading music psychologists on their Australian Research Council (ARC) projects, contributing on the effects of cultural stereotyping of emotion in music.

“Most of us, regardless of our culture, will voluntarily listen to music in our daily lives, most likely because we want music to affect, enhance or affirm our emotional disposition.

“Understanding the processes of how these experiences occur, and if they occur across cultures or not, informs research beyond the discipline of music, but across the fields of creative arts, artistic performance, social behaviour, consumer decision-making, psychology and wellbeing.”

Marco’s advice to postgraduate students is to “stay curious” about their research topic.

“Many of us who embark on an academic career do it for a deep interest to answer a burning question about a topic or field of interest. For me, it is the same curiosity and passion which makes me enjoy what I do and never see it as a job.

“If you appreciate both the ups and the downs, and critically construct and de-construct your own work, in the end, it all contributes to shaping you as a person, as an artist and a scholar.”