Construction is missing out on a huge untapped source of potential talent by marginalising and disadvantaging potential female employees, writes Martin Loosemore. 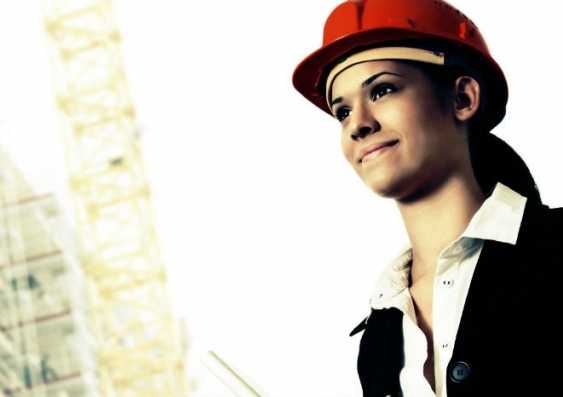 OPINION: No less than 88 per cent of the workforce are male compared to 54 per cent across all other economic sectors. Women’s participation is about two per cent in trades and around 14 per cent in professional and management roles, and women are leaving construction professions almost 39 per cent faster than their male colleagues. Male representation is especially high in Building Services (93 per cent) and in Building Structure Services (92 per cent) and as one works down the supply chain and the businesses become smaller, the under-representation of women becomes steadily worse.

The picture is the same in many parts of the world. For example in the UK construction industry, professional female representation is about 14 per cent and trades are about three per cent. In the EU it is 12 per cent but in Norway its 35 per cent, Denmark 25 per cent and Sweden 18 per cent. In Germany, all publically listed companies from 2016 must work to a quota of 30 per cent female board representation, although the effectiveness of quotas remains hotly contested in countries like Australia where there is little official support for mandatory targets.

What has this got to do with innovation? First, there is considerable evidence from many industry sectors to show that companies with female board representatives consistently outperform those with no female representation. There is also a large body of research going back many years which shows that more diverse workforces which embrace a broader range of views, opinions and ways of thinking are more productive and innovative. Indeed, the reluctance to embrace gender diversity and equity is not only bad business but is morally wrong and is it is staggering considering that many construction employers are having difficulties attracting talent and filling key positions.

Recent research showed that almost 30 per cent of construction occupations are experiencing shortages compared to 20 per cent last year. In NSW, one recent survey found that 85 per cent of construction-related occupations were in shortage and suffering recruitment difficulties. Nationally, such is the potential of greater gender equality and diversity to drive economic growth that the Grattan Institute has ranked the problem as the single most important issue to address in driving up national income and productivity alongside tax reform.

By improving women’s workforce participation rate, particularly in male-dominated industries like construction, Australia could potentially boost GDP by 11 per cent and increase Australia’s economic growth by $25 billion over the next 10 years, before the wider spill-over effects into society as a whole in the areas of health and well-being, pensions, tax income and reducing household debt. That is about $2 billion extra output for the construction industry alone.

So given the potential benefits of greater gender equity and diversity in construction, what are the reasons for the under representation of women? Recent research in the construction sector shows that the reasons are numerous and complex. Not only are women less likely to put themselves up for promotion but there are fewer role models for them to follow and many deeply formal and informal work practices which prevent them progressing. Women’s recruitment, retention and career progression have been shown to be constrained by open and hidden discrimination, poor networking opportunities, cultures of long hours and presenteeism. These cultures do not align with primary family and caring responsibilities, unconscious bias and stereotypes about core construction jobs not being suitable for women, a highly masculinised work culture, and many informal work practices which undermine well-intentioned formal policies to address the problem.

While female participation on construction courses has grown in recent years and while they often out-perform their male counterparts, women who enter the construction industry soon experience disappointment and relative disadvantage due to continuing pay differentials and less development and promotional opportunities than their male colleagues. Although many leading firms are seeking to reverse this trend, in most businesses in the construction industry, men dominate senior positions and positions of power and tend to subconsciously support other men for promotion into positions of influence and progression. And so the problem is perpetuated.

What can we do to make a difference and bring about change?

There is a huge amount of guidance out there on what firms can do to address this problem. A useful starting point is the Women in Male Dominated Industries Toolkit produced by The Australian Human Rights Commission, which is as relevant today as it was in 2013, when it was launched. In simple terms, this indicates that there are a number of key elements which make up an effective gender diversity strategy:

Construction is missing out on a huge untapped source of potential talent by marginalising and disadvantaging potential female employees. But thankfully, awareness of this significant problem within the Australian and global construction industry is growing. Talented women are becoming more confident, and supportive men are fighting alongside them to bring about change and create a level playing field where they can contribute fully in helping the Australian construction industry become more innovative in an increasingly competitive world.