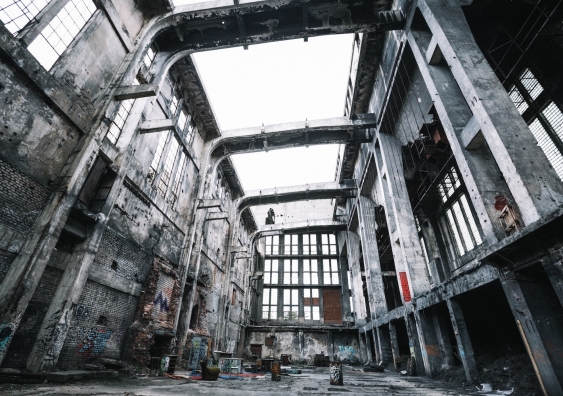 There’s something intriguing about an abandoned building. If you scroll through Instagram, you’ll come across photos that celebrate this very aesthetic. Known as ‘ruin photography’, the genre captures the decline of vacated spaces left to decay. In many ways, it personifies post-industrial cities, and for some, the fundamental need for urban renewal projects within them.

“This imagery is quite evocative and imaginative, but from a non-aesthetic point of view, there could be more sinister forces causing the building vacancy,” UNSW Built Environment’s Dr Cathy Smith says.

The architect and interior designer researches the phenomenon of temporary use in vacant property and says it is crucial not to glamorise the lived experience of urban decline.

“In terms of that proliferation of ruin photography as a broader social media phenomenon, there appears to be a fascination with texture and materiality in those vacant spaces,” she says. “While some of these images can be quite romantic, we do need to remember the problems associated with abandoned spaces in cities, including poverty, crime and issues of safety.” 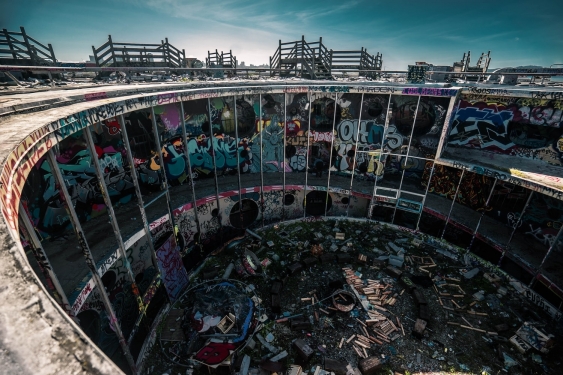 Most photos have a notable absence of people and instead focus on building structure and finish. Photo: Unsplash.

This fetishisation of modern ruins needs to be treated carefully, Dr Smith says.

“Aestheticising a problem can become problematic if we don’t address the underlying drivers of economic, social and cultural decline,” she says.

“There’s often a series of intersecting issues that prompt decline in the first place, particularly in post-industrial cities which have lost [a] considerable manufacturing basis and associated capital.

“But for the local people affected, building vacancy can signify a cycle of poverty and decay, and that’s more of a concern.”

‘Meanwhile use’ of abandoned spaces

New occupancy schemes that deal with the temporary use of empty property are becoming a growing sector in some cities around the world. Notably, London has adopted a ‘meanwhile use’ strategy for areas in need of urban renewal, where schemes reimagine abandoned high street retail, office spaces and underutilised, in-between spaces like car parks.

“Meanwhile use has become an established technique for urban renewal, not only for the unplanned or accidental vacancy but also for property redevelopment,” Dr Smith says.

“So, if there is a vacant building, and the owner wants to do something with the property with a long-term view, but they’re not sure what to do in the interim, their space could be a candidate for temporary uses.”

Dr Smith says meanwhile spaces, as long as they are fit for purpose, may also be perfect for aspiring creatives, entrepreneurs and grassroots initiatives, connecting an underutilised space with a group that temporarily needs it.

“For young emergent creatives with energy, looking to start a new activity or practice with a public-facing function, but who can’t afford a standard retail or workspace tenancy, access to a meanwhile space can help kickstart their careers,” she says. “At the same time, their occupancy also activates a vacant property.” 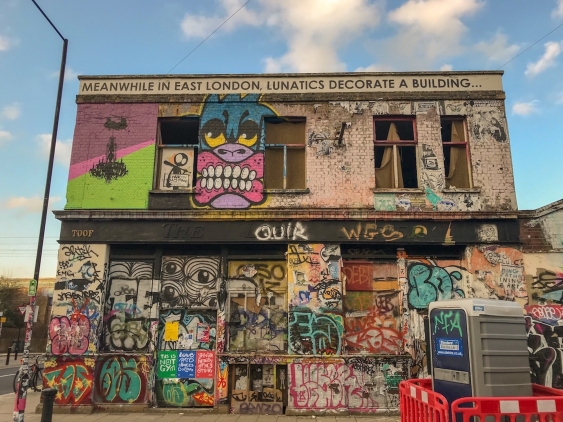 It’s not only proving attractive for creatives and startups. Temporary use spaces are also popular with architects who want to test design ideas and prototypes with low budgets, or councils that wish to trial activations.

“If you’re a local government, you could activate the space and gauge the community reaction to see if it works,” she says. “Socially orientated meanwhile uses may have an educational component and involve students in the local community; for example, they might use a meanwhile space as a gallery or off-campus studio for a day.”

While it is only temporary, the hope is that a meanwhile use space will become more permanent if it is well received. If not, an appropriate exit strategy should be in place for both occupant and occupancy, she says.

The long term of temporary use

Dr Smith believes we may even see an uptake in meanwhile use spaces in the economic aftermath of COVID-19 as part of interim urban activation strategies.

“Meanwhile use often occurs at the interface between commercial or semi-commercial use and community uses,” she says. “We could see a rise in temporary use strategies post-pandemic to rebuild local economies through a social and cultural revival.”

However, she also cautions against the widescale adoption of meanwhile use in all buildings, particularly as housing.

Property guardianship – a specific type of temporary use housing used in London and parts of Europe – has been floated as a response to the housing crisis. But Dr Smith says such initiatives can be problematic if inappropriately managed. They usually preclude demographics such as people with children, have short eviction cycles and may happen in buildings unfit for residential occupation.

“Even if they are paying less than market rent, if people are essentially staying in a property that isn’t designed for a housing purpose on a short arrangement license—so without the protections of rental tenancy arrangements-- that should be treated with caution,” she says.

“Meanwhile use is great for some people, but it’s not a solution to homelessness, as it doesn’t solve the root cause of the problem. We’re better off tackling the core drivers of a housing crisis, including an insufficient amount of genuinely affordable housing.”

Ultimately, anyone exploring the viability of meanwhile use in vacant properties must focus not on the aesthetic, but on people.

“There are more important considerations than aesthetics, like the value of [the] more intangible social and cultural aspects of a place,” she says. “You also have to be cautious that it’s not a trigger for gentrification by using a certain temporary aesthetic to mask social displacement.”