The way in which artists interpret quantum computing and experience new technology were the subjects of the latest Professorial Inaugural Lectures at UNSW. 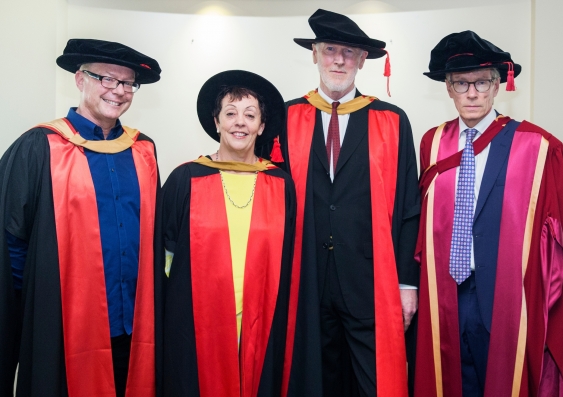 Quantum computing and art traditionally exist in separate silos, but for Professor Paul Thomas, the way they intersect is at the centre of his work and research.

Thomas’s visual interpretation of quantum physics and computing was the topic of his lecture "Uncertainty Art: The space between Art, Science and Humanity" on Tuesday, the fourth by a new professor in the 2017 UNSW Professorial Inaugural Lectures.

Ten newly promoted and recruited professors are taking part in this month’s lectures to mark their achievement, extend topics being taught in courses and showcase their specialist knowledge to colleagues, students, alumni, family and the public.

Thomas originally studied textiles but was drawn to the relationship between art and science and how to communicate the "invisible" dimension of the quantum phenomena.

"Physics and art both work on uncertainty. In art, the uncertainty is whether the work is capturing a reality," said the the UK-born artist, who is Director of the Studio for Transdisciplinary Art Research (STAR) at UNSW.

Last year his work Quantum Consciousness, a visual/sonic collaboration with quantum physicist Professor Andrea Morello from UNSW Engineering, was reproduced on the March 2016 cover of the journal Nature Nanotechnology.

The multi-coloured image was based on data captured from high-speed microwave signals affecting a phosphorous electron. For Thomas, the process creates an analogy between human thought and quantum computer thinking.

"When we make art in this way we take scientific research into humanities to create a new discourse," he said.

"As an artist I’m interested in the other side of technology. In particular, how quantum computing will outstrip binary computing and potentially shift the way we think, especially with the development of artificial intelligence." 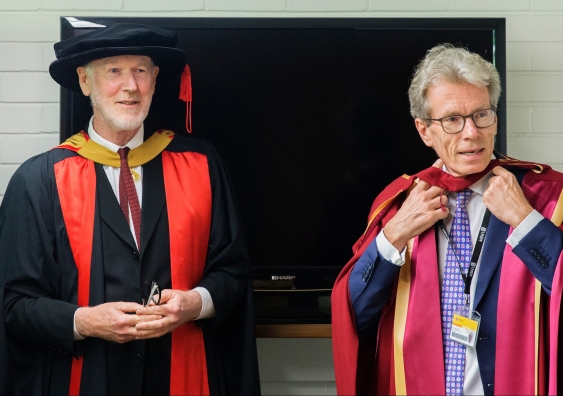 A similar overlap between art and technology was the subject of Professor Anna Munster’s lecture "How Bodies and Technologies 'Matter' to Each Other".

Munster, Acting Deputy Director of UNSW's National Institute for Experimental Arts, discussed how our relationship with media and technology can change by engaging with the senses through artist-designed interfaces and audio-visual environments

"When people encounter virtual reality (VR) technology we often believe we are leaving our body and going into a virtual world. My research is about the way we should approach this differently," she said.

Munster said the technology sector often "fails to think, enact and to compose relations between bodies and technologies in imaginative ways".

"It continues to imagine a world that is organised dualistically: virtual reality is characterised as so immersive you leave your body behind. Bodies are often on one side and technology on the other."

She referenced the work of early VR artists such as Char Davies, who created a harness that responded to a participant’s breath as they moved through interactive spaces, as informing her current research.

The connection between how the body and technology relate is the basis of the audio-visual installation pull, her latest work in collaboration with Michele Barker, that will tour Australia for the next three years.

"It’s about the experience of being submerged under a wave. I’ve tried to capture the feeling of time being drawn out using high end imaging and technology," Munster said.

"Working as an artist since the 1980s, I always experienced technology in a bodily way and became aware with new technology of the myth that it is a passageway out of your body. I’m trying to bring a different way to engage with technology."