Opinion Why I will never buy a new apartment in Sydney

We used to think '60s apartments were austere and badly built. Now, they appear as paragons of generosity, grace and certitude, writes Elizabeth Farrelly. 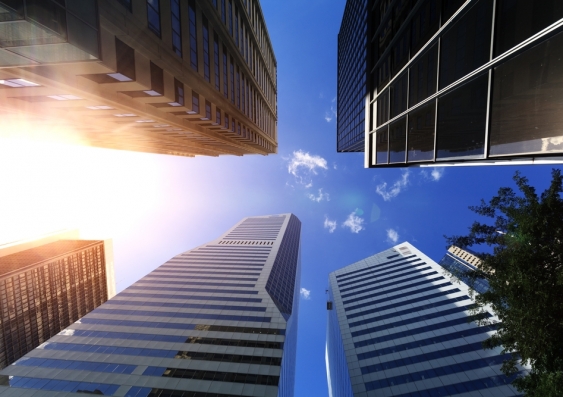 OPINION: Do you know how much I would not buy a new Sydney apartment? Happens I've just sold my house and am vaguely considering a flat. But I'd think a thousand times before taking on one of the cookie-cutter white boxes spewing from the development industry in the name of "solving the housing crisis". Why? An entire flotilla of reasons, from dishonesty and outright danger to ugliness, insecurity and an abuse, frankly, of the idea of home. Caveat emptor all right. Buyer be(very)ware.

The development industry brays constantly about housing unaffordability, as if they couldn't solve it at a blow, if they chose, by accepting a small-to-reasonable profit instead of gouging.

"Apartment approvals dropping," ran the Urban Taskforce's press release of January 10, as though "approvals" were essential to social wellbeing. "Urban renewal lags behind", ran subsequent releases; "Next premier must continue to drive Sydney's growth" – as though Sydney weren't already gripped by its biggest building boom ever, and most of it apartments. "Minister Roberts must drive housing supply."

G'awn. Pull the other one. As if the confluence of cheap money, global instability, overseas investors, negative gearing and off-the-books rentals weren't making Sydney a guaranteed seller's market, keeping prices rocket high regardless of supply. As if.

We should at least quit pretending. The real result of government red-tape snipping is a vast slew of potential future slums. Far too often shoddy, infuriating, ugly and dangerous, they're the very opposite of sustainable density; designed to enrich developers and lawyers for decades while diminishing both the private amenity and public pleasure of this lovely, impossible city.

Even at the 2011 census (says UNSW's City Futures Research Centre), 27 per cent of all greater Sydney dwellings were strata titled. Since then, strata apartments have been the fastest-growing sector in this wildly overheated industry. Contrary to the propaganda, this crazy growth is not the solution. It's the problem.

Dangers are legion. Quite apart from design issues – a prevailing meanness, sterility, sameness and joylessness – there are practical issues.

The most glaring is buying off the plan. Clearly, developers love this, getting cash up front. Less great for the human. You're liable for stamp duty a year or more before settlement; you can find your contract rescinded if the developer thinks your apartment has inflated past the agreed figure; and, most depressingly, the apartment you finally get can be far shoddier than agreed in finish and fit-out, and perhaps 20 per cent less in area, no comeback.

A sensible person would refuse to shell out for such an abstraction, insisting on something she could touch, smell and measure. But even so, she'll likely fall in.

One reason is private certification. We've now had almost 20 years of this shrugging-off of government responsibility for building adequacy to the private sector – as paid (you guessed it) by the developer. Has it worked? Not exactly.

Even where adequate standards exist, they're seldom mandatory, and more seldom enforced. Geoff Crittenden, chief executive of the Welding Technology Institute of Australia, predicts public danger from faulty footbridges, buildings, silos made of cheap and poorly fabricated imported steel: "about 85 per cent of the 600,000 tonnes of fabricated steel imported into Australia every year is non-compliant."

As to fire, Michael Lambert noted, "there is no certification process based on accredited certifiers to properly assess fire safety systems". Says strata lawyer Suzie Broome: "It's amazing how many buildings today aren't fire compliant from the get go ... In the rush to buy into the hot property market, buyers are spending less time considering the contract and the actual product than they do visiting a car yard to buy a car."

The most dramatic instance was the Lacrosse residential tower in Melbourne Docklands where a cigarette butt left on a balcony engulfed 13 storeys in flame within 15 minutes. The cladding material was Alucobest, a Chinese composite panel indistinguishable from Alucobond – until you add the match.

CFMEU's Michael Connor: "This product is rife. It's used in buildings throughout Australia ... particularly in high-rise buildings." Inspections? Pah! Who pays the piper calls the tune.

For almost a year, the government has promised to "fix important information gaps about certification" – but it hasn't happened yet. Everywhere you look are buildings with shonky-looking plastic wood balconies or faux-metal sheet cladding that waves and buckles in the wind. It's what the building industry calls "investor-grade product."

Then there's the strata system itself. We act like an apartment is a simple commodity, like a house. Not so. You don't buy a dwelling. You buy the space between the paint finishes, and a share in the physical fabric. This locks you into a corporate decision-making system for which most Australians are unprepared; a system where (despite the new Strata Act's supposed "checks and balances") a majority can force you to sell for demolition, and where prodding your owners' corporation to act fairly, insure wisely, read documents intelligently or remediate promptly can bring years of nightmare.

Add the jellyfish issue of short-stay holiday letting (aka Airbnb), which can turn your building into a relentless  party-house that affords you neither peace nor control – yet which a NSW Parliamentary Committee recently recommended for across-the-board "exempt and complying" acceptance.

Magnify each of these problems by the growing preponderance of "large" schemes (more than 50 dwellings), and of majority owner-investors (now 52 per cent of Sydney schemes). Then you get close to the gist.

We used to think '60s apartments were austere and badly built. Now, they appear as paragons of generosity, grace and certitude. Indeed, perhaps today's tacky eggcrate-itecture, with its pervasive message of "you lambs, we slaughter" is less aesthetic failure than successful and timely metaphor.

The real politics of envy isn't about wealth: it's about the city we wish we had