Opinion A first look at the 19th Biennale of Sydney

The Sydney Biennale is an occassion for significant cultural exchange between artists and is well worth visiting, but lovers of the contemporary will find the Adelaide Biennale more compelling, writes Joanna Mendelssohn. 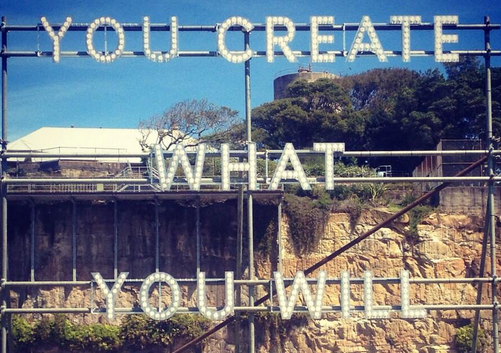 OPINION: Over its 41-year history the recipe for a successful Biennale of Sydney has remained remarkably consistent. There are three ingredients and all three need to work in harmony for the exhibition to properly succeed.

The first is to include works or artists who have been prominent at recent major arts events in other distant parts of the world.

When the Biennale started, international air travel was about 10-times more expensive than it is today and the world wide web wasn’t even a glimmer in Tim Berners-Lee’s eye. In those early years the Biennale was crucial for eliminating cultural distance.

But as the Biennale has evolved from an elite event into a genuinely popular art festival, many (indeed most) who attend are not the normal habitués of the Venice Biennale, the Kassel Documenta, the Whitney Biennial or the like. As many international artists travel to install their work, Biennale time has become an occasion for significant cultural exchange between artists and a development opportunity for students.

By this measure, the 19th Biennale of Sydney, directed by curator Juliana Engberg, is a success.

Its signature image comes from Scottish artist Douglas Gordon’s 2011 installation Phantom, well presented at the Museum of Contemporary Art, which also shows fellow Scot Jim Lambie’s Zobop, a 2014 reworking of an idea with masking tape that saw its first outing in Glasgow in 1999.

The persistence of this colourful hard-edge approach to art, combined with the political protests that preceded the launch, gives the whole exhibition a sense of living in the late 1960s when hard-edge was king and protests were on the streets.

There is a surprisingly large proportion of work from the Anglosphere this time round, but to my mind the more interesting works come from elsewhere.

One of the most beautiful installations is Romanian artist Mircea Cantor’s Sic Transit Gloria Mundi, which combines video, words written in dynamite caps and a giant double helix, made out of safety pins – all pointing to the beauty and the fragility of life.

Even more compelling is Chinese artist Yingmei Duan’s installation – Happy Yingmei, made originally in 2011 at the Lilith Performance Studio in Malmö.

For the duration of the Biennale, she is living in a “cave” in the Art Gallery of New South Wales. Here, at the end of a leaf-strewn path, she sings and as the visitor progresses she approaches them. When I saw her, she pressed a note into my hand. It reads:

I have a good friend from Zimbabwe. He and his family struggle to survive. Could you please look on the internet to see what life is like for people living in this country?

But the song never stops. It is an uncannily beautiful work.

The outstanding piece at Cockatoo Island on Sydney Harbour is the Norwegian Tori Wrånes‘ BOBO This I can’t tell you. The combination of brass music, song, a giant stone pendulum and the artist dressed as a troll is both compelling and unnerving. The work dates from 2009 but is by itself enough to justify the ferry ride from Circular Quay.

Other choices are less fortunate. Danish duo Randi & Katrine’s The Village is described as “a parable and a representation of a community ideal”. Unfortunately placed in the rugged industrial context of the Turbine Hall it looks like a tryout for a department store’s Christmas installation. All it needs is fake snow and Santa Claus.

The second element for Biennale success is that the exhibition includes works by local artists – both the edgy next generation and well-established stars.

Putting our art in context is central to developing a visual conversation. Engberg’s is a curiously unadventurous selection. Most of the artists have exhibited in many earlier major survey exhibitions – in the case of the Melburnian Callum Morton even at the Venice Biennale.

One of the few works to reach beyond the slick is Angelica Mesiti’s In the Ear of the Tyrant, a traditional lament for impending doom, sung in a cave in Sicily. Michael Cook’s digitally manipulated photographs play tricks that work, so intelligence and humour aren’t the problem.

Hanging it all together

The difference between a merely adequate exhibition and a very good one is the way the works are placed in conjunction with each other to create a coherent argument or compelling narrative.

While there are small sections of the Biennale that do this – such as the videos linked by the black caves of Carriageworks anchored by Gabriel Lester’s creepy house, and the way Danish artist Eva Koch’s giant I am the River meets Tori Wrånes' BOBO This I Can’t Tell You – most of the exhibition lacks a sense of any overarching curatorial direction.

There is more visual coherence in the installations at the Art Gallery of New South Wales and the Museum of Contemporary Art, but that is because both the spaces and staff can make anything look good. The new huge bays at Carriageworks in Redfern are brilliant for showing videos – but visitors will need to bring their own torches as a devotion to black makes navigation difficult.

It is perhaps unfortunate that this Biennale coincides with the Adelaide Biennale, which shows that it is possible to create a passionate argument with art working together on many levels within a survey exhibition.

Sydney-dwellers should definitely spend some time at the Biennale of Sydney, and try to pick up on the public programs. Those from interstate who are planning a Sydney visit should certainly include it on their itinerary. But international lovers of the contemporary, who will be familiar with most of the Sydney art, should make sure they don’t leave the country without visiting Adelaide.