A COFA digital media graduate has hit the Hollywood big time, with a nomination for one of the animation industry's highest honours. 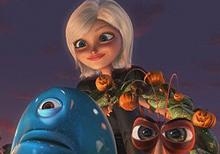 Animator and COFA digital media graduate Phillip To has been nominated for an Annie Award, the animation industry's highest accolade.

At just 26 years old, To has been nominated in the Individual Achievement category for Best Character Animation in a Television Production for his work on Monsters vs. Aliens: Mutant Pumpkins from Outer Space - DreamWorks Animation. He is one of only five animators to be recognised as a finalist in the category.

The animation was produced as a Halloween special for the United States and was screened in Australia on the Seven Network in November.

The Annie Award winners will be announced at the 37th Annual Annie Awards ceremony in California in February.

The Annie Awards are presented by the Hollywood-based International Animated Film Society, ASIFA.

How digital media blur the border between Australia and China