Australian press photographers help record Australian history. So what are we to make of Fairfax's decision to sack its staff photographers and instead source photos from a digital database in the US, asks Phillip George. 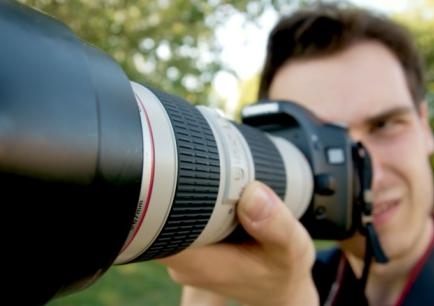 OPINION: In the documentary Gallipoli from Above, an Australian production that recently aired on ABC TV, Hugh Dolan, author of 36 Days: The Untold Story Behind the Gallipoli Landings argues that at 4am on April 25 1915, the Australians landed 4,500 men in the dark. The soldiers took the Anzac Cove beachhead (Z Beach) in 20 minutes, which was a tactical surprise to the Turkish defenders.

The Australian war correspondent Charles Bean landed with his camera six hours later. He stepped ashore, walked up the beach, stopped, turned around and took a photograph of the beachhead. His photograph shows just one dead solder laying at the shore line. Bean went on to document the Gallipoli landing, an event that has become deeply ingrained in the fabric of Australian culture and mythology. Bean’s photographs are a critical link to our national memory and heritage.

One of the issues at stake is the major cuts to the photographic departments of mastheads around the country. Some 30 picture department staff are set to lose their jobs and Fairfax will make greater use of images outsourced from Getty Images.

This being so, we need to ask just who will be left to record our history? How many Charles Beans could Australia now produce? Will we ever again see the remarkable likes of another Neil Davis, who recorded unforgettable images of the Vietman War and died on the job in Bangkok in 1985? Or the laser-sharp insight of a Michael Ware, who reported from Baghdad during the Iraq War?

Press photographers help record the first draft of history. That being so, is a cost-effective digital imaging database housed on a server somewhere in the United States actually a reliable mechanism to represent Australian visual history?

Well, maybe. After all, it was two contract photographers who were staking out Jamie Packer’s Bondi Beach apartment block, waiting for a first sighting of Miranda Kerr when they scored an unexpected money shot over the weekend.

Photographs and video footage of a good old-fashioned Australian punch-up between Packer and David Gyngell reportedly scored the photographers' media company more than A$250,000. The contractors are working the way many photographers now do, supplying images to digital databases on a contract basis.

The punch-up images were the focus of an intense bidding war between a range of very interested parties. When the images were locked up in this process the story had no real legs – but when News Limited published them, the story went global. No photos, no real interest in the story. In this day and age footage matters.

Paradoxically in an age where the image is everything and everyone has a form of a camera in their mobile phone the livelihood of press photographers is under extreme financial pressure.

Our way of seeing the world and documenting it has digitally shifted. Citizen journalist with mobile phone cameras and Facebook accounts helped advance the the Arab Spring. Ben Lowy’s iPhone photograph of super storm Sandy hitting New York was published on the cover of Time magazine, a first.

At Gallipoli we had the views of just a few – now we potentially have the views of everyone with a digital device and the ability to be in the right place at the right time or the wrong place at the wrong time. Many Australian solders in Iraq and Afghanistan had helmet cameras while on patrol. I wonder what the Australian War Memorial, an institution that Charles Bean helped establish, will be doing with this footage. When will we see this version of history displayed?

There is a vast difference between a citizen happening to stumble upon an event with a smart phone and a professional photojournalist with their vast professional experience deciding to be at a specific place at a specific time to document history unfolding. What price will we pay to support the latter?

It costs nothing for the networks to ask their to audience send in their mobile phone photographs or video footage. Neil Davis made a decision to be, as it turns out, in the wrong place for the right reasons and he paid with his life.

Phillip George is an Associate Professor in the School of Media Arts at COFA.