The shocking incidents of abuse at the Don Dale Youth Detention Centre are not isolated occurrences, writes Chris Cuneen. 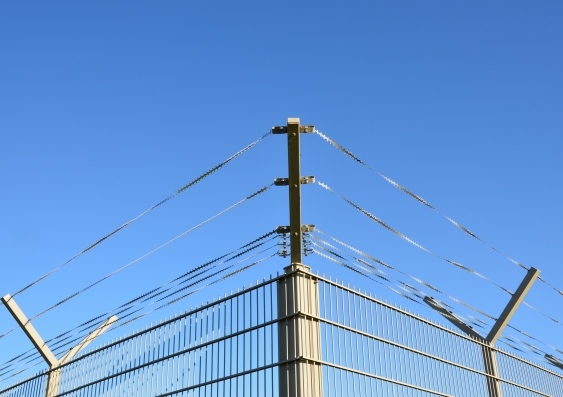 OPINION: The controversy over the appalling treatment of young people in the Don Dale detention centre and the announcement of a royal commission into juvenile detention in the Northern Territory raises some important questions about how we arrived at this point.

On the face of it, Australia has a relatively comprehensive complaints-based system for children and young people in detention. All states and territories have various investigation, review and reporting procedures in place.

Inspection, monitoring and complaint bodies include the children’s commissioners and guardians (federal and all states and territories), Ombudsman (all states and territories), Official Visitor Schemes (New South Wales, Victoria and Queensland); and the Office of the Inspector of Custodial Services (Western Australia and NSW). Many of these organisations conduct both announced and unannounced inspections of places of juvenile detention.

Since 2010 we have seen numerous reports from these monitoring bodies detailing complaints similar to the problems identified at Don Dale.

In 2010, the Victorian Ombudsman investigated allegations of serious staff misconduct at the Parkville Youth Justice Precinct, including staff inciting fights between detainees, assaulting and restraining detainees with excessive force, and supplying contraband including tobacco, marijuana and lighters.

The Ombudsman reported that the centre was overcrowded, and many of its design features were unsuitable for a custodial environment for young people and posed a number of health and safety concerns. These included:

Some 36% of the staff did not have a Working with Children Check on file. The Ombudsman determined the facility was inappropriate for custodial purposes and was in clear breach of the UN Rules for the Protection of Juveniles Deprived of their Liberty, and a number of domestic safeguards.

Prior to its closure in 2015, the Kariong Juvenile Justice Centre in NSW was the subject of widespread criticism following a number of incidents relating to the treatment and control of detainees. A 2011 NSW Ombudsman report identified problems with the centre’s rehabilitation programs. The report also highlighted a lack of case management by detention centre staff, particularly for young people with mental health issues, and criticised the length of time detainees were kept in isolation.

In 2012 the Queensland children’s commissioner released a report into the use of force in detention centres. The report followed an investigation into six instances where young people sustained significant injuries, including fractures of the wrist, arm fractures, and a dislocated shoulder.

The commissioner found that the:

… incidents highlight the potential problems with the force techniques approved for use on young people in youth detention centres.

In January 2016, it was reported that an 11-year-old Indigenous boy detained at the Brisbane Youth Detention Centre was allegedly assaulted by youth officers, leaving him with two black eyes and a broken cheekbone.

These reports raise important concerns about the ability of our current monitoring system to tackle institutional and systemic problems that occur to varying degrees in all states and territories. These include abuse and the use of excessive force.

At a broader level, these systemic problems negatively affect Australia’s compliance with children’s rights. One important step forward would be for Australia to ratify the Optional Protocol of the Convention Against Torture (OPCAT). Ratifying OPCAT would provide a system of regular inspections to places of juvenile (and adult) detention by the UN and through the establishment of a National Preventative Mechanism (NPM).

The NPM would also monitor other places of detention including mental health facilities and immigration detention centres. Australia signed the OPCAT in 2009, but is yet to ratify the protocol.

So, given all of this, what difference will a royal commission make? It may well assist in uncovering the truth behind the mistreatment of young people in NT detention and sheeting home some responsibility. But we are left wondering why our regulatory systems have failed, not only in the NT but throughout Australia.

There are good arguments for expanding the royal commission to include juvenile detention nationally, and also for specifically considering the dramatic over-representation of Indigenous children in detention. These need to be balanced against what we already know about both these systemic problems, their solutions, and the likelihood that an expanded royal commission could take years to complete, further delaying any action.

Chris Cunneen is Professor of Criminology at UNSW.