While many fortunes have been accumulated through hard work and invention, many more are the result of unfair advantage, new research shows. 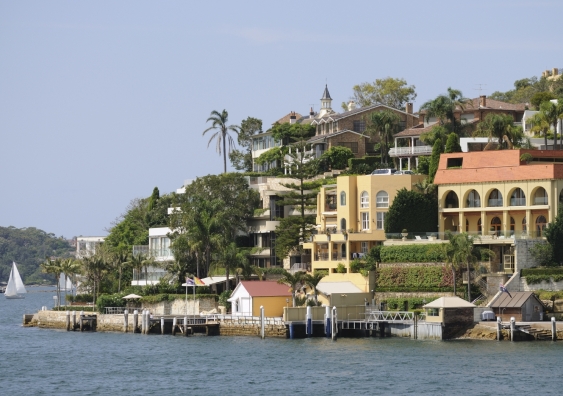 Between 2027 and 2403 stands an ever-widening gulf. These Sydney postcodes have come to represent economic inequality in Australia today. The land that likes to think of itself as offering a “fair go” for all, tells a different story on closer examination.

The 2027 postcode includes Point Piper and Darling Point in Sydney’s exclusive eastern suburbs and is home to Australia’s richest individuals, with almost 6000 earning an average taxable income of $177,514.

By contrast, in 2403, home to residents of Myall Creek and Delungra, life is rather tougher. Workers here earn an average taxable income of $21,691, meaning it would take them eight years to earn the same as Point Piper residents earn in a single year.

This is just a snapshot of income. When we turn to wealth – primarily assets and property – we find it’s becoming more concentrated in the hands of fewer people. Australia’s household wealth has grown rapidly during the past two decades, driven primarily by property prices.

Wealth disparity is much greater than income disparity according to Australian Bureau of Statistics figures from 2012, with those in the top income quintile having 71 times more wealth than the bottom quintile. Or, put more dramatically, the 1.73 million households on the bottom rung of the ladder have less wealth than the top 10 wealthiest families in Australia.

Excessive inequality in any society is widely recognised as damaging. A recent report by the Australian Council of Social Service (ACOSS) details the effects and notes that Australia’s inequality is above the OECD average.

“The effect is divisive and is threatening the wellbeing of our communities and the long-term stability of our economy,” says ACOSS chief executive Cassandra Goldie.

Like others, ACOSS advocates solutions through fairer taxation and more generous income payments to the unemployed and those unable to work.

However, there is a different narrative taking shape around inequality that sees the problems as largely ones of cronyism and political favours.

While there are those whose fortunes have been accumulated through hard graft and invention, there are many who have risen to the top through unfair advantage, says Gigi Foster,​ an associate professor in the school of economics at UNSW Business School.

In Rising Inequality: A Benign Outgrowth of Markets or a Symptom of Cancerous Political Favours?, Foster and co-author Paul Frijters from the University of Queensland looked at the 200 richest Australians from the BRW Rich List in 2009 and found that the majority were beneficiaries of political favours – rather than innovators or superstars.

“Over 80% have made their fortunes in property, mining, banking, superannuation and finance – all heavily regulated industries in which fortunes can be made by getting favourable property re-zonings, planning law exemptions, mining concessions, labour law exemptions, money creation powers [and so on],” says Foster.

‘Instead of the result of natural market forces, inequality through this lens is the result of efforts to circumvent the competitive market through obtaining special favours via the political process’

“Instead of the result of natural market forces, inequality through this lens is the result of efforts to circumvent the competitive market through obtaining special favours via the political process.”

In another survey of the connectedness of the wealthy elite – published in the Journal of Comparative Economics and reported in The Washington Post – a global league table puts Australia third, behind Columbia and India. It shows that 65% of Australia’s richest people have amassed their wealth with the help of political mates or cronyism.

The research becomes even more interesting when the league table positions are compared with economic growth in the same countries. What emerges is that wealth inequality arising from political connections appears to have a negative effect on a country’s economy – far more so than income inequality or poverty, according to the research authors, Sutirtha Bagchi and Jan Svejnar.

The reason for this, they explain, is that when wealth and power concentrates in the hands of a business elite, the members of that elite can increase prices for consumers, control access to funding, silence opposition and stifle competition.

In other words, they can influence government policy in a way that hurts the broader interest.

This is partly due, he says, to the sheer volume and complexity of the legislation that passes through state and federal parliaments making it difficult to monitor and evaluate.

In his report, Corporate Power in Australia, co-authored with David Richardson, Denniss identifies the four industries that wield the most power as superannuation, banking, mining and gambling, which “exert their influence through campaign contributions, influence over university funding, sponsorship of think tanks and in other ways”.

Direct or indirect lobbying can result in deals that are favourable to certain businesses at the expense of other businesses and the wider public interest.

Consider the announcement last month by the federal government to defer any decision on changing section 46 of the Competition and Consumer Act, which regulates unilateral conduct and market power.

Small businesses were hoping that a recommendation of the government’s (Harper) Competition Policy Review, to introduce an “effects test” into section 46 to establish anti-competitive behaviour, would be implemented.

Peter Strong, CEO of the Council of Small Business Australia believes that the big business lobby put paid to that.

“The fact is that the biggest companies Australia has ever seen and their union, the Shop Distributive and Allied Employees' Association (SDA), use their influence and resources to control competition policy to the detriment of productivity, retail diversity and innovation,” Strong says.

According to Denniss, small changes in policy can deliver huge windfalls to select groups while imposing small costs on a large group.

“A policy change that costs each of Australia's 23 million residents a dollar per week would collectively cost us around $1.2 billion a year. A private company that thought it might gain 10% of that cost ($120 million a year) would be highly motivated to engage lawyers, economists and lobbyists to help ensure the policy went ahead while few if any 'rational' individuals would spend much time or money to protect their $1 per week,” Denniss says.

In some cases, companies don’t even pretend to be subtle about manipulating government policy. A casual perusal of the historic cases and those presently being investigated by the NSW Independent Commission Against Corruption (ICAC) shows how frequently business and government get into bed together and stray on to the wrong side of the law.

In October this year, the High Court threw out a challenge to the laws on political donations brought by property developer and former Newcastle mayor Jeff McCloy. Donations to political parties from property developers are banned in NSW and there is a cap of $5000 on others. ​

McCloy and an associated company admitted making direct and indirect donations that exceeded the limit, arguing audaciously that he had a right to gain access to politicians, acquire influence and advance the interests of business as part of the constitutionally protected participation in the system of representative government.

The fluidity between politics and business is evident in the number of successful corporate figures appointed to positions of power and influence. And, in the other direction, a lucrative corporate position can await retiring parliamentarians. After a career in the Howard government, 10 former ministers moved into the lobbying industry and interest groups.

Unlike other developed countries, Australia has no wealth tax, inheritance tax or gift duties, though they potentially provide a direct means of curbing rising wealth inequality.

Stemming the growth of a wealthy elite would require bold policy decisions that address issues such as this. But while politicians remain in thrall to the super-rich, not only do individual citizens pay a hefty price, so too does the nation.

According to Foster, policy solutions are available, ranging from salary caps to reforming the finance industry to public auctions of rezoning favours.

“Coming up with solutions is not the hard part. The problem is that those who can block such progressive changes are often themselves members of this 21st-century old boys' club, and don't have the courage to do what's right for Australia instead of what's good for them personally," she says.

This article was first published in UNSW's BusinessThink.

Economists' poll says we can fix the banks. But that doesn't mean we will