Opinion Americanised universities? There might be nothing wrong with that 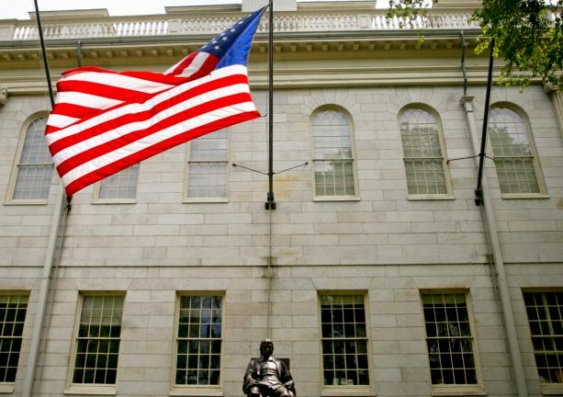 OPINION: In the pitched battle over Christopher Pyne’s proposed reforms to higher education, the term “Americanisation” is freely bandied about – and the connotations are invariably negative.

But the facts about American higher education belie common Australian worries about affordability and quality.

Headline tuition rates at the top American universities are much higher than is conceivable in Australia.

But US universities give big scholarships to lots of students, significantly reducing the effective cost of degrees. And these scholarships are targeted on disadvantaged students. America’s leading universities practise “need-blind” admission. Get in on merit and the university will make sure you can afford it.

This is what Australia’s best should strive for if the government’s reforms make it through the Senate.

At the same time research intensive does not equal quality in the US. Elite “liberal arts colleges” specialise in undergraduate teaching. They attract many of the very best students, students who could go to the Ivy League but actually prefer teaching-focused institutions. Under Pyne’s reforms, some Australian universities could and should try to emulate this approach.

The first thing to note about these American comparisons is that they concern private not-for-profit universities such as Harvard and Yale and liberal arts colleges like Swarthmore and Williams.

Private for-profit providers Kaplan and the University of Phoenix operate in a completely different world. So too do public universities led by Berkeley and Michigan that continue to be subject to the kinds of regulation Pyne wants to end.

Labor began the deregulation process in Australia by removing course caps, in essence giving students education vouchers and forcing universities to compete for them. But the Rudd-Gillard government kept a lid on the cost of undergraduate degrees for local students.

No surprise that university enrolments mushroomed in this “demand-driven” system, as did the unfunded government liabilities associated with Canberra’s subsidisation of different degrees.

Now the Coalition wants to reduce the subsidies for educating Australian undergraduate students by 20 per cent, but to allow universities to charge whatever they want for undergraduate degrees on top of the direct government contribution.

Pyne promises a brave new world of more price competition for degrees and more specialisation in university missions – and hence better outcomes for students. Critics foresee a much darker future in which disadvantaged students are priced out of the market and universities dumb down into high volume and low quality teaching factories.

Post-Pyne, some universities would no doubt charge more for undergraduate degrees, because their market value is higher than the current government-capped prices. Just look at the much higher prices they charge international students for the same degrees.

Some universities may prioritise teaching over research. Research drives rankings and reputation as well as enhancing teaching. But this comes at a price because the government does not pay the full costs of research.

Are higher sticker prices and teaching-intensive universities really so bad? The American evidence says “no”.

Undergraduate tuition rates at the top 20 American universities cluster around $50,000 per year, nearly $20,000 more than we charge international students and almost $40,000 more than our universities receive from the government to educate arts, business and law students.

But what American students actually pay for these degrees is much lower than the gaudy sticker price. US News and World Report estimates that the effective price students pay for a top 20 education is less than $25,000 per year.

What really happens is that only students from families with annual incomes above $200,000 pay full tuition in America. Everyone else, commonly more than 50 per cent of students, receives scholarships, with amounts aligned with need. This need-blind admissions policy is used by the best 50 American universities, guaranteeing that no qualified student will be priced out of study.

The money for needs-based scholarships comes from two sources. About a quarter of revenue from students paying full tuition is put back into financial aid for disadvantaged students. Pyne envisages something very similar in Australia. But the bulk of need-based scholarships come from philanthropy, and the wealthier the university the bigger the scholarship pool.

Given that gift income for American universities is at least an order of magnitude higher than for Australian ones, a focus on more scholarship donations would have to go hand in hand with Pyne’s reforms.

Since scholarships already comprise a significant portion of giving to Australian universities, ramping up philanthropic support is feasible.

What about worries that teaching-focused institutions are lower quality?

Americans don’t think so, judging by the tuition students pay.

This means the best American students, no matter what their socio-economic background, have a choice. Some opt for the more intimate confines of liberal arts colleges, with more of a focus on teaching and less on lab research. Others choose bigger universities with greater access to cutting-edge research. Different paths to a degree. No difference in quality.

Our top universities all are wedded to the research track. But post-Pyne some Australian universities could follow the liberal arts path, by ploughing back into education some of the teaching revenue they currently use to cross-subsidise research. They would take a hit in research based university rankings. But arguably educational quality would improve.

Put it all together and the education minister is to be commended for thinking big and bold. But radical change always creates uncertainty and anxiety.

Rather than fearing Americanisation, the US experience suggests that Pyne’s reforms could well improve higher education without hurting access.