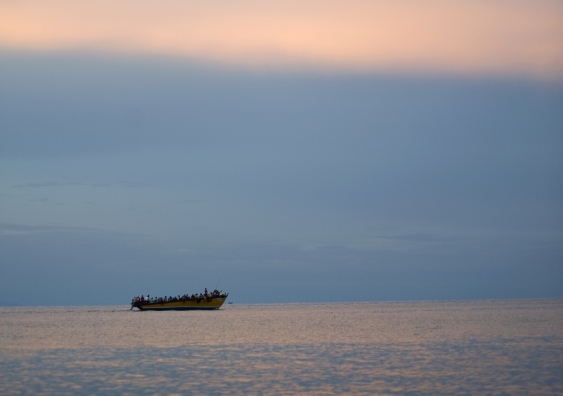 OPINION: When Immigration Minister Peter Dutton confirmed last week that Australia had returned 46 Vietnamese asylum seekers who were held at sea, his press release stated that "we were assured that they did not have a claim for protection". The release did not clarify exactly how this assurance was obtained. What we do know is that without a principled, fair and efficient refugee status determination procedure, it is impossible to say whether these people were refugees or not.

A principled status determination procedure is essential to ensuring that a person is not returned to persecution. Yet history shows us that it can also be an important part of a government's message to the Australian public, used to circumvent politicised or negative discourse about asylum seekers.

MacKellar implemented a system of RSD to ensure that Australia could respect its obligations under international refugee law.

This RSD procedure also served a strategic purpose. RSD enabled the government to maintain the appearance of control over the arrival of the boats.

When MacKellar announced that Australia would accept only "genuine" refugees, he was simply stating the basic objective of an RSD procedure. This is often overlooked in historical analysis of this period. As UNHCR noted in 2001:

Under this procedure, Vietnamese boat arrivals were assessed against the criteria set out in the Refugee Convention (a matter of law), and against broader humanitarian considerations (a sign of goodwill). A UNHCR representative was closely involved, acting as an observer to the integrity of decision-making.

A survey of Immigration media releases during this period show that once the Fraser government had announced the establishment of an RSD procedure, references to individual status determination became a central part of the minister's public message. In Parliament, MacKellar circumvented references to the boat arrivals as "illegal immigrants" by noting the existence of mechanisms for formal processing.

When MacKellar spoke of "genuine" refugees, he knew full well that the Vietnamese were likely to be "genuine". Indeed, most people fleeing Vietnam were refugees, just as most Syrians are today. Yet opinion polls conducted between 1977 and 1979 showed that one quarter of respondents thought the government should stop the asylum seekers from arriving, and more than half thought Australia should limit the number received. MacKellar told cabinet that the RSD procedure would allow the government to defend itself against claims that the boat arrivals did not merit Australia's protection.

By emphasising the importance of RSD, the government gave due effect to Australia's international legal obligations while also reassuring an anxious public. Australians were encouraged to understand that those who had arrived spontaneously, without visas, deserved to have their claims for protection assessed.

The Vietnamese who sailed to Australia and were assessed through this RSD procedure were overwhelmingly found to be refugees. Some had worked for the former South Vietnamese government, and feared persecution for their political opinions. Others were ethnic Chinese targeted by the new regime.

Receiving and processing the boat arrivals in this manner was not easy. Within the bureaucracy, there were fears that more than 100,000 Vietnamese could sail to Australia. Therefore in order to discourage the boats while still creating pathways to protection, the Fraser government resettled refugees out of the camps in South-east Asia. This demonstrated the importance of a flexible, two-pronged approach to displacement: on the one hand, an organised resettlement program to resolve refugee situations, and on the other hand, the ability to respond to spontaneous claims for asylum.

The Immigration Minister's comments last week concerning the return of 46 Vietnamese asylum seekers were designed to show that the government is committed to tough border protection policies. But instead, these individuals deserved to have access to a procedure that is the best means of signalling to the public that Australia can assert a level of control over the spontaneous arrival of asylum seekers – fair, principled and efficient RSD. Only then can the Immigration Minister truly say – to use Dutton's words – that the asylum seekers "were able to be safely returned" and that "we had met our international obligations".

Historian Dr Claire Higgins is a research associate at the Andrew & Renata Kaldor Centre for International Refugee Law at UNSW.