Opinion Asylum seekers on Nauru are in a legal black hole

The High Court's comprehensive rejection of a challenge to Australia’s offshore processing regime in Nauru means our future treatment of asylum seekers will be governed by the politics of the day, writes George Williams. 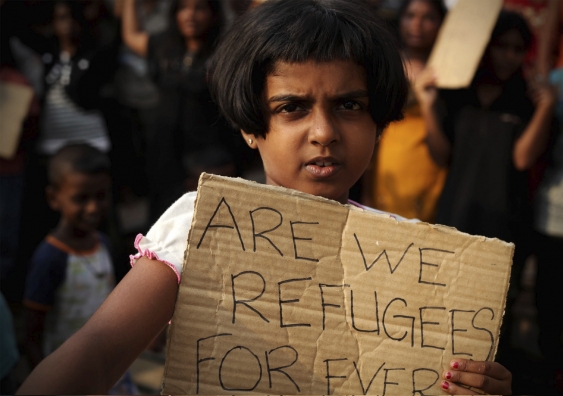 A Sri Lankan asylum seeker holds a placard during a protest. Photo IStock

OPINION: People seeking asylum have won notable victories in the High Court. They succeeded in overturning the Gillard government’s Malaysian solution, and won a succession of cases that require a fair determination of their claims.

Today was not such a day. Instead, the High Court comprehensively rejected a challenge to Australia’s offshore processing regime in Nauru. The finding leaves Immigration Minister Peter Dutton with broad powers to transfer asylum seekers to Nauru as he sees fit.

Samuel is one of 37 babies born in Australia who is now destined to be sent back to Nauru.

The plaintiff was a Bangladeshi national known only as M68 who entered Australian waters seeking asylum. Classified as an ‘unauthorised maritime arrival’, she was detained and sent for processing to Nauru.

The federal government has the power to detain people who come to our shores claiming to be a refugee... and to send those people to other countries without first determining whether their claims are correct. Once removed, their fate is put beyond Australian law and the oversight of our courts.

Later, she was returned to Australia for medical reasons, and gave birth to a child. She brought her High Court action to avoid being sent back to Nauru.

Her fate is shared by many other mothers and the 37 babies born to them in Australia.

Lawyers for M68 mounted a long list of arguments. They said that no Australian law authorised her detention, that the Commonwealth lacked the authority to enter into a memorandum of understanding with Nauru and that there was no authority for federal funds to be used for the regime. It appeared that M68 was on strong ground and might win the case, which could have left Australia’s offshore processing regime in tatters.

The Commonwealth responded by rushing emergency legislation through both houses of the federal Parliament on June 24 and 25 last year. This inserted a new section 198AHA into the migration act that provides a blanket authorisation for whatever action the Commonwealth might need to undertake to support its regional processing policies. 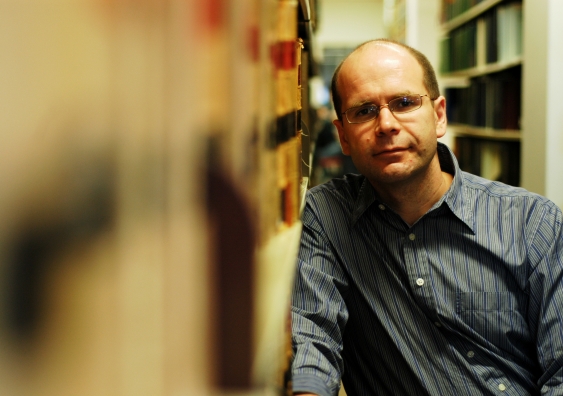 George Williams, the Anthony Mason Professor of law at UNSW.

This law came into force a few days later on June 30, 2015, but was backdated to take effect from 2012. The retrospective operation was designed to support Commonwealth actions before that time that could otherwise have been invalid.

The passage of this special law undercut the arguments of the plaintiff, who failed in the High Court on all counts. The logic of the majority was straightforward. In the absence of any special protections for asylum seekers in the Constitution or elsewhere, the Commonwealth can participate in offshore processing regimes so long as this is authorised by law.

In this case, the requisite legal authority was provided by section 198AHA. It was argued by the plaintiff that this section was not a valid law under the Constitution.

However, this failed when the High Court applied one of its earlier decisions from 2014. That case upheld similar provisions that supported the sending of asylum seekers to Manus Island in PNG.

The result was that the federal government has the power to detain people who come to our shores claiming to be a refugee. It also has the power to send those people to other countries without first determining whether their claims are correct.

Once removed, their fate is put beyond Australian law and the oversight of our courts. As Chief Justice French and Justices Kiefel​ and Nettle stated, once removed from Australia, the plaintiff is ‘detained in custody under the laws of Nauru, administered by the Executive government of Nauru’.

What is striking is just how few checks now apply to these policies. There is no requirement that children are well treated, or that their best interests are safeguarded. There is also no need for asylum seekers to be treated fairly.

This follows from the fact that Australian courts do not rule on what occurs within another sovereign state. This is true even if that state, as is the case with Nauru, is beholden to Australia, and has a dubious record of upholding the rule of law within its own borders. In such a case, asylum seekers can find themselves removed from Australia to what is in effect a legal black hole.

These findings of a majority of the High Court put beyond doubt the capacity of the Commonwealth to continue its offshore detention policies in Nauru.

What is striking is just how few checks now apply to these policies. There is no requirement that children are well treated, or that their best interests are safeguarded. There is also no need for asylum seekers to be treated fairly, such as by having their claims promptly and properly assessed.

By sending them to Nauru, the law enables Australia to wash its hands of such matters.

All this means that Australia’s treatment of asylum seekers by way of offshore processing will now raise few legal questions. Instead, it will be governed by the politics of the day.

This provides no hope for those who come to Australia seeking asylum. Both the coalition and Labor have made it clear that they will remain resolute in continuing the current regime.

It will continue to be to deter asylum seekers on the basis that it is better to face persecution at home or to flee elsewhere, than to languish in Australia’s offshore detention centres.