Opinion Austerity has its limits

If the euro falters, we could be in for a bumpy ride, writes Ross Buckley. 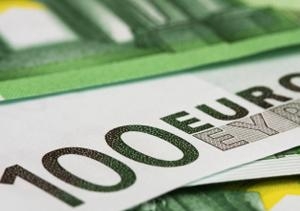 Greece has been in crisis for some years. The three central actors in the drama have been the leaders of France, Germany and Greece. After last weekend's elections, only one of the three remain in office. The political limits of austerity as a policy have been reached. The future is uncertain. The potential fallout for Australia could be substantial.

For years, France and Germany have insisted the governments of Greece, Spain and Portugal impose painful reductions in salaries, benefits, and pensions on their people. The southern European governments, needing the bailout funds to service their loans, have grudgingly agreed, until now. A floating exchange rate allows uncompetitive economies to regain their competitiveness through devaluation. A fixed exchange rate, such as the euro, allows no such relatively painless adjustment process.

The only way to make a nation's exports more competitive when its exchange rate is fixed is to cut input costs - that is, reduce actual wages. Imagine if next month, with no reductions in your cost of living, your salary was suddenly reduced by one-third, or even halved. How would you cope? This is what many Greeks, Portuguese and Spaniards have lived through in the past year - those, that is, who are lucky enough to be employed. Every second Greek under the age of 24 cannot find a job.

Austerity is a policy that can work in the long term. If Germany bankrolls the southern economies for long enough, they may emerge as new leaner entities able to stand on their own feet. This has been the hope of northern Europe. No northern leaders, however, have had the courage to tell their voters how long this process may take - five or 10 years. In the meantime, the social suffering in the southern nations will be extreme. And the leaner economies that could eventually emerge won't have invested strongly in the education and health of their people.

You can see why this future is unappealing to voters and on the weekend they said no to it. Austerity could only ever work in the long term, and its short-term consequences have proven politically intolerable. Higher retirement ages, fewer annual holidays, reduced benefits, these are one thing. Massive unemployment and massive reductions in wages impose another order of suffering all together. At the weekend, Greece voted in the main to elect parties from the far right and far left who are opposed to austerity. At the weekend, France elected Francois Hollande, its first socialist president in nearly 25 years, and a man opposed to austerity and committed to pro-growth responses to this crisis. On the weekend, the political landscape in Europe changed profoundly. What does all this mean for us?

Certainly the risk of Greece having to exit the euro has just risen, substantially. Many experts are putting the risk of this at 40 to 50 per cent by year's end. Greece is a tiny economy, relatively insignificant unless you are Greek. Yet if it abandons the euro all eyes will switch to Spain, an economy larger than ours, and one where currency turmoil puts real fear into the hearts of bankers. For the truth is, no one can predict what the fallout will be if the euro falters and becomes a currency for northern Europe only.

And here lies the principal potential fallout for Australia. Should the euro collapse, the world's financial markets will freeze, many for up to a year. Remember late 2008, only worse. Fortunately, our banks have considerably reduced their reliance on capital markets abroad for wholesale funding. So while this will be disruptive, the disruption should be less than last time.

Likewise, our banks do not typically hold substantial amounts of European sovereign debt, so again the consequences should not be severe. Expect severe sustained volatility in all global financial markets, however, should the euro scheme start to unravel. Markets thrive on confidence and hate uncertainty. The euro has already fallen in value and will probably continue to do so. A cheaper euro means a relatively more expensive and less competitive Aussie dollar - bad news for our exporters that compete with European ones, like wine, agricultural exports, education and tourism. We will become a more expensive destination for European university students and European tourists. In the end, however, our economy remains more tied to China's than Europe's and for this we should give thanks. While the next two years may offer an extremely bumpy ride, in the end, we are likely again to be the Lucky Country.

Ross Buckley is professor of international finance law at UNSW.