We may not fare so well if we were to have a Prime Minister seeking to follow Trump's lead, writes George Williams. 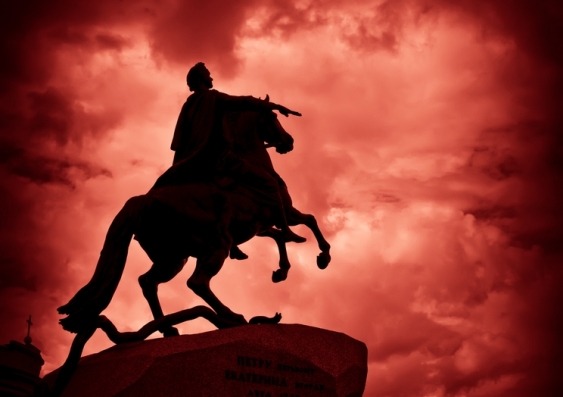 OPINION: President Donald Trump is putting enormous strain on the institutions and rules that have made the US democracy such a success. His direct, personal attacks on judges threaten the independence and standing of the judiciary. A willingness to govern by executive order also undermines the role of Congress as the nation's primary lawmaker.

So far, the US system has met these challenges and is holding the new President to his proper role. Courts have not bowed to pressure and have put a stop on his immigration bans. Members of Congress have also pushed back on the President's initiatives, and the media has reported fearlessly on his early days in office.

These events beg the question of how Australia's institutions would respond if we had a Prime Minister and cabinet (our executive branch of government) seeking to follow Trump's lead. The short answer is that we may not fare so well.

In Trump's case, he faces a formidable obstacle in the US Bill of Rights. Any attempt to muzzle the media will be defeated by the freedoms of speech and of the press. Or, as the US Court of Appeals found on Thursday, his immigration order has been stayed and may be struck down because it violates the right of every person to due process and protection against religious discrimination.

The election of Trump should be a wake-up call. Australia is ill-prepared for a like leader. Such a person would come to office armed with exceptional – and sometimes unique – powers that can often be exercised in secret.

By contrast, Australia is the only democracy without a national bill of rights. At best, we have a few scattered rights protections. These occasionally prevent government action, but in other cases are ineffectual or impose procedures that can be worked around. For example, the High Court has interpreted the guarantee of religious freedom in section 116 of the Constitution so narrowly that it has not struck down a single law since 1901.

These weaknesses are exacerbated by extraordinary powers granted to federal ministers in areas such as immigration and national security. One illustration is that the federal Attorney-General can permit ASIO to operate outside of the law by conducting a special intelligence operation. A journalist who discloses wrongdoing or that the power has been used illegitimately may be jailed for up to 10 years.

The government has defended this by saying that journalists are not the target of the law, and that they have nothing to worry about if they report on "legitimate" national security matters. It has also been suggested that the community should not be concerned because ASIO has a record of proprietary.

Even if these things are true, they give no long-term comfort. It shows how the proper running of our system depends upon ministers exercising self-restraint, and the quality of the people appointed to run our security agencies. Things could be very different if Australia gains leaders with a different outlook and a willingness to use powers for unscrupulous purposes.

Other laws raise similar concerns. These include an ASIO power that permits innocent people to be detained and questioned for up to a week, a law that enables people to be jailed for up to 10 years for entering any area declared by the government to be a no-go zone and new measures for collecting data on the location and activities of every Australian.

In the years since the September 11 attacks, the federal Parliament has enacted 66 anti-terrorism laws, a figure unrivalled in any comparable nation. These laws have transferred enormous authority to the executive arm of government. Many of these measures cannot be found in the US because they would be struck down under its Bill of Rights.

Nor can they be found in any other democracy. Instead, they are the sorts of powers that one would expect to find in a police state in which people can be detained without trial and journalists jailed for reporting on government activity. As the government's national security monitor, Roger Gyles, reported last Wednesday, Australia has laws that contain the "potential for oppression".

The election of Trump should be a wake-up call. Australia is ill-prepared for a like leader. Such a person would come to office armed with exceptional (and sometimes unique) powers that can often be exercised in secret. These might be used against the media, and the checks and balances in our system of government may be ineffective to deal with this.

At a time when terrorism is a significant threat to the community, we should not forget that danger can also arise from elsewhere. This was apparent in 1951, when the High Court struck down the repressive attempt to ban communism in Australia. As Chief Justice Sir Owen Dixon said: "History and not only ancient history, shows that in countries where democratic institutions have been unconstitutionally superseded, it has been done not seldom by those holding the executive power."