Even as a long-time observer of financial markets, Dimity Kingsford Smith is surprised at what the banks are up to, writes Saffron Howden. 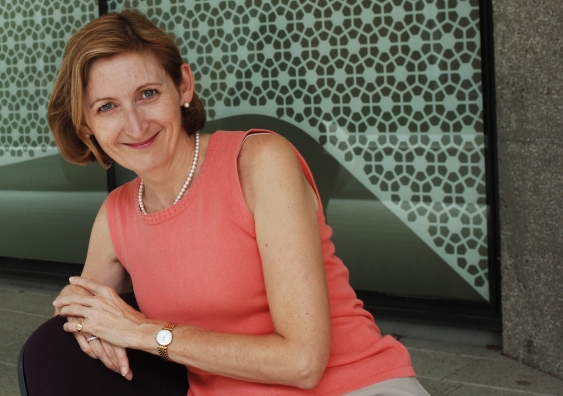 When Dimity Kingsford Smith faced the shock of family breakdown, she had to quickly learn some practical lessons about legal and financial adjustment.

Decades of research and policy work in financial regulation no doubt helped steer her through the stress and strain of divorce. But it also left Kingsford Smith with an enduring empathy for those struggling to navigate a safe path to financial stability.

“I have actually had experience of a rocky financial position, for a short period of time,” she says. “People who live their whole lives on the edge financially have my great empathy.”

That was a decade ago. Since then she has been appointed to lead the Centre for Law, Markets and Regulation at UNSW Law and joined the External Advisory Panel of the Australian Securities and Investments Commission (ASIC). She was the inaugural chair of a professional disciplinary panel in the financial sector for over half a decade. For well over two years, she was Australia’s first independent customer advocate in National Australia Bank’s wealth division.

All of which gives Kingsford Smith a unique perspective on the revelations flowing from the Banking Royal Commission.

As one of Australia’s leading experts in financial regulation, even she is surprised by the nature and breadth of the allegations.

The royal commission has heard allegations of a bribery ring at NAB branches in western Sydney in which bank staff would give out loans in exchange for cash. “Nobody ever told me about the envelopes of money. It sounds like an economy which struggles with corruption, not one well regulated like Australia,” Kingsford Smith says.

“What I find surprising is how endemic it seems to be across all the banks and across many product types,” she says of the alleged misconduct exposed at the commission.

The royal commission was announced in November last year; its first two weeks of public hearings in mid-March focused on home and car loans and credit cards. They were explosive. The Commission heard from one woman on Centrelink benefits who was given a car loan she couldn’t hope to repay, and of elderly Australians losing their homes.

As an Arts/Law undergraduate in the 1970s, Kingsford Smith was mentored by a newly politicised academic cohort. Her teachers were linking intellectual arguments with real life and social justice on a large scale.

In the 1980s, she made her way to the UK and did her post-graduate work in the midst of the ‘Big Bang’ — the dramatic deregulation of financial markets under Margaret Thatcher. Kingsford Smith returned from academic posts in London in time to contribute to Australia’s own financial market reform.

The self-described “unrepentant nerd” has had a box seat at some of the biggest moments in the evolution of financial law. But it is the models of her prudent parents and social justice-conscious law and politics professors that shape Kingsford Smith’s convictions.

“I do see the connection between law and social justice,” she says. “Financial regulation is not just for the big end of town: it is also for the fair and honest treatment of ordinary financial consumers.”

She supports a strong financial services oath and believes the banking sector needs to professionalise.

“Why can’t bankers be paid on the same kind of basis as everyone else?” she asks.

“There is a growing body of research suggesting there is no material drop in productivity when variable remuneration is changed to fixed pay. People can be motivated by purpose, given the right encouragement.”