Opinion Brace yourselves for the new economic reality 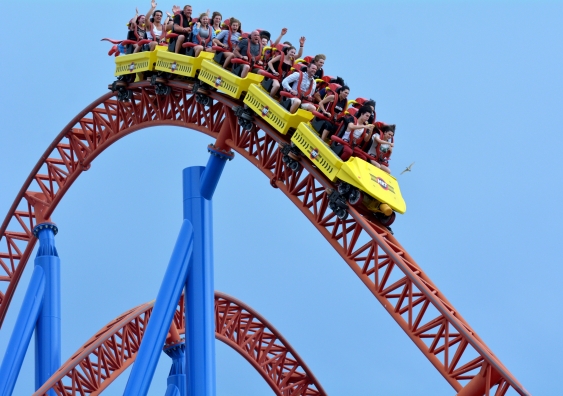 OPINION: As many Australians return from summer holidays and come back to reality, a number of economic statistics remind us of the somewhat challenging nature of that reality.

Unemployment in Australia rose slightly from 5.7 % to 5.8% in December, according to figures released this week. This was largely due to an increase in the participation rate (people working or looking to work), which was up to 64.7%.

Actual jobs are being created, although many of them are part time. In the last two years the proportion of jobs classified as part time rose from 31.1% to 31.9%.

Home loan approvals rose 0.9% in November, according to the Australian Bureau of Statistics, above market expectations. But that aggregate number also masked the bigger story, which is that investor loans grew by a significant 4.9%.

On the back of large increases in housing prices over the past several years – especially in Sydney – this further underlines concerns about housing affordability. The Reserve Bank may feel constrained in adopting the monetary policy it otherwise would, for fear of fuelling prices further. It is also a reminder that the federal government has to do something soon to address our housing affordability crisis.

I have long advocated measures that increase housing supply, and winding down demand-side measures such as negative gearing. Done in a measured way, this help address housing affordability and financial stability as well as the structural budget deficit.

British Prime Minister Theresa May this week made a major speech on Brexit, which began as follows:

“A little over six months ago, the British people voted for change. They voted to shape a brighter future for our country. They voted to leave the European Union and embrace the world. And they did so with their eyes open: accepting that the road ahead will be uncertain at times, but believing that it leads towards a brighter future for their children – and their grandchildren too.”

Apart from it being unclear how one can “leave the European Union and embrace the world”, this somewhat spooked markets. It was interpreted as confirmation of a so-called “hard Brexit”.

And it might be hard in more ways than one. European Commission President Jean-Claude Juncker said after the speech: “It will be a very, very, very difficult negotiation.”

Yup. And it is precisely all the complexity and uncertainty surrounding those negotiations that could seriously damage the British economy. Time will tell, but we should expect the coming many months to be filled with roadblocks, problems, and unanticipated consequences.

In the United States, the Consumer Price Index rose by an annualised rate of 2.1% in the year to December – the largest increase since 2014. This is good news for the Federal Reserve’s plan to continue interest rate rises throughout 2017. Rising energy prices played a key role.

The Fed’s target inflation rate is 2%, although it prefers a slightly different measure than the CPI (known as the “personal consumption index” published by the US Commerce Department). Notwithstanding that, Fed chairperson Janet Yellen said this week: “It’s fair to say the economy is near maximum employment and inflation is moving toward our goal.”

It looks increasingly likely that Yellen will pull off a transition back to more normal monetary conditions. There is still the issue of unwinding quantitative easing (the large bond-purchases undertake by the Fed over the last several years). And that won’t be simple. But if she succeeds then the Pantheon looms for Yellen.

Of course, the big event about to happen is the inauguration of Donald Trump. That won’t just mark a remarkable chapter in our politics, it will – we would do well to remember – make him President of the United States.

I know that is kind of obvious, but the executive orders issued in the coming days will do much to reveal what kind of president Trump will be. And this will have a potentially huge effect on financial markets around the world.