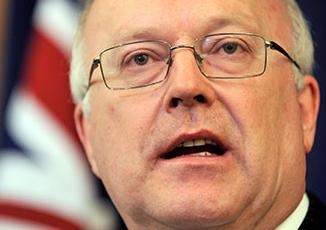 OPINION: As long as the political conversation is dominated by “stopping the boats,” the future of Gonski and the fate of the carbon and mining taxes, there will be some truth in the claim that the Coalition is responding to Labor’s policies rather than communicating a positive plan for the country.

As these policy controversies continue, the clear air in which the Tony Abbott might have articulated his broader legislative agenda appears to have thickened.

Attorney-general George Brandis, by contrast, has signalled his priorities with relative clarity, mapping out an ambitious agenda in which human rights and constitutional reform take prominence.

He has also inherited a major problem that will require almost immediate attention: the restrictive approach the High Court took to the Commonwealth’s spending power in its 2012 decision in the Williams case. In that judgment, the High Court declared invalid the Commonwealth’s funding of the national school chaplains program, a Howard government initiative continued by Kevin Rudd and Julia Gillard.

The court’s decision signalled that hundreds of programs directly funded by the Commonwealth may be without constitutional foundation. Together, these matters present Brandis with a full slate of complex legal and political issues that will test his resolve and effectiveness in very public ways.

Read the full analysis in The Inside Story.