Opinion This budget – like others before – will favour the rent-seekers

We know perfectly well how to reduce inequality and tackle political favouritism and rent-seeking. The question is almost entirely one of political will, write Gigi Foster and Paul Frijters. 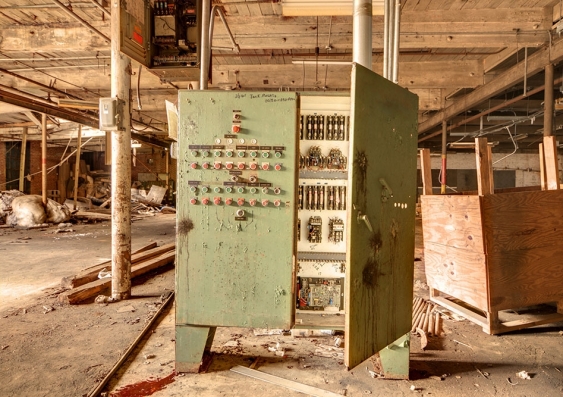 Long before the release of French economist Thomas Piketty’s smash bestseller, it was recognised by social scientists that income inequality in developed countries had been rising for a while. Economists' stock-in-trade explanation for this trend was that people whose skills combined well with modern production technologies had seen bigger income growth than people whose skills didn’t combine well with these modern inventions. In other words: those whose skills complement new technologies are the disproportionate beneficiaries of economic development.

Raising your income, with complements

The line of argument here is best illustrated by example. If the income of an illiterate apple picker in the US rose a bit between (say) 1980 and 2010, but the income of a university-educated US worker rose a lot more in that same period, then so-called skill-biased technological change could explain this divergence if excess productivity is generated when one combines the more skilled worker with modern production technologies, like computers or automated warehousing.

Similar returns are not available to the apple picker, who uses no new technology in his work as time marches on. On the contrary, he must compete with new inventions like an automatic apple-picking machine, rather than designing or tweaking such a machine, as could be done by a high-skilled worker.

Hence, while the educated worker brings home part of his steeply rising productivity in his paycheck, the pay packet of the apple-picker grows more weakly as his country develops.

But economists aren’t the only ones pondering why inequality has increased.

Political science has for years spoken of rent-seeking interest groups whose members actively try to circumvent the democratic process, subverting the intentions of large groups like states or countries in order to get more for themselves and their chums.

This line of reasoning paints a very different picture of inequality than that arising from skill-biased technological change. Rather than an unfortunate but unavoidable side effect of economic advance, whose fruits can ultimately be made available to all through democracy and redistribution, increased inequality that results from rent-seeking is arguably cancerous. Divisive, subversive, and unfair, it offends and cripples the very society from which it springs.

Which of these is responsible for observed inequality in Australia? We take a first stab at answering this question in our recent paper, published in the Australian Economic Review’s Policy Forum entitled “On the Economics and Politics of Inequality”, curated by Ian McDonald.

We examine the industries in which the richest Australians work. We argue that if they rode to their riches on the back of skill-biased technological change, then our richest residents should have invented new technologies, or combined their skills with existing production and delivery technologies like computers, specialised medical equipment, or specialised engineering technologies. Moreover, we should expect a good number of our richest residents to have made their fortunes elsewhere and arrived in Australia later in life: their economic contributions should not be country-specific.

In fact, the vast majority of the richest Australians work in property, mining, and banking/finance. Tellingly, the highest-earning workers in these industries do not invent or use advanced production or distribution technology (as far as we can tell!). People in these highly regulated industries are handsomely rewarded when they can negotiate special favours, such as property rezonings, planning law exemptions, mining concessions, labour law exemptions, or money creation powers.

Much as we economists might not want to admit it, our findings lend more support to the political science view of inequality than to the economist’s traditional view, at least as regards to inequality within Australia. While preliminary, our findings support the contention that the way to get richest in this country is to know people who are in a position to award special favours that circumvent democratic processes, and then ingratiate yourself to those people.

Does the budget entrench or counteract inequality in Australia?

The 2014 budget could almost have been written by the rich. Higher levies on the rich, such as higher marginal income tax rates at the top, are temporary whereas cuts to support for the poor, such as medical co-payments or the halving of unemployment support, are permanent.

Some changes could have been made but were not, such as superannuation tax concessions that heavily favour the rich and distort incentives. Instead, changes were made that primarily benefit a few very rich owners or administrators. Abolishing the carbon tax, for example, mainly benefits a handful of coal-fired power station owners. University fee deregulation mainly benefits top university administrators.

How can we improve this situation in the next budget?

Closing off the superannuation loop-holes is a big change that would reduce inequality. Capping the salaries of top university administrators, rather than using government debt to finance exorbitant payrolls for these bureaucrats, would help a bit. Lifting the import ban for bananas, which currently benefits a few large banana producers at the expense of the rest of the population, would also help.

Reforming the regulations around property rezoning and planning exemptions would help a lot. Reforming superannuation funds, whose very high running costs go into maintaining a few CEOs and those large buildings you see in the middle of our large cities, would help a lot. Many more such adjustments are conceivable.

Economists at the Treasury, the Reserve Bank of Australia, the Productivity Commission, and elsewhere know perfectly well how to reduce inequality and tackle the political favouritism that fuels increased inequality. The question is almost entirely one of political will. Does the population care enough about inequality for the politicians to deliver? We will see.

Gigi Foster is an Associate professor at UNSW Business School

This opinion piece was first published in The Conversation .