The 'first home super saver scheme' is bad economics, somewhat costly, and a cruel hoax on prospective buyers who are struggling with an out-of-control housing market, writes Richard Holden. 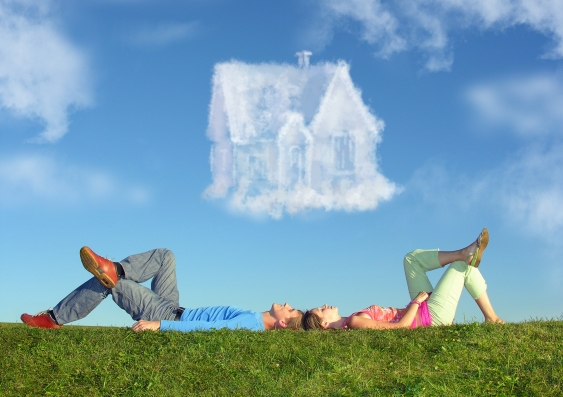 OPINION: It’s unsurprising that in the lead-up to this year’s federal budget there was a lot of discussion about housing affordability as its centrepiece.

Over the past 20 years price-to-income and price-to-rent ratios have doubled. Sydney’s price-to-income ratio is over 12, making it the second-least-affordable city in the world. Melbourne is in fourth place.

And in a budget tableau as bland as this one, it wouldn’t have taken much to really play up the housing affordability policies.

Yet the measures in this budget involve not much more than tinkering.

On the minus side, the biggest announcement was a “first home super saver scheme”, which would allow voluntary contributions of A$15,000 per annum and A$30,000 in total (per person if in a couple) to superannuation for prospective first home buyers from July 2017.

These could be withdrawn and taxed at 30 percentage points below the normal marginal rate and used for a deposit.

This will cost the government A$250 million over four years and do absolutely nothing to help first home owners. We have seen this movie before, with 50 years of first home owner grants in one form or another. All that happens is that this subsidy goes into the price of existing housing. Sellers benefit, buyers get no joy.

It’s bad economics, somewhat costly, and a cruel hoax on prospective home buyers who are struggling with an out-of-control housing market.

But the biggest minus of all was the absence of any measure whatsoever to address negative gearing and CGT exemptions for rental properties. Sorry, there is one: you now won’t able to deduct an airfare to the Gold Coast to “inspect” your rental property. The government has boxed itself in on this, with Labor having taken a plan to the last election to tackle both of these issues (full disclosure, the Labor plan bears a good deal of resemblance to my McKell Institute plan).

Nonetheless, it is reflective of the state of our politics that the one thing that could really help the most (and which the PM has agreed with very publicly in the past) is off the table.

But the measures aren’t all bad. On the plus side, there were incentives for people over 65 to downsize by allowing A$300,000 of the proceeds of a sale of their main residence to go into their superannuation, above the controversial A$1.6 million cap announced in last year’s budget.

Will the budget encourage older Australians to downsize? Maybe. One measure of how powerful an incentive it will be is that it costs only A$30 million over the four-year forward estimates period. This is not a big government spend.

It’s also unclear whether it will be a large enough financial incentive to overcome the emotional and psychological barriers to moving from the family home after many years in it. There was also a conspicuous absence of reforms to stamp duty, which is a major impediment to downsizing.

There was also good news on affordable housing with the establishment of the National Housing Finance and Investment Corporation (NHFIC). It will provide A$63.1 million over four years to operate a so-called “bond aggregator” that aims to provide cheaper financing for community housing providers. This is a good idea that should have a positive effect, and help address the high cost of funds that often plagues financing of housing for low-income earners.

Consistent with the recent populist policy announcements by this government, foreign purchasers of Australian properties were targeted in this budget. There will no longer be a capital gains tax (CGT) exemption for primary residences of foreign and temporary tax residents, and the grandfathering will only last until June 30 2019. There will also be a lower threshold for CGT withholding (A$750,000, down from A$2 million) on foreign tax residents, and the rate will be increased from 10% to 12.5%.

There were some wishy-washy words about the crucial issue of housing supply. The government has definitely identified the key role that supply plays. They are proposing a variety of “city deals” to provide incentives for zoning reform — especially in western Sydney. That’s all good, but whether it is anything more than the budget-summary feel-good headline - “Working with the states to deliver planning and zoning reform” - remains to be seen.

There was also the announcement of a tax on foreign owners who leave their properties vacant. This is supposed to raise A$16.3 million over four years — which is a rounding error in the scheme of things.

We had a housing affordability crisis before this budget, and we will have one after it. If the first step to recovery is acknowledging that one has a problem, then the government is still on step one.

Richard Holden is a Professor of Economics and a PLuS Alliance Fellow at the UNSW Business School.

RBA's likely rate cut is overdue, but there's another cash boost in play