The CBA's response to AUSTRAC's claims means shareholders will be assisted in part of their class action claims but a lot still needs to be proved, write Michael Legg and James D Metzger. 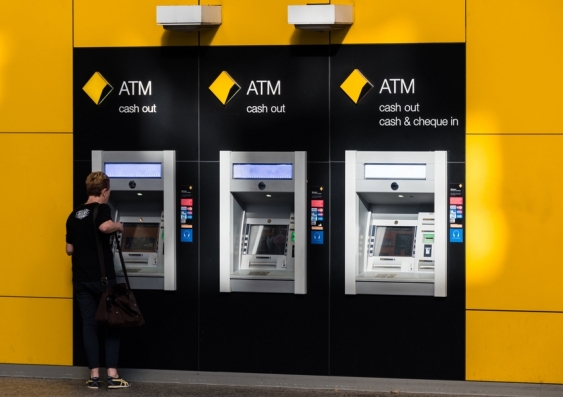 OPINION: The Commonwealth Bank of Australia recently admitted it breached Australia’s anti-money laundering and counter-terrorism financing laws. The admissions in its response to allegations from the Australian Transaction Reports and Analysis Centre (AUSTRAC) will make it easier for shareholders to prove their claims of misleading and deceptive conduct in a class action launched against the bank in October.

CBA’s willingness to admit what it has done also signals a possibility the bank might resolve the class action through a settlement. In the meantime shareholders still need to prove their claims, even if some are on stronger footing thanks to the CBA.

AUSTRAC’s first lot of allegations noted CBA failed to comply with its obligations under the Anti-Money Laundering and Counter-Terrorism Financing Act 2006 with respect to more than 778,000 accounts. The bank is obliged to assess the risk of, monitor and report suspicious deposit activity that was being conducted through intelligent deposit machines (IDMs). These machines are ATMs that accept cash deposits that are immediately available in the depositor’s account.

AUSTRAC then amended its complaint on December 14, 2017, to add a further 100 alleged contraventions.

CBA’s response to the original allegations admits that it did fail to comply with the Act in certain respects and accepts that these contraventions do subject it to a civil penalty. But the bank denies other alleged contraventions.

Law firm Maurice Blackburn filed a class action on behalf of shareholders with CBA shares between July 1, 2015 and August 3, 2017. The shareholders allege that CBA – and over a dozen of its officers and directors – knew or should have known about the non-compliance. They argue this failure to disclose or rectify the situation caused loss once the share price fell after AUSTRAC made CBA’s non-compliance public.

None of this is proved solely by the fact that CBA admitted committing some breaches of the Act. The additional claims brought by AUSTRAC this week do not alter the existing shareholder claims, but they may see the scope of the class action increased.

What CBA admits and what shareholders need to prove

CBA’s admissions may impact the efficiency and conduct of the class action, but they are unlikely to affect what shareholders need to prove. CBA’s response admits much of the conduct that contravenes the Act, but that’s not the same as an admission of liability in relation to the quite different legal claims made by the shareholders.

CBA admits that it did not conduct a proper risk assessment of its IDMs until more than three years after the machines had been put into operation. The bank also admits that it did not conduct adequate monitoring of IDM deposits, for example by introducing daily deposit limits. This is despite having assessed the risk of IDMs being used for money laundering or terrorism financing as high.

CBA further admits that in over 53,500 separate instances, it did not file reports whenever a deposit of more than A$10,000 was made, as required by the Act. It also failed to file either complete or timely reports of suspicious account activity in nearly 100 instances.

But the shareholders’ claims are based on something different: CBA’s non-compliance with securities disclosure rules and on misleading and deceptive conduct by CBA.

In order to win in the class action, the shareholders will have to prove the elements of the claims they allege, including that the lack of AUSTRAC compliance was the cause of the drop in CBA share price and that the plaintiffs suffered loss as a result of that drop.

The test for the link between non-disclosure and loss, and the way to calculate the amount of that loss, has not been determined in the class action cases so far. However, courts have heard similar shareholder arguments to those raised by the CBA shareholders in other cases, so the issues raised aren’t new.

For example, in the case surrounding the liquidation of HIH Insurance Limited, Justice Brereton of the Supreme Court of New South Wales held that shareholders rely on the share price as an accurate reflection of share value. Accordingly, when corporate misconduct inflates the share price, the corporation indirectly causes shareholders to suffer loss.

A key issue with the CBA class action will be whether CBA’s non-compliance with the Anti-Money Laundering and Counter-Terrorism Financing Act, and the subsequent AUSTRAC civil penalty proceedings, impacted the share price and to what extent.

Michael Legg is Professor of Law at UNSW.