A charter of rights for Australia 'more urgent than ever' 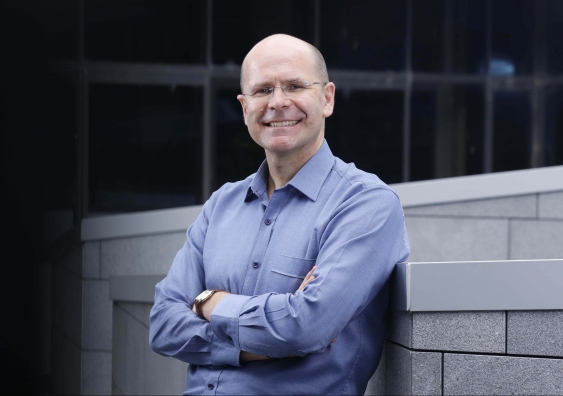 With almost daily debates in the media about freedom of speech, privacy provisions, anti-terror laws or ASIO powers, an update of Professor George Williams’ book A Charter of Rights for Australia could not be more timely.

In the fully revised fourth edition, published by NewSouth Books, Professor Williams and co-author Daniel Reynolds argue that human rights are not adequately protected in Australia and demonstrate how the rights of people at the margins of our society are being violated in often shocking ways.

Williams, Anthony Mason Professor and Dean of UNSW Law, says Australia is the only democratic nation in the world without a national charter or bill of rights. It is, he says, long past time that Australia modernised its system of government and introduced a national human rights law.

Williams notes that since the first edition was published almost two decades ago, the passage of new laws in Australia has resulted in the erosion of democratic rights.

“State and federal parliaments are routinely prepared to breach rights without much public debate,” he says. “We are making laws and policies without a national framework for human rights protection.”

We are making laws and policies without a national framework for human rights protection.

“Before that period, our parliamentarians had a sense of self restraint. But after that, there was a sense of ‘whatever it takes’ to get something done, and if that meant undermining democratic freedoms, that was the price that had to be paid,” he says.

After initially emulating security and anti-terror laws being passed in other countries, within a few years Australia had surpassed them.

“We have many laws on our books with no comparison in the United Kingdom, the United States and other places that have a high threat level but also have a bill of rights that holds back parliaments from crossing the line,” Williams says.

Looking beyond security laws, the book is an opportunity to highlight the need to improve human rights protection in other areas where government policy affects the vulnerable, such as public housing, mental health and aged care.

Williams says the book is written for all Australians, not just legal experts, and one its main aims is to inform ordinary Australians and to restart the national debate about how to protect human rights.

“According to one survey, 61% of Australians believe we have a national Bill of Rights like the US. A lot of people believe they can plead the 5th in court, possibly after watching too many American cop shows,” Williams says. “We need to start with an understanding of what we’ve got and how we can improve that system.”

The ACT and Victoria have already adopted their own charters of rights – Williams was involved in work on the latter – and Queensland announced recently that it would adopt its own charter. Williams argues that adopting a charter at the federal level is more urgent than ever.