Opinion Citizenship ruling: political doors slam for half the population

The High Court ruling this week with regards the eligibility of senator Katy Gal­lagher has severe implications for Australian politics. 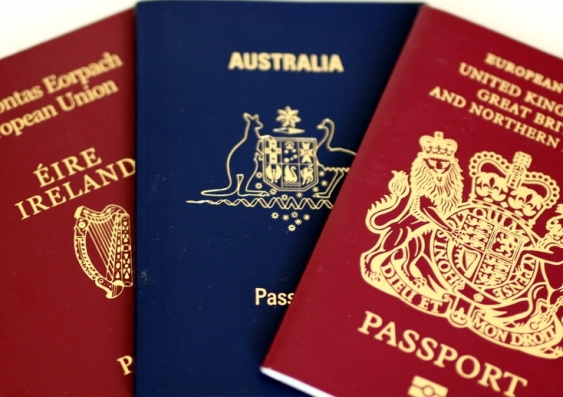 The High Court has spoken in the clearest possible terms about the eligibility of senator Katy Gal­lagher and four other parliamentarians who were dual citizens at the last federal election.

They are ineligible to sit in parliament, even though their ­renunciation of dual nationality failed only because their paperwork was not processed in time by a foreign government.

This is yet another occasion on which the court has taken a strict reading of when the Constitution disqualifies a dual national.

It has rejected a list of excuses, including ignorance on the part of candidates such as Barnaby Joyce, and now bureaucratic delay in the case of Gallagher.

These decisions have produced a reading of section 44 that is ­severe, but certain. All dual nationals are disqualified, except in the rare case where foreign law ­“imposes an irremediable impediment” to a person divesting themselves of that nationality.

Even then, that person must take all steps reasonably required by the foreign law to free themselves of that citizenship.

Gallagher did not fit this exception, nor did any of the other parliamentarians whose eligibility lay under a cloud.

This is because there are very few cases in which the exception applies. It might be because a ­nation refuses to allow a person to give up their citizenship, or where doing so involves travelling to that nation at the risk of personal harm.

In providing certainty, the High Court has made section 44 unworkable for many candidates. They will be left at the mercy of however long a foreign nation takes to process their renunciation form.

This might be only a few months in the case of Britain, but could extend to many months or even more than a year for other nations.

It is already too late for some people contemplating a run at the next election. Candidates must now divest themselves of foreign citizenship long before the earliest date that election might be called.

The major parties may respond by bringing forward their preselection and vetting procedures.

This will be much harder for minor parties and independents, let alone for new parties that spring up on the eve of an election. The High Court’s decision puts them at a major disadvantage.

The problem becomes even more acute when a preselected candidate pulls out on the eve of the poll, perhaps because of illness or scandal. This will not leave enough time for a replacement candidate to remove themselves of dual ­nationality. Any person with even the hint of dual nationality will not be considered.

The main legacy of the Gallagher decision will be to greatly narrow the group of people who can stand for federal office. The hurdle is now much higher for any person with dual nationality, whether they are aware of this or not. This will act as an insurmountable barrier to many Australians, especially that half of the population who themselves were or have a parent born overseas. This is yet another reason why section 44 needs to change.

George Williams AO is Dean of Law at UNSW.

This article was originally published in The Australian. Read the original here.