Could Adani sue if the mine is cancelled?

A former investment treaty between India and Australia allows for a legal claim if the mine doesn’t go ahead, but this shouldn’t deter a federal government, says a UNSW Law researcher. 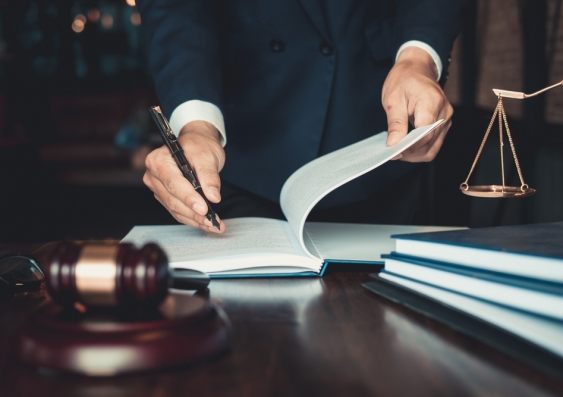 Under a former investment treaty between India and Australia, the Indian energy and infrastructure company could sue for compensation if the Carmichael coal mine isn’t allowed to proceed. The treaty contains an investor-state dispute settlement mechanism (ISDS) that allows Indian investors to bypass Australian courts and bring legal claims directly to an international arbitration tribunal.

“Under the Australia-India Bilateral Investment Treaty, a disgruntled Indian investor can sue Australia for action by any level of government (including the Queensland government) that interferes with its investment in Australia,” Dr Jonathan Bonnitcha says.

“If a prospective claim by Adani were successful, Australia could be required to compensate the company for its expenditure related to the project and for lost future profits.”

Adani has threatened a multibillion-dollar law suit if the mine isn’t allowed to proceed. It says it has already spent $1.4 billion on the project, including tenements and the Abbot Point port lease to export the coal. It hasn’t put a figure on its expected profits.

“Foreign investors like ISDS, because the principles governing compensation are so generous,” Dr Bonnitcha says. “If the Carmichael mine isn’t allowed to proceed, Adani would also have a range of options to challenge that decision within the Australian legal system. But none of these options could conceivably lead to pay-out of compensation comparable to what is available through ISDS.”

Notwithstanding the risk of an ISDS claim, Dr Bonnitcha says that the incoming federal government shouldn’t fear international arbitration should they decide to block the mine.

“A basic principle of democratic societies is that laws and regulations are subject to change, provided this is done through proper legal processes,” he says. “Adani should have known that there were risks associated with investing in a new coal project due to the well-known link between the burning of fossil fuels and climate change.”

Dr Bonnitcha says that one of the main challenges for governments evaluating the risk of ISDS claims is that vague provisions in investment treaties make it difficult to predict the outcome of such cases. He says that an ISDS claim by Adani would have low prospects of success, but that the large amounts at stake can make some governments back down in response to investors’ threats of litigation. The appropriate way of dealing with these concerns is to clarify or terminate existing investment treaties, not to relax environmental controls, he says.

Adani planned to have the Carmichael coal mine – which will supply Indian power plants and generate electricity for millions of people – up and running four years ago.

Federal Environment Minister Melissa Price approved the company’s plan to manage groundwater at the mine recently, but the Queensland government is yet to approve construction. It is still seeking to protect a colony of endangered black-throated finches around the mine site.

Queenslanders are split over the mine, and it has become a key issue in the federal election campaign. Federal Labor leader Bill Shorten has refused to rule out reviewing the Commonwealth’s groundwater approvals for the mine. Seven high-profile independent candidates – who could hold the balance of power in a hung parliament – have promised to block the mine.

The treaty between Australia and India was terminated in March 2017. But, Dr Bonnitcha says, under a grandfather clause, Adani may still be able to rely on the treaty.

Depending on its corporate structure, Adani may also be able to rely on similar provisions in other treaties, such as the Free Trade Agreement between Australia and Singapore.

The case could mirror the example of US tobacco company Philip Morris, which sued Australia after the federal government introduced a law requiring plain packaging of tobacco products. Philip Morris moved its Australian assets to Hong Kong in 2011 in an attempt to sue Australia under a treaty between Hong Kong and Australia. It lost the case in 2015 after an expensive four-year legal fight.

“A recent paper, which I co-authored with ANU economist Dr Emma Aisbett, argues that these treaties weren’t intended for cases like Adani’s, but for cases involving seizure of assets,” Dr Bonnitcha says.

“Any regulatory action in relation to the Carmichael mine wouldn’t involve seizure of Adani’s assets. Investment treaties should not have any application to this sort of regulatory dispute.”

India and Australia; beyond cricket