The Kaldor Centre for International Refugee Law sees a strong and rapid uptake in contributions from humanitarians, academics and refugees. 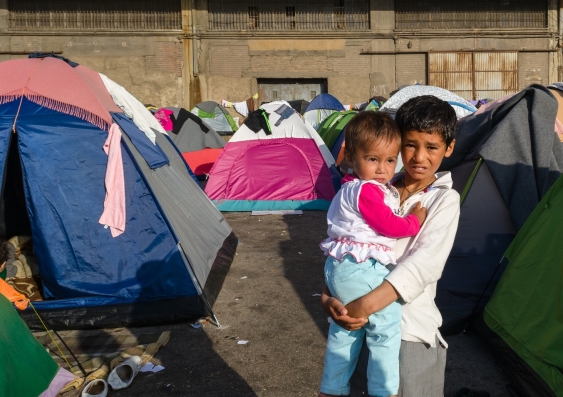 Many displaced people are living in overcrowded situations without resources, sanitation or fresh water. Photo: Shutterstock.

UNSW Law’s Andrew & Renata Kaldor Centre for International Refugee Law has launched a ‘watching brief’ hub – COVID-19 Watch – which includes analysis by a range of experts, such as lawyers, academics, UN officials and displaced people themselves.

Scientia Professor Jane McAdam, who is Director of the Kaldor Centre, says that the impacts of the coronavirus pandemic will be felt acutely by those who are already in vulnerable situations, such as displaced people – whether they be refugees, those seeking asylum, stateless people or those fleeing the impacts of disasters.

“A lot of people are living in overcrowded situations, whether they're in camps or urban settings. They might be in places where they don't have many resources, sanitation, fresh water – things that are absolutely imperative to combat the spread of COVID-19.

“I felt these issues really needed to be brought to the fore. And by having a dedicated space where academics, practitioners, refugees and other displaced people themselves could publish, we would create a go-to space for analysis and reflection.”

Professor McAdam says she was also struck by comments from returning Australians who were placed in quarantine about how their movement was being restricted.

“By no means am I trying to dismiss the very real concerns people were feeling, but I kept thinking this is what refugees face all the time. This might well be the first time Australians have had to consider what it means when you can't move around freely.”

COVID-19 Watch is designated a ‘watching brief’ because the coronavirus pandemic is a fast-moving situation, and restrictions around freedom of movement have happened quickly.

“When we get to the end of this, the issue will be how many of these restrictions are unravelled,” Professor McAdam says.

“In a blog I wrote, I pointed to how quickly restrictions can become entrenched, as they did after 9/11. Our watching brief is also keeping an eye on this and monitoring the situation.” 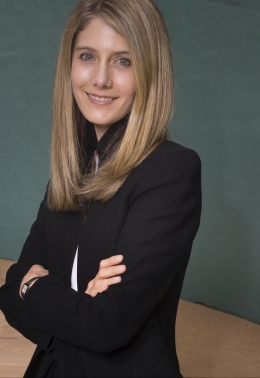 Initially, Professor McAdam approached more than 100 scholars who work on issues of forced migration to contribute to the hub – most were lawyers, but not all. She also approached humanitarians, more broadly – people who work with the UN, and practitioners and lawyers in Australia working with asylum seekers. As soon as she put out the call, she not only received a number of positive responses, but those people forwarded it to others.

“People from around the world are writing and offering pieces to us,” she says. “This has been a truly networked effect and there's a really strong line-up, which reflects how established the Kaldor Centre now is.

“We have received blogs from Oxford, Harvard, Canada and Germany. Professor David Sanderson [Inaugural Judith Neilson Chair in Architecture at UNSW Built Environment] has written about displaced people in Africa, and there's a piece by half a dozen refugee leaders.”

Going forward, Professor McAdam sees the hub’s role as awareness-raising. She is concerned that populations already in vulnerable situations and not given the attention they deserve may in future receive even less funding, support and welcoming opportunities.

“By flipping the focus here, we can show why refugees are perhaps the first who should benefit from borders being reopened. We can get people to start thinking now about proactive responses and solutions.

“How can the UN agencies do things differently in future? How do we collaborate better across the health actors and humanitarian actors? How do governments and different departments work better with each other? Is there a new way of doing things?”

Enabling and facilitating refugee voices and refugee-led solutions have been on the Kaldor Centre agenda for some time. In this crisis situation, refugees who are leaders in their own right are now generating change.

“As Gillian Triggs [UN Assistant Secretary-General and UNHCR’s Assistant High Commissioner for Protection] says in her piece, this is about all of us. This is not the time to divide communities. The only way we're going to help the world recover from COVID-19 is through a united effort that sees everybody as part of a global community,” says Professor McAdam.

The very fact of COVID-19 made the team at the Kaldor Centre think about how they could do things differently, Professor McAdam says.

“How do we adapt to this environment where suddenly we can't run all the events and seminars we were planning? We identified a gap and started this blog. There had been sporadic articles before, but nothing united.

“We believed we could bring expertise to the fore and awareness to the specific concerns of displaced people because of the strong global networks we have.”

The Kaldor Centre welcomes expressions of interest for contributions to COVID-19 Watch.