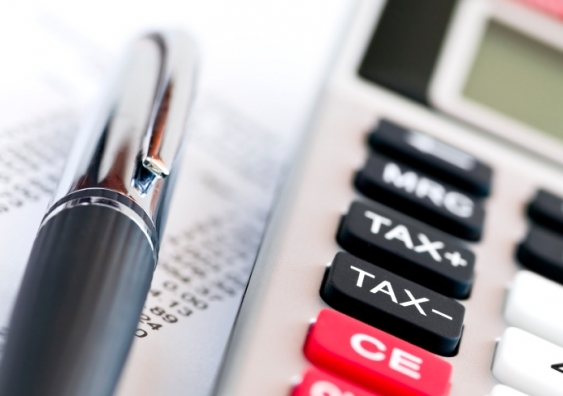 OPINION: One of the big political fights in 2018 is going to be over company tax reform: who actually pays the tax and who benefits from its reduction.

The United States slashed its corporate rate from 35% to 21% on 1 January. Meanwhile, over the past 15 or so years Australia has gone from having one of the lowest company rates in the OECD to one of the highest. The government's "enterprise tax plan" which seeks to lower the rate to 25% over a decade has been met with resistance from the Senate crossbench, and outright hostility from the Labor opposition.

Labor paints the government's plan as a "giveaway to the big end of town", while Treasurer Scott Morrison emphasises international tax competitiveness, and importance of business investment for jobs and wages.

Who's right? As a matter of economic theory either side could be. While the "statutory incidence" of company taxes is on business, the "economic incidence" is on whoever ultimately ends up paying it, which could be capital, labour, or some combination. It depends on how relatively mobile capital and labour are. That is an empirical question, and a tricky one to answer well.

When considering a change to tax policy – or any other policy for that matter – we want to know the causal effect of the policy change. That means that simply looking at what tax rates and wages different countries have is not much help as that simply reveals a correlation that could arise for a host of reasons that have nothing directly to do with company taxes.

It's a bit like observing that children whose mothers eat a lot of fish during pregnancy have better health outcomes and primary school standardised test scores. It could be because of the in utero health benefits of fish. Or it could be because wealthier mothers tend to eat more fish and children of wealthier people tend to have better health and educational outcomes.

Thankfully, a recent empirical study by three German economists, published in the flagship American Economic Review, contains an ingenious way to get at the causal effect of company tax rates on wages. They utilise the fact that in Germany the company tax rate is determined in part by the federal government and in part by local government. This gave rise to a staggering 17,999 tax changes in 10,001 municipalities between 1993 and 2012.

"The striking implications of how high company taxes can undermine the progressivity of the income-tax-transfer system certainly apply to Australia, too."

Just as importantly, the authors were also able to obtain administrative data on wages paid by employers. So rather than having a survey with dubious reliability, they know what workers at different employers in different municipalities actually got paid. Finally, because they have had so many local changes over two decades, they are able to factor out general economic trends over time, and other municipality-specific influences, and hone in on wage differences that are directly due to employers facing different tax rates.

The answer is that, on average, workers bear 51% of the total company tax burden. And because of their worker-level data, the authors can speak to which workers are affected the most and hence the distributional consequences of company taxes.

They find that higher company taxes reduce wages most for the low-skilled, women, and younger workers. Overall, this implies that once the hit that workers take from company taxes is factored in, personal income-tax-systems in countries like Germany and the US are as much as 40% less progressive than one would otherwise have concluded.

These lessons are highly applicable to Australia. The authors are even able to test how different labour market institutions – like collective bargaining at the company and industry level (enterprise bargaining) – affect the nexus between taxes and wages. They find that there are stronger wage effects for firms that collectively bargain – just as theory would predict. That's because this form of collective bargaining allows workers to share a portion of the economic pie created by both them and the company: and taxes shrink that pie. Australia's enterprise bargaining system fits right in with this.

The striking implications of how high company taxes can undermine the progressivity of the income-tax-transfer system certainly apply to Australia, too.

The best, most credible evidence we have suggests that a cut in the Australian company tax rate is not a gift to the so-called "big end of town". It provides a benefit to businesses and workers in fairly equal measure. And the benefits to workers tend to flow disproportionately to women, young people, and the less skilled.

Cutting the Australian company tax rate from 30% to 25% is not just good for business, and workers. It is also helps to redress economic inequality. Surely this reform is something that deserves across-the-board political support when it comes before Parliament again this year.