Although constitutional, new laws to strip the citizenship of dual nationals involved in terrorism are more far reaching than first thought and flawed, writes George Williams. 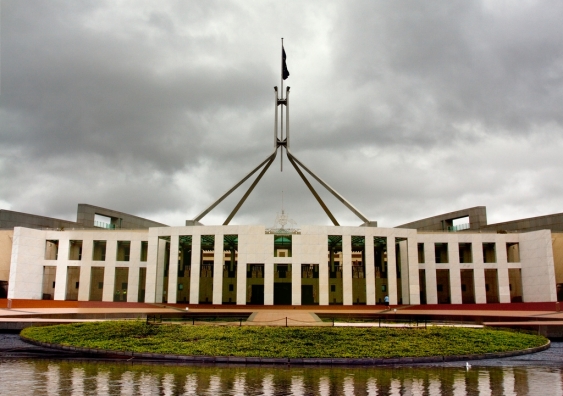 OPINION: The Abbott government has made good on its promise to introduce legislation to revoke the citizenship of dual nationals involved in terrorism. In doing so, it has responded to concerns that its proposal might be struck down by the High Court. Instead of allowing a minister to strip a person of their citizenship, the bill states that this would occur automatically. This is consistent with the current law.

The bill may well be constitutional, but this does not mean it will produce a sound and sensible reform. In fact, the detail of the bill reveals a new set of problems.

Section 35 of the Australian Citizenship Act provides for the automatic revocation of a person's citizenship if they are a dual national and serve in the armed forces of a country at war with Australia. It is reasonable to extend this to people who fight for a body like IS, or undertake acts of terrorism directed at Australia.

Unfortunately, the government has gone far beyond this. The result is a bill with deep flaws. It would permit a person guilty of a minor property crime, with no connection to terrorism, to be exiled from Australia. Citizenship might be stripped from a 15-year-old who graffitis a Commonwealth building, or a person who damages federal property in the midst of a protest.

The Bill provides three grounds upon which a dual national will have their Australian citizenship revoked. These grounds are expressed to be self-executing, and so no decision by a minister or court would be required before citizenship is lost. The only safeguard is an awkward procedure by which a person can be exempted if the minister believes this is in the public interest. The person affected would have no right to be heard by the minister.

The first ground applies where a person engages in a range of terrorism related activities, including committing a terrorist act, financing terrorism or directing a terrorist organisation. Citizenship would be revoked whether or not the person has been convicted. Indeed, a person could lose their citizenship even though they are acquitted of the offence by a jury.

Second, a person will lose their citizenship if, outside of Australia, they fight for or are in the service of a declared terrorist organisation. Australia has declared 20 terrorist organisations, including IS, the Kurdistan Workers Party and Boko Haram. This represents the most sensible extension of the existing law, although there are still concerns.

Being in the service of the Kurdistan Workers Party for example could cover activities that go well beyond military action. A person might be deprived of their Australian citizenship because they provide medical or humanitarian aid to people connected with the organisation.

Third, a person will cease to be a citizen if they are convicted of any of a large number of terrorism or other offences. The breadth of this category is enormous and troubling. People may lose their citizenship for actions that have little or nothing to do with terrorism, and indeed for actions that do not in any way suggest they are disloyal to Australia.

For example, citizenship would automatically be stripped from a person convicted of entering an area declared to be a no-go zone by the Australian government. This would occur even if the person has entered that area for innocent purposes, such as to do business, visit friends or undertake a religious pilgrimage. The same result would follow for a person convicted of damaging Commonwealth property or possessing a 'thing', such as a book or downloaded file from the Internet, that is in some way connected with terrorism.

In addition, the bill applies to people convicted of advocating terrorism or urging violence against certain groups. The effect is to deprive them of their citizenship merely because of their speech. Our politicians have moved a long way from the fine words they spoke last year in defence of freedom of speech. They have since introduced lengthy jail terms for speech, and now the prospect of a loss of citizenship.

The government has again overplayed its hand. Its proposal goes well beyond a modest, sensible extension to the existing law so as to remove citizenship from a person who has committed a terrorist act or fought for an organisation like IS. Instead, its bill could cause people to be exiled from the Australian community where their connection to terrorism is minor, or even non-existent.

Republic looks a bridge too far