Opinion A delayed reckoning: the US Federal District Court and LIBOR

The US Federal District Court's decision to strike out large parts of the Libor class action reveals a lot about the operation and limitations of private enforcement strategies, writes Justin O'Brien. 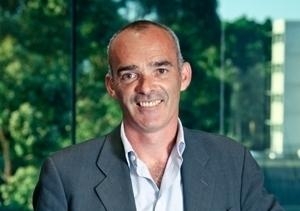 OPINION: The major banks implicated in the London Interbank Offered Rate (LIBOR) manipulation scandal received a major boost in their ongoing litigation strategies with the dismissal of large components of a consolidated antitrust claim in the Federal District Court in Manhattan last week. The judgement sought to delineate the parameters of the public and private enforcement in litigation that the former Assistant Attorney-General, Lanny Breuer, has maintained has the capacity to morph into the biggest white-collar crime in history.

“We recognise that it might be unexpected that we are dismissing a substantial portion of plaintiffs’ claims, given that several of the defendants here have already paid penalties to government regulatory agencies reaching into the billions of dollars. However, these results are not as incongruous as they might seem,” Judge Naomi Reice Buchwald held in a wide-ranging 161-page judgement.

While noting the seriousness of the LIBOR misconduct exposed in the regulatory settlements, Judge Buchwald expressed extreme scepticism about both the nature of the private claims and the manner in which they have been pleaded. In so doing, her ruling reflects profound concern about the potential misuse of the class action rather than commentary on the liability banks face in ongoing civil and criminal public enforcement.

In contrast to the careful approach of the Department of Justice, which has based its litigation strategy on misrepresentation, the class action privileged violation of state and federal antitrust law. This approach provides for punitive damages. In addition, one set of claims alleged that collusion in setting artificial submissions violated the Racketeer Influenced and Corrupt Organisations (RICO) statute. Invoking RICO had equally obvious attractions for the class action lawyers, notwithstanding significant legal limitations in application. Given the fact that the activity occurred in London and was, therefore, outside of the reach of US law. It was, however, according to Judge Buchwald, “a claim whose siren song of treble damages apparently proved irresistible.” Unstated but inferred was that a similar dynamic informed the application of state and federal antitrust law.

The Court held that to prove violation of the antitrust provisions of the Sherman Act (and its state level facsimile, California’s Cartwright Act), “a plaintiff must demonstrate not only that it suffered injury and that the injury resulted from defendants’ conduct, but also that the injury resulted from the anticompetitive nature of defendant’s conduct”. Judge Buchwald found, however, that “the process of setting LIBOR was never intended to be competitive. Rather, it was a cooperative endeavour to facilitate the creation of a benchmark”. Thus, “even if we were to credit plainiffs’ allegations that defendants subverted this cooperative process by conspiring to submit artificial estimates instead of estimates made in good faith, it would not follow that plaintiffs have suffered antitrust injury. Plaintiffs’ injury would have resulted from defendants’ misrepresentation, not from harm to competition,” she held. “The plaintiff’s theory is that defendants competed normally in the interbank loan market and then agreed to lie about the interest rates they were paying in that market when they were called upon to truthfully report their expected borrowing costs to the BBA. This theory is one of misrepresentation, and possibly of fraud, but not of failure to compete.”

A second set of problematic claims focused on violation of the Commodity Exchange Act of 2006. Here to succeed the plaintiffs had to satisfy two key tests. First, given the fact that the LIBOR setting occurred in London, it again had to survive the defendants competing claim that such a course of action violated the territorial limits of US law. While Judge Buchwald found that the CEA does not apply internationally, a cause for action could be sustained if the conduct impugned the integrity of domestic commodity markets. Thus, “because plaintiffs’ claims involve manipulation of the price of domestically traded futures contracts, they are not impermissibly extraterritorial”. Moreover, the grounds to proceed are provided precisely because “LIBOR was directly incorporated into the price of Eurodollar futures contracts, and by allegedly manipulating LIBOR, defendants manipulated the price of those contracts … In short, plaintiffs’ claims clearly involve manipulation of the price of Eurodollar futures contracts, and manipulating the price of futures contracts traded on domestic exchanges is precisely the conduct that the CEA was designed to regulate. Accordingly, plaintiffs’ claims fall within the purview of the CEA.”

Judge Buchwald cautioned that to succeed, the complained of conduct had to take place within the timeframe provided by the act. The Federal Court found “that certain of plaintiffs’ claims are barred, certain are not, and others may or may not be, though we will not dismiss them at this stage”. The judge pointed to the fact that as early as 2008, prominent media outlets including the Wall Street Journal, Bloomberg and the Financial Times had reported that LIBOR was operating at artificial levels. Such detailed reportage “put plaintiffs on inquiry notice of their claims based on Eurodollar futures contracts purchased during that period”. She found “unconvincing” the argument that the notice period should begin from the date UBS provided formal notice in its annual report in 2011 that it was under formal investigation.

According to Judge Buchwald, “although it is accurate that none of the [2008] articles definitively established that LIBOR was being manipulated, they did not need to do so to place plaintiffs on inquiry notice. Rather, they needed only to suggest to a person of ordinary intelligence the probability that LIBOR had been manipulated. Accepting as true plaintiffs’ allegations that they were injured by paying too high a price for Eurodollar futures contracts and that the price at which Eurodollar contracts trade is affected by existing LIBOR fixes, it follows that if plaintiffs were on notice that LIBOR had been set at artificial levels, they were also on notice of their injury”.

Judge Buchwald also placed significant limitations on the use of future material that may reach the public domain as a consequence of ongoing public enforcement. “We are inclined to think that the articles discussed above placed plaintiffs on inquiry notice of their injury based on any sort of LIBOR manipulation,” she ruled.

The most damning aspect of the ruling, however, focused on the deployment of the RICO statute. This may have made for good headlines and help in settlement negotiations but for Judge Buchwald would never satisfy a court as legitimate. Two reasons were advanced. First, “all of defendants' misrepresentations to the BBA would likely be grounds for a securities fraud claim by the SEC, which would be sufficient for plaintiffs’ RICO claim to be barred under the Private Securities Litigation Reform Act’s (PSLRA) RICO Amendment”. Secondly, as noted above, according to the District Court ruling the “plaintiffs’ RICO claim rests on an impermissible extraterritorial application of the RICO statute. This provides an independent basis for dismissing plaintiffs’ RICO claim”.

Judge Buchwald has done us all a service in delineating the legal landscape. Its effect is to transfer primary leadership back to regulatory authorities and the Department of Justice. The question is whether public enforcement will impose sufficient additional non-financial penalties in settlement negotiations to ensure practice changes in the City of London and New York, given the absence of multibillion dollar class action settlements. It would indeed be a tragedy if yet another opportunity by regulators to institutionalise restraint was wasted. As Judge Buchwald has made clear, they are the only ones with the authority and legitimacy to do so.

Professor Justin O'Brien is director of the Centre for Law, Markets and Regulation in the UNSW Faculty of Law.