Copyright is much more than a creator's private property right or a mechanism through which corporations control cultural production and influence mass consumption choices, says cultural law expert. 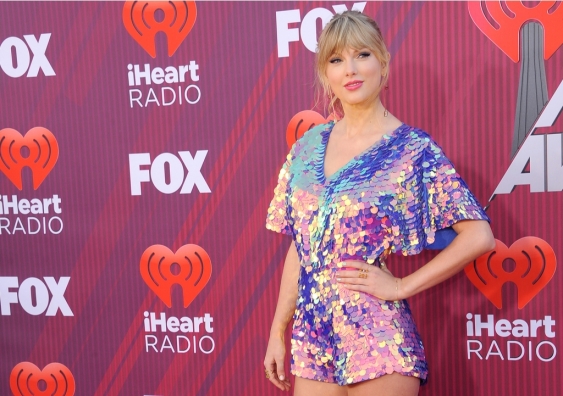 While talent and luck are often fundamental elements ensuring an artist’s success, adapting to the everchanging demands of the entertainment industry is also a skill in itself. Most successful creators have actively engaged in understanding their celebrity, knowledgeable about their genre, understood their audiences, and played with fandom — and it has been this way for over a hundred years.

“Being a creator is about being cognisant of the whole context of what you are doing, i.e. what is your message, what audience you want to reach and how you want to interact with them,” she says.

Intellectual property influences our daily lives mainly by affecting the way we enjoy stories, film and music – how we know about them, how we get access to them, and who we associate them with.

“In reading the media you might think that copyright is all about corporate control. It is of course, but the most important forms of control are the ones that we don’t really see,” Prof. Bowrey says.

“Intellectual property and copyright are really about people, about how they understand the value of their creativity and how they use business relationships and systems to control their works and connect with audiences.”

But legal rights and deals are only a small part of what matters, and the opportunities change all the time. By looking at the experiences of a range of people who lived and created during the early period of intellectual property development, one can see how different opportunities were created by:

“Copyright shouldn’t be measured simply in terms of royalties received. What is more important is building relationships that can sustain a career. This is not something that is talked about openly when lawyers talk about creator’s rights but while it is a lot of work, using laws in ways that don’t tie you down to how things have been done in the past, can greatly affect the outcomes. This was true in the late 19th century and early 20th century, and it is just as relevant advice with the rise of big platforms and streaming services today,” Prof. Bowrey says. 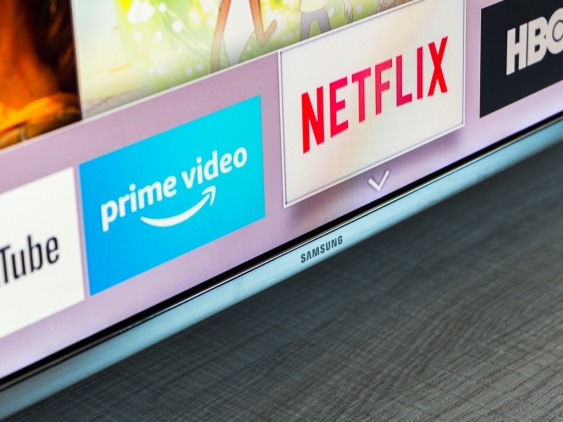 Building relationships that can sustain a career is as relevant today with the rise of big platforms and streaming services, says Professor Kathy Bowrey. Image: Shutterstock

Having a clear understanding of copyright as the creation of industrial authorship, identifying how value is created through the development of distribution channels and launching marketing strategies that create a unique cultural experience for audiences and fans – will all ensure the longevity of an artist’s successful career.

“This is not anti-copyright. But about taking the potential of copyright ownership far more seriously and making a space for more diverse and interesting engagements with culture,” Prof. Bowrey says.

“Of course, there are also lobbyists, interest groups and industry organisations pushing particular ideas about development and progress. An example is how Hollywood managed to dominate international film markets without signing up to the Berne Convention – an international agreement governing copyright that deals with the protection of works and the rights of their authors. In essence, Hollywood operated without having a valid copyright in many of the markets where their films were sold.”

The origins of the sound recording right

The development of global cultural markets has influenced the decision-making that artists had to make to remain relevant such as commercial opportunities and the longer-term consequences of their future ventures.

An example is Australian icon Dame Nellie Melba, an operatic soprano from the early 20th century who defied the status quo and risked her reputation by recording “canned music” during a time when the gramophone was not considered serious music. 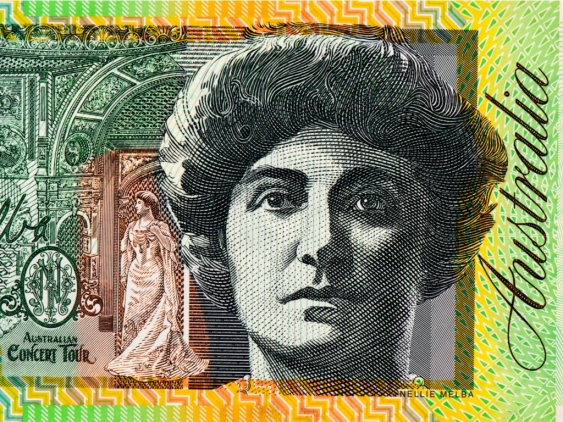 “Melba had a really interesting back story about international business deals and manipulation of personal relationships in the music industry. She released recordings during a time where live music was the culture. This was the first step to the invention of something we now take for granted – the sound recording right,” Prof. Bowrey says.

Drawing similarities to the #MeToo movement today, Melba was a woman at the top of her profession but who was exploited by the executives of The Gramophone Company and undermined by her partner, C. Haddon Chambers, an Australian-born playwright.

“The Gramophone Company colluded with Chambers and arranged for him to receive an illegal fee on every record she sold, in exchange for him pressuring her to release her recordings.

“I found this manipulation and exploitation of women so infuriating. Leveraging her publicity and image to sell recordings to a female audience, was there from the very start,” Prof. Bowrey says.

Is the music industry still gendered?

"In spite of more diverse gender role models in the music industry today, ugly contractual disputes with recording labels still exist. High profile cases involving artists such as Megan Thee Stallion, Kesha and Taylor Swift are all examples of women having to face contractual obstacles when trying to free themselves from the control of men. 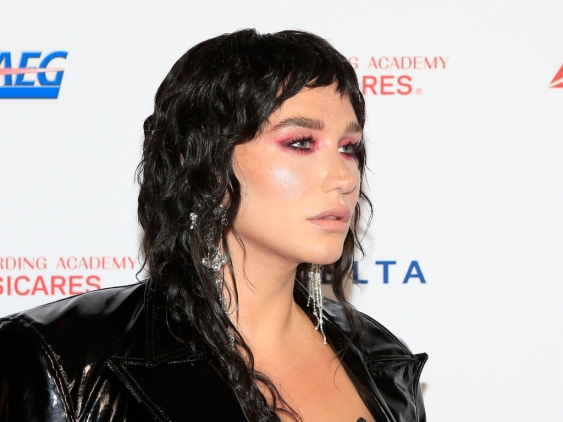 “The law is gendered and this affects opportunities available to women and repercussions on their careers,” Prof. Bowrey says.

Last year, Megan Thee Stallion sued her record label for taking advantage of her when they made her sign an unfair deal when she was new to the industry and had little bargaining power. According to her contract, she could only retain 40 per cent of recording royalties and 30 per cent of her touring income, while her label absorbed the rest.

Most recently, Taylor Swift made the unconventional decision of exercising her publishing rights and re-recording her first six albums produced under Big Machine Records. This was a move to own her masters after Scooter Braun – a producer that she accused of “incessant, manipulative bullying” – made a deal with Big Machine Records to buy her masters. By re-recording her own songs, Taylor would be able to place her new recordings in direct competition with her old recordings owned by her former label.

The interplay between old and new international copyright reform

Contemporary performers such as street artist Banksy and experimental British band Radiohead have raised serious questions about the ways intellectual property rights work today. Can artists benefit from the status quo and adhere to orthodox legal views about the value of rights and how value is created?

Back in 2007, Radiohead went against the norm when they released an album on a pay-what-you-want model.

“The sale of their label EMI as part of a strategy of buying catalogues by a venture capitalist on the cusp of streaming taking off, was one of things they objected to. This move marked the conclusion of the digital music piracy wars to some extent,” Prof. Bowrey says.

But in responding to critics of the band, this highlighted the role of copyright in supporting artists and fair distribution of profits. Today, this remains a concern with passive new distribution models like Spotify.

“Contemporary artists need to think more carefully about exploitation and distribution. What it is that they actually have to sell and what is the commodity. For example, Banksy is a performance artist who is constantly disrupting the legal and economic expectations. He is constantly pushing what is possible, but this also raises those questions about how we engage with art and culture,” Prof Bowrey says. 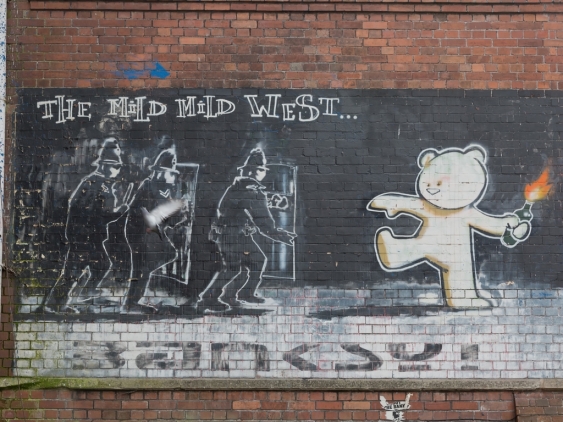 Banksy, who is famous for his graffiti being levered off buildings to be sold at auction, is currently being challenged in the EU as a trickster. His use of copyright and trademark (TM) completely unsettled conventional legal ideas about how intellectual property rights (IPRs) are supposed to work. And people are really agitated trying to work out if he is for or against commodification.

Despite coming from very different backgrounds and experiences, both Radiohead and Banksy have pointed out that copyright is failing to support their interests and ambitions and that it is worth trying different paths.

“From a legal perspective, when people think about things like a recording contract – it's not really about assigning simply a right to a performance. It's actually a whole image about what the company is interested in. This is not considered part of the contract but it’s what is actually driving the deal,” Prof. Bowrey says.

With the move to new music platforms, Prof. Bowrey says that until artists really think about how they use their rights and how they use their image as part as their main business deal, they are not going to benefit from their contractual arrangements.

“They are going to continue to be manipulated and subject to unequal bargaining positions if they don’t prioritise their rights and image in the deals they make,” says Prof. Bowrey.

Current contracts are usually not available to discuss publicly, but you can learn a lot by looking at how industry terms have come into being.

This research was funded by the Australian Research Council. Prof. Bowrey’s book is now available.