Do you think that empathetic smile comes naturally? 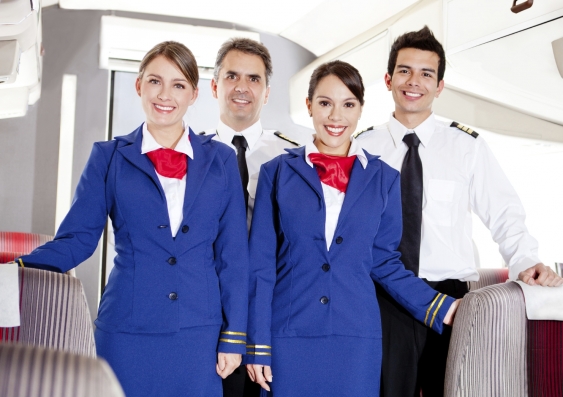 Smiling through gritted teeth. How many people can identify with those moments when emotions are kept in check – even when on the inside, they are irritated or unhappy?

This state of mind has a name: it’s called emotional labour and in a work context it refers to a process where an employee will manipulate their emotions in order to satisfy the perceived requirements of their job.

The need to be constantly pleasant and cheerful in the workplace is a demand that, according to research, affects customer satisfaction with a service delivery, and it can take its toll on health and wellbeing over time.

Emotional labour (EL) was coined as a term by academic Arlie Hochschild in her 1983 book, The Managed Heart. EL is commonly categorised as two distinct strategies: deep acting and surface acting.

The former is where a person consciously modulates inappropriate feelings, such as by recalling good memories or using positive thinking techniques. By contrast, surface acting is when someone only disguises their inner feelings superficially through facial impressions, while remaining unhappy.

Hochschild takes the flight attendant as a good example of someone who has to regulate their emotions no matter how exhausted they are from having to deal with a vomiting child or an unpleasant passenger.

Mahsa Esmaeilikia, a tutor and PhD student in the school of management at UNSW Business School, has been studying emotional labour and notes that both surface and deep acting strategies have been employed in the airline industry.

“They train the flight attendants to think about the customers as kids who are afraid of the flight and don’t feel in control. They don’t want to be annoying but they are just kids. It helps the flight attendant to change their inner emotions from negative to positive and feel the appropriate emotions before they show the emotion,” Esmaeilikia says

In comparison, Esmaeilikia points out that surface acting is far more demanding and tiring for people to keep up for long periods because it requires more effort: “The difference between what you experience inside and what you are expressing, makes you exhausted.”

Research has also shown that surface acting – or putting on a smiling face while feeling grumpy – is ineffective compared with deep acting as customers can spot the faking.

Moving one step further, Esmaeilikia and Markus Groth, a professor at UNSW Business School, wanted to explore the effects of moving from deep to surface acting and vice versa to see what lessons there were for training in industries such as retail, hospitality, health and nursing. And also to see how switching between the two strategies affects customer satisfaction with a service.

In an experiment, students were invited to attend career counselling sessions with actors trained to display deep and surface acting.

Equally, the results showed that surface acting, which comes after deep acting, has a more negative effect on participants, even compared with constant surface acting.

So training an employee to override negative emotions and modify their inner feelings may be beneficial. But is it possible to teach employees to act nice – or at least, to act less nasty? Human nature is human nature, after all.

It hasn’t stopped companies from trying. Global fast-food giant McDonald’s was reported to be encouraging its franchises to train workers to be less rude to its customers. And if you think the barista fashions that heart shape on the top of the coffee just for you, think again.

In an increasingly service-oriented marketplace, some organisations recognise they need to support their workers and help them deal with the impact of emotional labour.

The easiest way to do this is by recruiting the right people from the start. Online training company, mindtools.com, advises on managing emotional labour and says on its website that “individuals vary in their ability to deal with inauthentic, or 'pretend,' emotional expressions.

‘The knowledge economy may be the way of Australia’s future, but it is also an economy that places emotions demands on the nation’s workers’  – Catherine Leighton

“Some workers may be able to identify with the organisation's values of positive emotional communication, making them better prepared to express appropriate emotions. Also, people who are generally more cheerful and pleasant may be able to turn off negative emotions more easily than others.”

Clearly, these are the kind of people that retail companies such as Boost Juice are talking about when they advertise their global franchise partners who “all hold the passionate ‘love life’ attitude”, where you will be “served by positive and energetic people who greet you with a smile and are polite enough to call you by your first name”.

Presumably, this is regardless of whether you say ‘please’ or ‘thank you’.

Around two-thirds of Australians work in occupations with high emotional labour requirements in which they must regulate their displays of emotion to align with organisationally desired norms, according to Catherine Leighton, a professor at University of Western Australia Business School,

“The knowledge economy may be the way of Australia’s future, but it is also an economy that places emotions demands on the nation’s workers,” Leighton says.

The problem with this emotional regulation is that it can lead to early burnout and impact on job satisfaction, poor physical health and an undermining of organisational commitment and impact on employee retention. ​

On a personal level, it has been suggested that the internal emotional conflict can create a disconnection from close, personal relationships.

Leighton has looked particularly at what she calls the “emotion work”, the self-censoring that occurs when employees interact with each other (rather than clients, customers or patients).

“In situations in which employees engage in both emotion work and emotional labour, employees may prioritise and nurture their customer relations, as this directly relates to their job requirements and, in doing so, they may neglect their relationships with co-workers, resulting in strain and burnout,” says Leighton.

“The importance of emotion work cannot be overstated, as one study found 23% of personal attacks or incivility experienced by employees were instigated by co-workers,” she adds.

The people most likely to be at the tail end of this incivility are women, who are viewed as a better fit for service-facing jobs due to their predisposition for “soft” skills such as empathy and intuition. These skills are expected in nursing and healthcare, teaching and hospitality, but they are not on any job description.

Jennifer Lena, a sociologist from Columbia University, in an interview with The Guardian, says: “The way I think of emotional labour goes as follows: there are certain jobs where it’s a requirement, where there is no training provided, and where there’s a positive bias towards certain people – women – doing it. It’s also the kind of work that is denigrated by society at large.”

But it’s not just in low-paid jobs where the burden of emotional labour falls disproportionately on women.

Jessica Collett, a professor of sociology at the University of Notre Dame, says that among boardroom members, where both men and women may have to schmooze clients as a typical part of the role, women are expected in addition to this to provide extra emotional labour such as making small talk with staff, remembering birthdays and work anniversaries and generally adding to office harmony.

With equal pay for women still some way off, remuneration for emotional labour, recognised as a workplace skill, is not even on the horizon. It looks as though women may have to grit their teeth for some time to come.

This article was first published on BusinessThink.

The future of work is now, so how should leaders drive innovation?