Although Iran says it is open for business, its economy remains closed to its largest non-Muslim religious minority, writes Fariborz Moshirian. 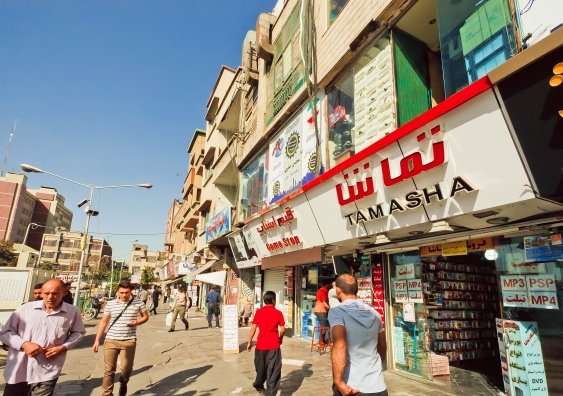 OPINION: As Prime Minister Malcolm Turnbull joins world leaders in New York this week for the 71st session of the UN General Assembly, the word “apartheid” is being voiced in the corridors of power once again.

One figure bound to attract particular interest is Iranian President Hasan Rowhani. Unlike his predecessor, Mahmoud Ahmadinejad, he can be expected to use the occasion of his address today not for political bombast, but to promote the message — as conveyed repeatedly by his Foreign Minister, Javad Zarif, over the past year — that Iran is “open for business” with the world.

Commentators agree Rowhani’s prospects in next year’s presidential election depend on his ability to attract foreign investment and bring prosperity to a country whose economy was crippled by sanctions before last year’s deal on Iran’s nuclear program.

The problem for Rowhani is that other nations may question him about the economic apartheid practised in Iran.

Although Iran says it is open for business, its economy remains firmly closed to its largest non-Muslim religious minority, members of the Baha’i Faith, a religion that recognises the equality of all people and seeks harmony among all sectors of society, lawfully and without engaging in partisan politics.

Last week the Baha’i International Community’s UN office released a letter it has addressed to the Iranian President, calling for an immediate review of what it describes as “economic apartheid against a significant segment of Iran’s population”.

The letter refers to the prohibition against employment of Baha’is in the public sector, the ban of their engagement in a wide range of trades and professions under the “irrational and offensive pretext” that they are religiously unclean, and the pressure placed on private sector employers to dismiss Baha’i employees and to avoid doing business with Baha’is.

Many obstacles are placed in the path of Baha’is seeking to establish small businesses to survive, including the refusal to issue business licences, and the sealing of their business premises when they close their shops in observance of their holy days, a trend witnessed increasingly across the country during Rowhani’s administration.

And then there is the statutory regulation that not only forbids the enrolment of Baha’i students at Iranian universities, but also stipulates that if students are identified as Baha’i at any point during their studies, they should be expelled immediately and denied further education.

Many independent reports have confirmed these claims. In a report released in March, UN special rapporteur Ahmad Shaheed pointed to “systematic policies designed to discriminate, target, harass and economically deprive (Baha’is) of the right to a livelihood”. He expressed “serious concern at the continuing systematic discrimination, harassment and targeting that adherents of the Baha’i Faith continue to face in the country”.

UN Secretary-General Ban Ki-moon urged the Iranian government to “take immediate steps to protect the rights of all persons belonging to religious and ethnic minorities, especially Baha’is, and to address all forms of discrimination against them”. Amnesty International’s 2015-16 report on Iran confirms that Baha’is and other religious minorities face “discrimination in employment and restrictions on their access to education and freedom to practise their faith”.

Is it going too far to call this economic apartheid? Winston Nagan, professor of law and former chairman of the board of directors of Amnesty International USA, has written that, much as he usually bristles when comparisons are made to the apartheid system under which he grew up in South Africa, the Iranian government’s treatment of the Baha’i community bears “striking similarities” which are “surprisingly reminiscent of the apartheid system”. He identifies the barriers to education for a segment of the population, restriction of certain occupations to particular groups, and massive confiscation of properties as areas in which the Iranian government’s treatment of Baha’is is directly comparable to the treatment of black people in apartheid South Africa.

Rowhani has promised to improve human rights in Iran, but the results have been meagre. If Iran wants to legitimately rejoin the international community, it needs to do better in respecting the rights of its own citizens. The situation of the Baha’is is a good place to start.

But this is not only a matter of justice, important though that is.

In the decades before the 1979 revolution, Iran’s Baha’is were significant contributors to the economic and educational progress of their country.

If Rowhani is serious about seeking economic prosperity, it makes no sense to refuse, on specious religious grounds, the potential contribution of this community.

Continuing the policy of economic apartheid also risks a situation where international corporations will find that participation in the Iranian economy runs contrary to their stated corporate values and legal assessments. They will not want to be complicit in human rights abuses.

For Iran to show that it is genuinely “open for business”, it needs to change tack and welcome the economic contribution of all its citizens, regardless of religion, ethnicity or gender.

Fariborz Moshirian is the director of the Institute of Global Finance and Professor of Finance at the UNSW Business School.