Opinion The economic consequences of a Hillary Clinton victory 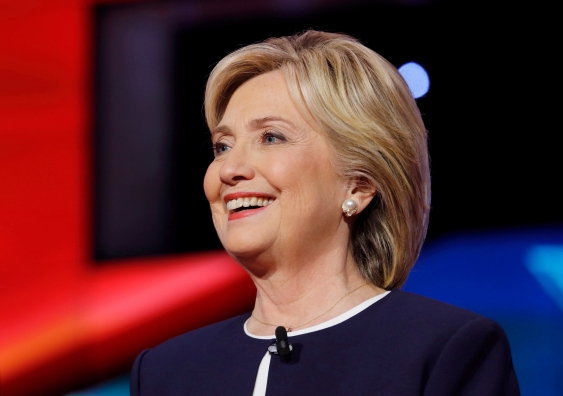 OPINION: Once the bookies start paying out you know a race is over. And they are already paying bets on the outcome of the US presidential election. So it's a good time to start thinking about a Clinton administration – and particularly economic policy.

During her campaign Hillary Rodham Clinton (HRC) has argued for some fairly left-leaning policies, at least by historical standards. She has campaigned in favour of raising taxes on high-income earners and companies, raising the minimum wage, scrapping the Trans-Pacific Partnership, and creating the largest jobs program since World War II.

There's a good chance she believes in her platform. What then, might happen?

That requires a lot of speculation, but here goes.

Let's begin with the minimum wage. The best economic evidence suggests that modest increases do not decrease employment much, but do help the recipients a lot. Moreover, the Clinton plan to move gradually to a national $15 minimum wage is hardly radical. Some large cities have already announced such plans, and many states already have minimum wages about the federal minimum wage level. It's a good policy, and will likely do a lot to help the working poor.

Similarly, her stance on trade agreements not revolutionary. I support the Trans-Pacific Partnership – but even advocates must acknowledge that previous deals have done most of the economic heavy lifting. Deals like the North American Free Trade Agreement were hugely important. The TPP is good, but it's kind of an optional extra in the trade reform landscape. And it's not even clear she is really against it based on recently revealed speeches she made to private gatherings.

Tax policy is an area with more dramatic proposals. A 4 percentage point increase on those earning more than $5 million, adopting the so-called "Buffett Rule" to establish a minimum threshold rate of tax payable, raising the estate tax back to 2009 levels, and cracking down on certain corporate tax breaks and loopholes are among the measures HRC proposes.

These measures are likely to make a dent in income inequality, which is vital. It will also make the system look fairer. Hedge fund managers can't believe their luck that carried interest is taxed as if it were capital gains rather than ordinary income. That policy is a boondoggle for funds managers. Scrapping it won't raise much money, but it is important for confidence in the system. As former US Treasury secretary Larry Summers once said: "Rarely has a policy existed so long with such weak arguments in its favour."

Overall, on tax it looks a boost to actual and perceived fairness, while arguably reducing the federal deficit.

Her website describes what may be her boldest policy: "Launch our country's boldest investments in infrastructure since the construction of our interstate highway system in the 1950s." Anyone who has visited an American airport knows the US is in dire need of new infrastructure spending.

Many people (including myself) have advocated such infrastructure investment as a way to help overcome the downward shift in the stable rate of economic growth (or "secular stagnation") that has plagued most advanced economies. It is indeed a bold policy, and a very good one.

In education, Clinton plans to make preschool universal for four-year-olds. She also wants to guarantee up to 12 weeks of paid family leave. These are all things that should boost economic growth, in addition to improving health and education outcomes.

It's not all quite so rosy. Her plan to strengthen manufacturing looks like wishing for the past, and calls for a "crackdown on companies that ship jobs and earning overseas" sound implausible. Calling for a "New Manhattan Project" to "rebuild American manufacturing" is rather over the top. It's not even clear it has a well-defined objective, apart from winning votes.

One could easily imagine this becoming old-style winner-picking industry policy: very expensive and not effective. And Congress might allow it, since it helps them deliver pork to their districts.

Hillary Clinton has different packaging than Bill, the previous Clinton – and some important differences. But the proposals are hardly the stuff of the radical left. They are pretty centrist, but should make America a fairer place – with better, growth-boosting infrastructure.