Opinion Explainer: the reform of sexual consent laws in NSW 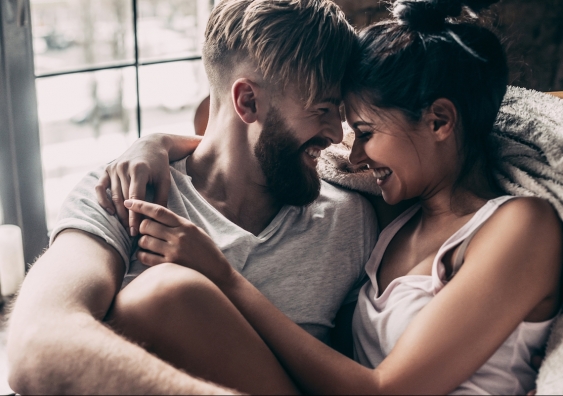 A key change in the reform of NSW's sexual consent laws is the inclusion of communicative and affirmative consent language. Photo: Shutterstock.

What are the major changes to sexual consent laws in NSW?

A key change is the inclusion of communicative and affirmative consent language in the Crimes Act 1900 (NSW). In particular, the reforms make it clear that consent to sexual activity must be communicated by words or actions, and that there is a responsibility to take steps to find out whether the other person is consenting.  This has been achieved by important changes to the rules governing proof of non-consent and proof of knowledge of non-consent – the key components of the criminal offence of sexual assault, and other sexual offences.

First, it has been common in sexual assault trials for the defence to challenge the Crown’s ability to prove non-consent by citing evidence that the complainant did nothing to manifest non-consent, such as silence or lack of resistance. From now on, NSW law provides that evidence that a person did not say or do anything to communicate consent will be evidence of non-consent – which is a prosecution strength, not a weakness.

Second, an accused person can no longer assert that their belief that the other person was consenting was reasonable unless there is evidence that they took steps – by words and/or actions – to find out.

Read more: How do we effectively teach sexual consent?

Other changes include clearer recognition that sexual consent involves ongoing and mutual communication, that a person has the right to withdraw consent at any time, and that if someone gives consent to one sexual act, it doesn’t mean they’ve consented to other sexual acts.

The reforms also expand the list of circumstances in which ‘apparent’ consent will be treated as non-consent. The list now includes: fear of serious harm to person, property or animal; coercion, blackmail or intimidation; and fraudulent inducement such as trickery.

Why did sexual consent laws need to be strengthened in NSW?

The laws were changed to better deliver justice to sexual assault survivors. It is estimated that as many as 87 per cent of women who have experienced sexual assault do not report their experiences to police, and even fewer go to court. For those who do, the system largely fails them.

Under an affirmative consent standard, silence or lack of resistance cannot be interpreted as consent. This is intended to recognise how some people may respond to non-consensual sexual activity by freezing and being unable to say or do anything to express non-consent due to fear or trauma. The reforms now empower judges to give the jury an educative direction on this and other ‘rape myth’ or stereotype topics.

The reforms aim to ensure fairer and more effective prosecutions of sexual offences, address misconceptions about consent in trial proceedings, improve survivor experience of the justice system, and enhance juror understanding of the complexities of sexual offending and the importance of not relying on rape myths and stereotypes in making their decisions.

What is the situation in other states?

In recent years, several Australian jurisdictions have been addressing the need to reform sexual consent laws and the rules governing rape/sexual assault trials, following the lead of Victoria and Tasmania, states which took early steps towards a communicative consent model. In 2020 the Queensland government was criticised for making only modest reforms to the law, and failing to write an affirmative consent standard into the Criminal Code. Victoria, once a leader in this field of sexual offence reform, has fallen behind, but if the government implements the recommendation of the Victorian Law Reform Commission’s (VLRC) 2021 report on Improving the Response of the Justice System to Sexual Offences, it will regain its position as a leader among Australian jurisdictions.

Could more be done to improve the experience of sexual assault survivors in the justice system?

While these reforms are a major improvement, they must be complemented by a survivor-centered response within education, healthcare and justice sectors including training for police, legal practitioners and judiciary. In Victoria, the VLRC has recommended that the government should trial a range of measures, including the creation of a restorative justice scheme that is suitable for sexual violence, and which would operate to supplement criminal justice system responses.

What’s being done to educate young people’s understanding of consent?

The NSW reforms are accompanied by a campaign targeted to youth on social and digital media to help change social behaviours. Known as the ‘Make No Doubt’ campaign, the videos aim to empower young people to check consent before engaging in sexual activity, and to promote communicative consent as a positive ethical approach to sexual relationships.

The Australian Curriculum has also been enhanced with regard to respectful relationships and consent, including strengthening explicit teaching of the skills and understandings required for respectfully giving and gaining consent in age-appropriate ways across the school years.

There is also a range of community-led projects, such as ACON’s Say it Out Loud, which takes a capacity-building approach and models healthy relationships and consent.

Dr Allison Carter is an Australian Human Rights Institute Associate and Senior Lecturer at the Kirby Institute at UNSW Sydney and Professor Luke McNamara is Co-Director of the Centre for Crime, Law and Justice at UNSW Law & Justice.