Opinion FactCheck: is Australia on track to have the oldest pension age in the developed world?

Is Labor’s Jenny Macklin right when she says increasing the pension age to 70 would give Australia the oldest retirement age in the developed world? Rafal Chomik investigates. 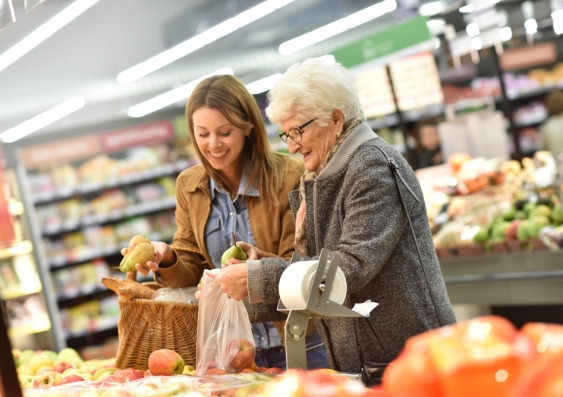 Malcolm Turnbull is … increasing the pension age to 70 – meaning that Australia will have oldest pension age in the developed world. – Jenny Macklin, shadow minister for families and social services, press release, February 6, 2017.

As the government seeks to balance the budget and looks for ways to trim the social services bill, the Coalition has proposed raising the pension age to 70 by 2035.

The current eligibility age is 65 years, and will gradually increase to 67 years between July 2017 and July 2023. But what happens after then is up for debate.

The government has recently reaffirmed its commitment to a policy, first proposed in 2014, to boost the pension age to 70 between 2025 and 2035. This measure would affect people born after June 1966, and is yet to be legislated.

Labor’s Jenny Macklin said that increasing the pension age to 70 would mean that Australia will have oldest pension age in the developed world. Is that right?

When asked for sources to support her statement, a spokesman for Jenny Macklin referred The Conversation to pages 131-134 of the Organisation for Economic Co-operation and Development’s (OECD) Pension at a Glance 2015 report, and a news report in The Australian that quoted Social Services Minister Christian Porter as saying:

We’re still committed to raising the pension age in a slow and measured way to 70. That policy will not affect anyone born before 1966 and legislating it is not a time-critical issue for us.

Macklin’s office has provided a good source (the OECD report) to support her assertion. But because her quote is making a prediction about the future, the situation is a bit more nuanced than may first appear.

How is the pension age set?

In some countries, including Australia, the government sets a pension eligibility age by legislating a scheduled change. The current pension is set to rise from 65 to 67 years between July 2017 and July 2023. Any changes after that would need to be passed through parliament.

Other countries, however, take a different approach. They index the pension age to life expectancy, meaning that as people live longer, the pension age shifts up. In some cases, the process still requires approval from the country’s parliament.

The OECD’s Pensions at a Glance 2015 report presents a snapshot of pension ages across the developed world, based on legislation in place in 2014.

The data suggest that if the Coalition’s measure were implemented, a pension age of 70 in Australia would indeed be higher than in any other developed countries.

But it’s not just Australia pushing up pension ages. Developed countries are continually legislating for higher eligibility ages. The trend has been around since the 1990s due to growing pension bills for governments, in part caused by increasing life expectancy, the increases in which are routinely underestimated.

It’s beyond the scope of a FactCheck to say with any certainty what will or won’t happen in the future – policy in Australia or other developed countries may change between now and then. But let’s see what the available evidence says about how things might look by 2035.

Figures from the OECD on current pension ages tell us exactly how old people needed to be in 2014 to be eligible for a full pension.

But the projected pension ages are trickier. The chart below refers to the future pension eligibility age. By that we mean the age at which people who entered the workforce in 2014 aged 20 are expected to receive a full pension. So the OECD report that Macklin has referred to relates to a period far in the future, in the late 2050s to early 2060s.

Since 2015, several countries have legislated pension age increases not reflected in the OECD data, including Germany and Canada, which will both increase it to age 67 by 2029.

The Czech Republic, for example, has also legislated to raise its pension age faster than the OECD reported. It will raise pension age to 67 by 2044 and by two months every year thereafter. Therefore, a Czech person who entered the workforce aged 20 in 2014 would be 69.8 when they could access the pension (just under our threshold of 70).

Countries that index pension age to life expectancy are also seeing their retirement ages go up. These countries include Denmark, Cyprus, France, Netherlands, Portugal, Slovak Republic and the UK.

Each nation that indexes their pension age has a slightly different formula to work out when, and by how much, it changes.

But given that people in the developed world are living longer and longer, it’s probable that a number of countries will have pension ages of 70 or above by the middle of the century.

For instance, if we look at the latest projections about life expectancy in the Netherlands, they could have a pension age of roughly 71 years and 6 months by 2060.

Even so, none of these countries are predicted to reach a pension age of 70 before 2035, which is what the Coalition is proposing.

Based on the best available data, Jenny Macklin is correct. If legislated in Australia, a pension age of 70 would very likely be the highest in the developed world by 2035.

None of the countries that are gradually increasing their pension age based on life expectancy are expected to reach this benchmark before 2035.

That said, it’s possible that one of the countries that create separate legislation for every change to the pension age (as Australia does) could also suddenly increase their pension age.

And it’s likely that, as life expectancy increases, people in all parts of the developed world will gain entitlement to the pension later and later in life. – Rafal Chomik

I agree with this review, which provides a balanced summary of the complexities of comparing current and projected pension ages.

The 2015 edition of the OECD Pensions at a Glance is the best source of information on pension systems in developed economies, and as noted this source supports Jenny Macklin’s statement.

However, it is always possible that countries may choose to dramatically change pension ages between now and 2035. – Peter Whiteford

Have you ever seen a “fact” worth checking? The Conversation’s FactCheck asks academic experts to test claims and see how true they are. We then ask a second academic to review an anonymous copy of the article. You can request a check at checkit@theconversation.edu.au. Please include the statement you would like us to check, the date it was made, and a link if possible.