Reports that Treasurer Joe Hockey has refused to back down on plans to strip $4 billion from school and hospital funding in the May budget will do little to repair relations between the States and the Commonwealth, writes Andrew Lynch. 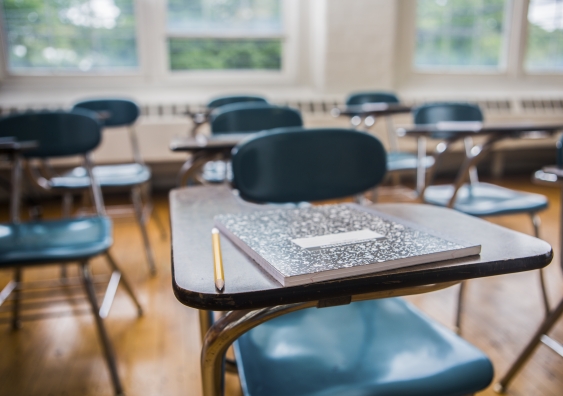 OPINION: Reports that Federal Treasurer Joe Hockey has refused to back down on plans to strip $A4 billion from school and hospital funding in the May budget will do little to repair relations between the States and the Commonwealth.

Still smarting from recent stoushes over the GST carve-up, the federal and state governments have more conflict ahead – despite stated commitments to the concept of federalism in Australia.

In May last year, the Abbott government took the States completely by surprise when it announced on Budget night that the Commonwealth would be withdrawing A$80 billion in federal funding of health and education that had been agreed to by the previous Labor government.

State premiers were stunned and outraged. They had met just days before with prime minister Tony Abbott at a Council of Australian Governments (COAG) meeting and not even an indication of this move was given there. Their shock has since subsided but the outrage certainly has not.

At last week’s COAG meeting, when the West Australian Premier Colin Barnett was not complaining bitterly about his State’s share of the Goods and Services Tax (GST) revenue distributed by the Commonwealth Grants Commission, the Premiers were otherwise as one in wanting to talk seriously with Abbott about the way forward on essential services in health and education

In the end, Abbott agreed to a special “COAG Retreat” in July – a new phenomenon in the 23-year history of the body – where these difficult issues might be discussed. The plan is to do so in conjunction with the Commonwealth’s forthcoming Tax and Federation White Papers “with a view to optimising outcomes for patients and students”, according to the COAG communique released at the end of the April 17 meeting. Crucially, the Communique also acknowledged the following:

Any federation reform will need the states, territories and Commonwealth to work together to meaningfully address these long-term funding pressures and also look at structural reforms to ensure services can be delivered in the most efficient way… COAG reiterated that governments need to be certain they would have appropriate revenue to meet their responsibilities.

Nice words, but little more than that, if yesterday’s remarks by Treasurer Joe Hockey are anything to go by. Unlike Abbott, Hockey likes to talk tough to state premiers – possibly because they are one of the few groups in the country he feels free to take a swing at in the run-up to this year’s budget.

Hockey has refused to reverse the cuts to Commonwealth funding in health and education to the States which were announced last year. This rejects calls from the premiers, particularly the recently re-elected Mike Baird in NSW, for the issue to be addressed urgently and not shelved for consideration later under the White Paper process.

Showing pretty scant regard for any awkwardness Abbott might have to endure around the barbeque at the COAG retreat in a few weeks, Hockey said:

The states need to accept responsibility for the things they run. If they do that and if we’re all accountable for the things we are actually responsible for, we’ll have a more efficient system.

It is hard to imagine language more likely to inflame the sense of frustration and anger amongst the nation’s Premiers. It doesn’t really smack of everyone coming to “work together” on the long terms structural problems facing the Australian federation, now does it?

Hockey’s intransigence over the funding cuts – not to mention his stylistic flourishes of ambush with a chaser of patronising cant – sits very oddly with any sincere attempt at meaningful reform of Australia’s federal system and the way in which the government sector gathers and distributes revenue.

As other policy “barnacles” have been discarded by the Abbott government, laying the ground for structural reform has assumed an even greater importance in its search for that elusive grail of contemporary politics – a coherent narrative. But this is not oppositional politics – if the States and Territories are alienated from the reform process then it simply stalls.

Additionally, Hockey’s stance is an absurdity, as well he knows. The Commonwealth collects over 80% of the revenue taken by government in this country, while the States take only around 16%. The Commonwealth raises more than it needs to meet its own responsibilities, squeezing the States out of raising enough to meet theirs – which just happen to include the increasingly costly areas of health and education.

For this reason, about a quarter of the money raised by the Commonwealth is transferred to the States, amounting to roughly 40% of their revenue. The undesirability of this – known as “vertical fiscal imbalance” – was highlighted by the National Commission of Audit report delivered to the Abbott government a year ago. It also lies at the heart of the Tax White Paper and explains why that is being coupled to its twin on reform of the Australian Federation.

In other words, at the same time Hockey is lecturing the States about the need to “accept responsibility for the things they run”, the government is engaging in policy processes that frankly acknowledge – indeed, are premised upon – the fact that the States are stymied from meeting their responsibilities without Commonwealth assistance. And this is because the latter simply takes too much of the nation’s tax revenue pie.

Sadly, it’s not just hypocrisy. The government’s attempt to engage the States on one hand while whipping them with the other does not augur well – both for the looming funding crisis in health and education and also the achievement of lasting federal reform.

Andrew Lynch is a Professor at the Gilbert+Tobin Centre of Public Law at UNSW.