The recent attempt by Woolworths and Coles to extend their supermarket duoploy into petrol retail is against the spirit of Australian competition law, but the ACCC has little recourse to challenge it, writes Michael Peters. 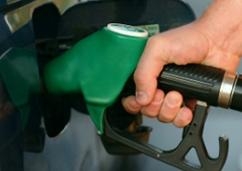 OPINION: The duopoly of the retail sector has been the elephant in the room for well over two decades. Between them, Coles and Woolworths control just over 80 per cent of the grocery market.

Their foray into the fuel retail sector is no accident. It’s part of a strategy to do to the petrol retail sector what they did to the grocery sector, reduce competition and set the price of fuel. The campaign, which gives grocery shoppers discounts on fuel at affiliated petrol stations, is designed to cement the dominance of the two retailers.

The sheer size of the two big supermarket chains means the cross-subsidised predatory nature of the campaign will be effective, as they can spread the cost over thousands of products and millions of sales.

The current legislation does not provide the ACCC with much firepower. It can’t ban shopper dockets or petrol discounting unless it’s an abuse of market power.

The limits of the current law provide a loophole for the adventurous. The supermarkets do not technically dominate the petrol sector.

They still need access to the petrol stations, petrol supplies, refineries, all of which are tied up with the large petrol companies and their respective subsidiaries.

The supermarkets have long argued they are simply rewarding their customers for their loyalty, and that this is not technically an abuse of market power – otherwise all reward schemes such as credit card loyalty schemes could be deemed abuses of market power.

Such well-crafted campaigns are rarely executed without thorough testing by lawyers. The supermarkets peg their reputation, prestige, strength and share price on such exercises. The ACCC will find it difficult to locate a smoking gun to satisfy existing statutory requirements. The supermarkets know this and the ACCC is left to name, shame and plead for political will – rather than rhetoric – to change the law.

When competition fails we all pay at the counter: lack of competition has an adverse impact on productivity, on our GDP, on the state of our economy.

The two retailers appear to be operating a duopoly straight out of the textbooks.

They tell their suppliers the price of the terms of credit and their respective control of the supply chain is legendary.

Despite many parliamentary enquiries and well-meaning banter from all sides of politics the duopoly continues. Why?

How can the two retailers afford to give customers up to 45¢ per litre discount on fuel purchases? Who is paying for the discount? Is it the suppliers, the farmers, the customers?

Shoppers will fill the fuel tank regardless of price. Sure, when it’s more expensive they may only fill half a tank but the reality is that petrol is relatively price inelastic; it’s increasingly a necessity of daily life. Like groceries.

So it’s no wonder shoppers love these discounts. There is no question the cross-subsidisation of fuel and grocery sales is clever marketing but it’s hardly in line with the objectives of Australian competition law and unlikely to work in the public benefit in the long term.

The few subsiding the many

The temporary savings offered to the few, subsidised by the many, are likely to lead to an absence of choice and opportunity for most.

The shopper dockets are designed to divert customers away from independent petrol suppliers and undermine their viability. We will be assured that it was simple market forces at work. Or was it?

Within the next five years petrol sites throughout Australia will go through a consolidation process, like they have in Darwin, and we will wake one day to the fact we have replicated a duopoly from the grocery to the fuel sector.

If these were real discounts then the two retailers could perhaps be more transparent as to the real cost of the campaign.

So this is an chance to send a signal that cross-subsidising to dominate new markets and adversely affect long-term competition won’t escape scrutiny.

Many have argued for years the ACCC needs power to do more than just monitor and report on the petrol price. Now the depth of the discounts on the pump price offered through these shopper dockets has begun to ring alarm bells at what is, at the very least, a questionable use of market power. Everyone who regularly purchases petrol has an interest in this area of public policy.