Opinion Getting around to it, and the occasional genius of procrastination

Managers are advised to be decisive. But sometimes the best thing to do is nothing, writes Jenny Stewart. 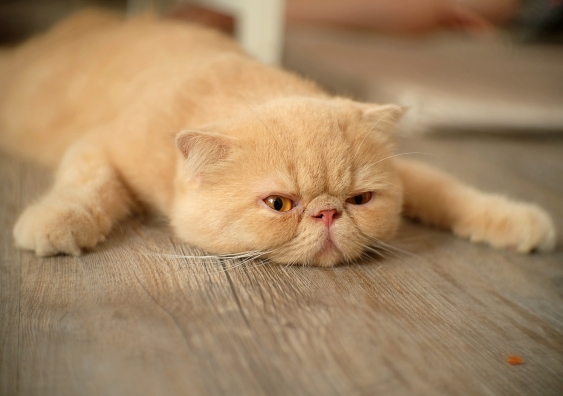 Quite often, the best thing to do is – precisely nothing. Photo: Shutterstock

OPINION: We learned at school that procrastination is the thief of time, and so it is. But as with all wise sayings, it is true only some of the time, or only up to a point.

Consider the situation where whatever it was we were meant to do subsequently turns out to be a very bad idea. In this case, we could say to ourselves, how clever we were, how prescient, not to have acted.

As with individuals, so with governments. Management books are full of advice about how and when to be decisive. But quite often, the best thing to do is – precisely nothing.

The public sector has many splendid examples of serendipitous non-activity. You just have to be on the lookout for them. Back in the 1960s, town councils that thought they were being very progressive got rid of the verandahs shading shopfronts in the main street, because motorists kept driving into the posts that held the verandahs up.

These days, of course, the councils that never got around to outlawing verandahs, or couldn't afford it, are having the last laugh, not only because the summers are hotter than ever before (and cantilevered shop awnings are not as effective as verandahs at keeping out the sun), but because verandahs are popular with tourists who are on the lookout for something picturesque. Despite the efforts of developers to make us think that change is both inevitable and desirable, the result is that whole swathes of towns and cities begin to look much like everywhere else. Who wants to visit a place that looks just like the one they came from?

Sometimes, it is the determined loner who makes a difference. I remember visiting, on a very dark day in November a few years ago, the French town of Albi, in southern France. The river Tarn flowed deep and fast below us, while over the town loomed the fortress-like Gothic cathedral, built in the 13th century to proclaim victory over the Cathars. The cathedral is notable because it is one of few in France that still has its rood screen, somewhat damaged in the French revolution, but still mostly intact. (Rood screens, many of them intricately carved, separated the area around the altar from the nave of the church, where the hoi polloi worshipped).

Revolutionaries considered that cathedrals were particularly redolent of the bad, corrupt and superstitious order of the ancien régime. In the case of Albi's cathedral, the plan of the revolutionary directorate was to sell both the building and its contents. A condition of the deal was that the buyer should eventually demolish the building.

At some risk to himself, a local citizen decided to ward off this intention. In some accounts, he is described as a savant, in others as an engineer. Perhaps, being French, he had worked out a way of being both. Anyway, this person wrote repeatedly and often to the directorate, pointing out the importance to the nation of the priceless heritage that was contained within the building. It is said that this correspondence so preoccupied the bureaucrats that they never went ahead with the plan.

Eventually, as political movements usually do, the revolution ran out of steam, and turned into something else. There was no longer any need to destroy the cathedral, and the beautiful rood screen survived. So not getting around to it (or, in this case, distracting others so they never got around to it) was a very good thing indeed.

I heard of another, somewhat similar, example just the other day. It concerned a beautiful property on the outskirts of Launceston, Georgian and exquisite in the way only Tasmania can do, that was just coming onto the market. It turned out the house had only narrowly survived being demolished. In the years after World War II, it had been incorporated into a soldier settler's block. The ex-soldier who obtained the property was supposed to demolish the house, which had become extremely dilapidated. But the demolition never happened, because the ex-soldier ignored the order and the authorities never got around to enforcing it. And so began the painstaking task of renovation. The soldier-settler went as far as he could. Much later, a wealthy businessman finished the job.

The old Hobart jail was less fortunate. The penitentiary chapel and courthouse complex survives, but the main wing of the jail was closed and demolished in the 1960s. It is said that the remaining buildings on the site survived only because the city council ran out of money to knock them all down. At that time, few people wanted to be reminded of Hobart's convict and criminal past. Now, of course, tourists can't get enough of it.

There is much to be said for tactical delay. One of the senior public servants I most admired was instructed to get rid of a branch of his department because, at that time, the branch's functions were considered to be no longer needed. The public servant knew that, at some time in the future, these functions would indeed be needed but, if he made all the people redundant, it would be impossible to get the branch up and running again in a reasonable amount of time. So he simply warehoused the people elsewhere, until the politicians decided the function was needed again.

It's important, though, not to confuse tactical delay with permanent inaction. Our own little territory has some of the most perfect examples of this latter kind of never getting around to it. There is no problem, no matter how small – or large – that a report, or a consultant's advice, cannot be commissioned for it. Hospital statistics out of date? No problem, get a consultant to look into them. Trouble at the jail? Go one better: get a consultant to recommend that an oversight bureaucracy be set up, and then get another consultant to advise on the recommendations of the first one.

As we know, Shakespeare made an entire play about a bloke who just could not get around to avenging the murder of his father. Anyone can write a play where lots of things happen. It takes a genius to make a drama out of procrastination.

Professor Jenny Stewart is a visiting fellow in the school of business at UNSW Canberra.

How should we evaluate the arguments, pro and con for Canberra's tram?