Robert Engle, professor at the Stern School of Business at New York University and research fellow at the Institute of Global Finance at UNSW Business School, sits down with BusinessThink to discuss predicting future financial crises. 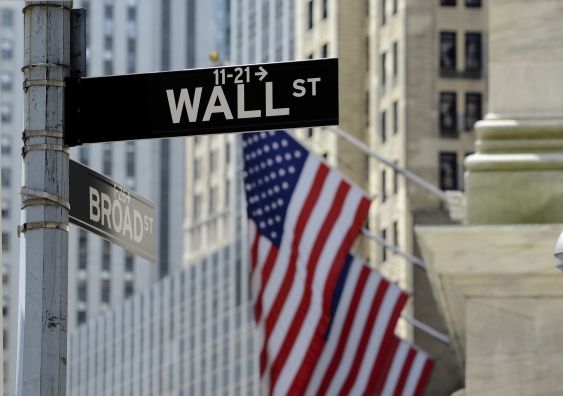 BusinessThink: Let's start with global systemic risk. Is there an easy way of quantifying it?

Robert Engle: Well, there's not an easy way to quantify it, and we're always worried that what we're looking at is the last one rather than the next one. But we have a way that we think is useful for quantifying global systemic risk, and it's to answer this question over and over again: How much capital would a bank need to raise in order to be able to continue to function when [or] if we have another financial crisis? So this is a number of dollars, and the reason we think this is a systemic risk measure is that in the middle of a financial crisis it's very hard to raise capital, and the main source is the government. And so if the government is going to have to pay all this money to the banks, they would like to know that it wasn't an enormous amount.

So we try to calculate whether the banks have a sufficient financial cushion so that they can weather a storm of another financial crisis like the last one. And we do this for more than 1000 financial institutions; we do it every week; we do it automatically; and we publish it on our V-Lab website, [where] you can look it up.

BusinessThink: Obviously you're looking at future financial crises, even if we don't know when or where they may occur, and presumably you're looking at calculations for just how bad they could be. I've seen one figure saying we need to look at, say, a 40% decline in global equities over six months. But is that really good enough? Could we imagine worse financial crises, and how could we get around them?

Engle: We could certainly imagine worse financial crises, and if the crisis is worse than that, the banks need a bigger cushion, and that's sort of exactly the question – how big a cushion do banks really need to hold in order to be prepared? Now, it turns out that if you look at a 50% decline or a 60% decline, the numbers are bigger but they're not that different; they sort of go up linearly with the size of this stress. So you get pretty much the same information about which banks are the strongest, which banks are the weakest, why, and how it's changing over time. And that's what I think is most interesting. We see in some countries that the banking system is becoming more stable – less systemic risk – [and] there wouldn't be as much capital needed to weather a storm. And for other places it's increasing, and it's increasing regularly, year after year after year. And that is what worries us the most.

BusinessThink: Looking at some recent figures, it seems that it's not only equity that we should be worrying about – it's mortgage-backed securities, and it's countries where house prices have risen dramatically, as has lending. So you only have to look at those countries which are most exposed, if you look at some countries such as China, for example, which seems to be very heavily exposed to systemic risk.

Engle: Well, it's interesting, I think mortgage-backed securities were really the key culprit in the 2007-08 financial crisis, those securities and their derivatives. And I think one of the explanations is that they were treated as riskless for regulatory purposes, they were treated as riskless from a risk management point of view, but [they] paid a higher return. Well, that's almost a non sequitur for finance – how can it pay a higher return if it's really riskless? And so banks, pension funds, individuals, loaded up on this stuff and then it collapsed.

But in 2011 we had a similar crisis that we call the European financial crisis. And that was not about mortgages; that was about sovereign debt. We think of it as Greek debt today, but it's also Italian and Portuguese and Spanish and Irish. The peripheral countries in Europe had sovereign debt which was treated as riskless for regulatory purposes, and by risk managers it was treated as riskless, but then all of a sudden, when these countries started to have trouble, the values fell dramatically and there was no market for them, and this precipitated the second financial crisis.

Today, what I think is going on in China is similar, but it's not sovereign debt and it's not mortgage debt – it's debt of state-owned enterprises and debt of municipal governments. These organisations are basically guaranteed by the government, and so they're considered to be perfectly safe. And yet they're not paying off their loans. So there is an enormous amount of debt in China from these institutions, and yet it would be non-performing except that the banks keep extending new loans so they can pay off the old ones.

BusinessThink: It sounds as if there's a lot of moral hazard there – in effect, you're not making people get the consequences of bad lending.

Engle: That's right. And this is actually a big story in China, because the government more or less guaranteed not only all the state-owned enterprise, they've also guaranteed the banks. They also have pretty much guaranteed a lot of the shadow banks. It just isn't clear that you can have any defaults anywhere in China. I mean, there are a few, but very few.

So I think China has a similar problem to what we saw in the mortgage-backed financial crisis and the sovereign debt financial crisis, but it's a different kind of debt. But it's the same sort of framework.

BusinessThink: You were saying that global systemic risk has been increasing, certainly while you've been monitoring it during the past few months. You've just highlighted China. If it's at the riskier end of the path, where are the countries that are the riskiest and where are safest?

Engle: Well, for quite a while the US was improving its systemic risk measures, but over the last year it's been getting worse. We don't know whether that's a new trend or whether that's just fluctuation. We're paying attention to that. In Europe, it turns out that as a result of Brexit, most of the large European banks have increased their risk so that that is not a place where the risks are low.

BusinessThink: Can I ask you about systemic risk in Asia? That seems to be on the rise as well.

Engle: That's what's worrying me the most, actually. Systemic risk in Asia is growing very rapidly. It's growing especially rapidly in China, but it's also grown rapidly in Japan, in Korea, and not so much in Australia, and it's pretty low in some of the other Asian countries such as Indonesia and Malaysia and so forth.

So, this increase in systemic risk in Asia – in China it's driven primarily by a growth in liabilities. The banks are borrowing a great deal from their counterparts and investing these in what we're worried are non-performing loans. In Japan, it's not so much the growth in liabilities that is driving this. It's actually falling equity prices and increasing risk that are the key drivers of the increase in the banks' systemic risk. And, you know, Japan, I think, has embarked on more or less the kind of policy that I'm recommending, and it's not working that well on the economics.

But I don't see exactly what the alternative is that would be more attractive, and I think the idea would be to hold the course and not raise taxes, which is one of the things that they did maybe two years ago. They've actually postponed the most recent tax increase, and that I think makes sense, because I think that Japan needs to stimulate its economy, and I think that's the way to do it.

This is an edited transcript of the interview. The original article was published on UNSW's BusinessThink.