Opinion The government should pick towns, not industries, to fund

How can Australia avoid a retreat to protectionism while also going some way to addressing rising inequality, ask Richard Holden and Rosalind Dixon. 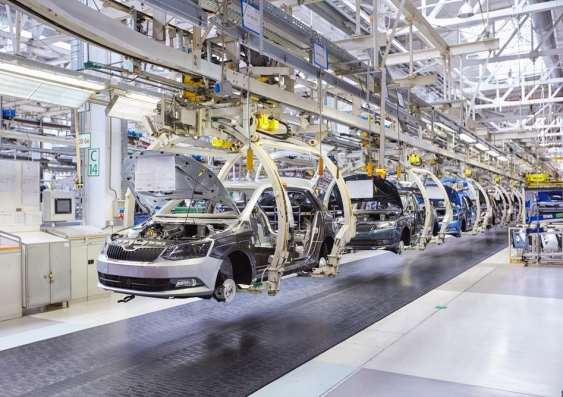 OPINION: Rather than propping up failing industries, what if government instead provided incentives like tax breaks for expanding firms to locate in regional centres? This would help policymakers avoid a retreat to protectionism while also going some of the way to addressing rising inequality in Australia.

So far in response to failing industries, policymakers have often tried to prop those industries up. They have also spent some money on retraining, provided some small subsidies for relocation, and tried to make education of young people a little more suited to the globalised economy. In short, that’s not enough.

It has led to a bigger economic pie — to be sure. But is has also led to rising inequality. Those with with in-demand skills have seen rising wages. Some of those without such skills have adapted or retrained. But many have never recovered from the advent of globalisation. And it has led to the political arrival of Brexit, Trump and Le Pen. So far.

A retreat to old-style protectionism and industry policy would be a disaster. It would be the economic equivalent of stopping a speeding freight train dead in its tracks. Yet the current approach is not working, and the anti-globalist forces it fuels might be just as bad.

Twelve years ago, Thomas Friedman’s worldwide best seller The World is Flat was published. Friedman emphasised the inevitability of globalisation, while acknowledging that there were winners and losers.

Yet he argued that the best way to combat the downsides of globalisation was to make the workforce more adaptable though reskilling, more mobile through portability of healthcare and retirement benefits, and more prepared though an emphasis on science, technology, engineering and math disciplines.

That same year Friedman’s book came out, he co-taught a freshman class at Harvard College with economist and university President Larry Summers, and philosopher Michael Sandel. We were PhD students then and the other day we dug out the final exam. The first question on was:

Twelve years, it turns out, is a long time in globalisation.

Today, in the age of Trump, we live in a world of walls, rising inequality, and protectionism. Forget open immigration, free trade is very much up for grabs.

Last month, President Trump issued an executive order titled Buy American and Hire American, Bill Shorten has been quoted saying “We will buy Australian, build Australian, make in Australia and employ Australians”. The Coalition government — when not closing our borders to foreign talent — is busy impersonating Willie Sutton and taxing banks “because that’s where the money is”.

To be fair, economists shoulder some of the blame for this anti-globalisation turn. The mantra has always been that free trade maximises the size of the economic pie, allowing society to slice it up in a way that makes everyone better off.

If only it were that easy. In practice, jobs disappear. Sometimes whole industries, and towns.

Re-slicing the pie through cash handouts are problematic. It requires vast amounts of money, doesn’t solve the geographic problems of dying towns, and most importantly it doesn’t provide people with the dignity and sense of purpose that a job does.

Similarly, retraining and reskilling a 55 year-old steel worker to prepare for the gig economy is, well, really hard. But there is an alternative.

A focus on towns not industries

Rather than prop-up failing industries, we should provide incentives, like tax breaks, for expanding firms to locate in regional centres. These could involve lower corporate tax rates, abolishing payroll tax, and immediate deductibility of capital investment. Sometimes it might involve loan guarantees.

The money should go to towns instead because they are a point of coordination in a way that industries are not. If a good size business locates in a town then people locate there.

Those paychecks drive other local jobs, which drive more people. This, in turn drives more local businesses, local vibrancy, and so on. Towns can be the centrepiece of a virtuous circle of coordination. Industries are important but they are, well, just industries.

At one level, policymakers can’t get away from the “towns problem”. The workers in rural and regional areas who are affected by globalisation aren’t easily moved for numerous reasons, yet not every town can be saved. Figuring out which ones can, through the infusion of new commercial activity, is the key to providing hope for the victims of globalisation.

This approach is not entirely without precedent. China, has made development of new cities a centrepiece of its economic development planning, with numerous very large cities built and infrastructure fully established before residents ever arrive. For instance, the Chinese government recently announced the Xiongan New Area, a city three times the city of New York, to be built near Beijing.

Now, China does this because of population growth, urbanisation pressures, and environmental concerns. Yet it demonstrates the merits, and feasibility, of making the town the centre of policy. Government should be focusing on what it takes to make a town succeed, rather than what it takes to make an industry survive a little longer.

Adding to these imperatives, Australia is beset by a housing affordability crisis driven by absurd tax breaks like negative gearing that artificially fuel demand, but also by serious supply constraints. Barnaby Joyce’s admonition to move out of capital cities would be made much more compelling by the influx of new businesses and new capital to regional towns. A “picking towns” policy could make housing more affordable across the board.

A solution for inequality lies in making business play nice