Opinion The growing assault on our democratic rights 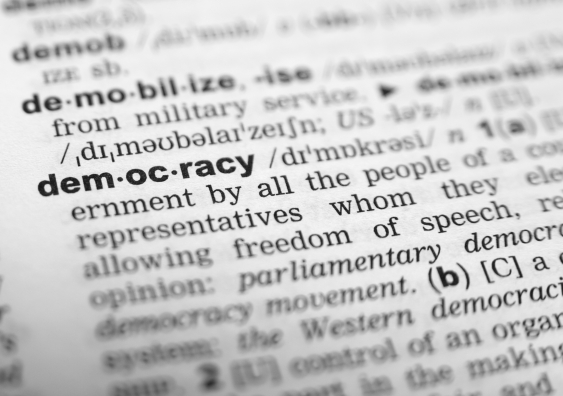 This year has borne out former prime minister Tony Abbott's prediction that "for some time to come, the delicate balance between freedom and security may have to shift". Government agencies can now access the metadata of every person, journalists can be jailed for reporting on matters of public interest and Australians can be banished after having their citizenship revoked. This has led one Liberal MP, Andrew Nikolic​, to suggest that the idea of protecting civil liberties in the context of national security has become "redundant".

Comments such as this reveal how far the Coalition has travelled since it took office in 2013. As a new government, it cast itself as the champion of basic freedoms, and lambasted restrictions on speech such as section 18C of the racial discrimination act. Any such pretensions have since been demolished by the government's own rhetoric and actions. It has moved on from section 18C to introducing laws that jail people for up to decade for disclosing information about intelligence operations that show a misuse of power.

Something needs to change if the slide towards ever greater government power, and fewer rights for the people, is to be stopped.

This shift by the Coalition is more than just an example of changing political priorities. Indeed, the same change has been evident in Labor, which has voted for every one of the government's national security measures. Something deeper and more troubling is at work.

This year I conducted a survey of the statute book to find out how often our politicians have passed laws that infringe upon democratic rights. The results were surprising and disturbing.

First, an extraordinary number of Australian laws now infringe basic democratic standards. All up, I found 350 such laws in areas as diverse as crime, discrimination, anti-terrorism, consumer law, defence, migration, industrial relations, intellectual property, evidence, shipping, environment, education and health. The scale of the problem is much larger than might be thought, and extends well beyond a few well-known examples.

Second, what is striking is not only the number of laws raising a problem, but that so many have been enacted over recent years. Of the 350, around 60 per cent have been made since the September 11, 2001, terrorist attacks, with a high number also enacted since 2013. That event marked an important turning point. It and subsequent acts of terrorism have given ever greater licence to politicians to depart from long-accepted understandings about democratic rights. As a result, measures that were unthinkable have become commonplace.

Third, since September 2001, enacting laws that infringe democratic freedoms has become routine. Rights are not only being removed in the name of national security or counter-terrorism, but for a range of mundane purposes. Speech offences now apply to many public places and occupations, and parliaments have greatly expanded the capacity of state agencies to detain people without charge or arrest. Laws such as these have become so normal and accepted that they tend to be enacted without eliciting a community or media response.

As a result, our elected representatives can abridge democratic rights without paying a political price. Indeed, in many cases, such laws pass with the support of the opposition, and after only cursory debate in parliament.

Fourth, not only has the number of laws infringing democratic freedoms increased, but so has their severity. The survey reveals many laws enacted prior to September 2001 that run counter to democratic rights and freedoms. However, for the most part, these laws have a significantly lower impact upon those freedoms than the laws enacted after then.

For example, laws such as section 18C enacted prior to 2001 target freedom of speech, but impose relatively minor penalties, such as the possibility of having to pay compensation. The contrast with more recent laws is stark. A number carry the possibility of a lengthy term of imprisonment merely on the basis of a person's speech.

These observations reveal that Australia has entered an era in which politicians cannot be counted upon to uphold our most important rights. Rather than acting as a check upon laws that infringe democratic values, politicians are now campaigning for such infringements. Often, they are doing so with impunity.

This is especially a problem in Australia. We are unique among Western nations in lacking a national bill of rights or human rights act. In our system, rights usually exist only as long as they have not been taken away. This is not an issue if politicians exercise self-restraint, but if that disappears even the most important rights become vulnerable.

Something needs to change if the slide towards ever greater government power, and fewer rights for the people, is to be stopped. The long-term health of our democracy depends on it. The most obvious answer would be to follow the path of other nations, and to introduce a national bill of rights.