It seems ASIC and the Director of Public Prosecutions will have no lack of evidence to pursue civil penalties and criminal cases. The bigger issue is what charges to go with. 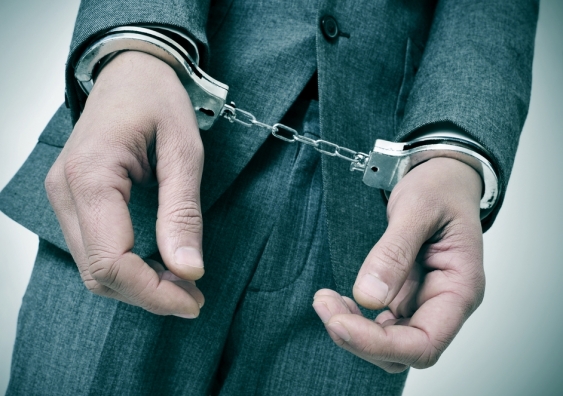 OPINION: Another week of hearings of the Financial Services Royal Commission has seen financial services company AMP admitting it mislead the Australian Securities and Investment Commission (ASIC) on 20 occasions. The commission also saw evidence of both AMP and the Commonwealth Bank of Australia paying themselves client money when there was no adviser allocated to provide services, or the client had passed away.

It seems ASIC and the Director of Public Prosecutions will have no lack of evidence to pursue civil penalties and criminal cases. The bigger issue is what charges to go with.

In deciding what to pursue, ASIC and the DPP will need to weigh up the costs, the charges individuals are willing to plead guilty to, and the outcomes that will best serve the public interest.

Convicting individuals clearly “sends a message”, but these employees are easily replaced with others just as willing to commit the offences, unless the organisation’s culture is changed.

ASIC has confirmed it has a broad-ranging investigation into AMP already underway, and the Treasurer has suggested the behaviour might attract jail time.

Whether or not bankers get jail time will depend on the actual offences charged and a range of sentencing factors. However, the courts are increasingly emphasising the importance of substantial sentences for white collar crime.

Offences with similar maximum penalties in the UK led to a UBS banker who manipulated the London Interbank Offered Rate being sentenced to 14 years jail in 2015. Another joined him in 2016 for two years and nine months and three others were also convicted.

What AMP and CBA did

AMP and CBA have admitted they failed to provide information and report breaches to ASIC as required by the Corporations Act. Misleading Australian government agencies is also a criminal offence under the Act and the Commonwealth Criminal Code.

As well as dealing truthfully with ASIC, all entities licensed to offer financial services must act “efficiently, honestly and fairly” and take reasonable steps to ensure their employees do likewise.

It is not hard to see how taking clients’ money without providing a service is not efficient, honest or fair.

Any bank employee who was involved in the creation of misleading documentation might well be exposed to fraud charges.

Civil sanctions could apply to conduct at AMP and CBA which could ultimately involve disqualification for up to 20 years from working as a corporate officer and/or a fine of up to A$200,000.

Officers of a corporation are very senior employees and usually immediately below board level. They have a duty to be careful and diligent and act in the best interests of the company under the Corporations Act. There is a range of lesser charges from general dishonesty to false documentation offences.

Officers of a corporation have duties which require them to be careful and diligent. This is because the officers may have failed to follow up or failed to prevent conduct) after finding out about what was going on.

Turning to more general offences, here criminal penalties range from 12 months in jail for misleading ASIC, to significant penalties for conspiracy to defraud.

Any bank employee who was involved in the creation of misleading documentation might well be exposed to fraud charges. Under Commonwealth and state law, fraud can involve reckless deception of another (either ASIC or the clients) with an intention to gain a financial advantage for another (AMP or CBA). Those offences have maximum penalties of 10 years jail. There is a range of lesser charges from general dishonesty to false documentation offences.
Those who assisted might well also be liable through accessorial liability.

Prosecutors could also turn to the conspiracy to defraud offence. The Commonwealth version of the offence involves an agreement to dishonestly influence a public official’s decisions. An agreement to provide false documents to ASIC would seem easily to fit this offence. Again, this has a maximum penalty of 10 years.

Similarly, common law conspiracy to defraud charges could be available for dishonestly misleading customers in a way that caused them financial loss. There are no prescribed maximum penalties for this version of the offence.

Although the wrongdoing may seem clear to the public, it is likely that complex matters of proof will emerge and ASIC will need to make a range of decisions about the best approach to ensuring cultural change occurs. While convictions might be deserved, the public interest is best served by ensuring that prosecutions are part of wider regulatory action leading to better banking practices.