Opinion It's been 10 years, how do we still have children in detention?

When it comes to the treatment of children fleeing persecution and torture, we are stuck in time, writes Madeline Gleeson. 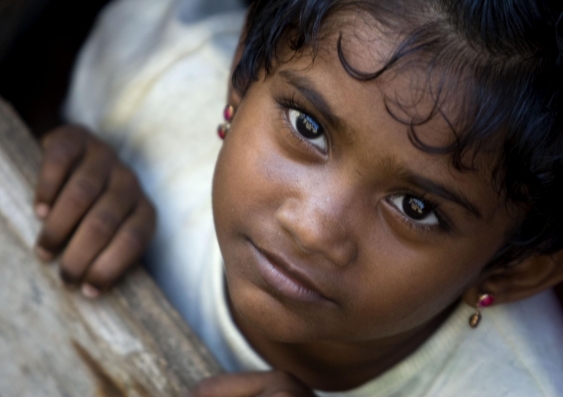 OPINION: "Australians don't need a team of experts or dramatic media stories to convince them that detention centres are no place for children to grow up." These words are from the introduction to the Australian Human Rights Commission's report into children in immigration detention – 10 years ago.

When it comes to the treatment of children fleeing persecution and torture, we are stuck in time. On Wednesday the commission's new report, aptly titled The Forgotten Children, was made public. It provides a sobering account of how little the protection of asylum-seeker children has improved in the past decade, and the impacts of prolonged detention on their mental and physical health.

[The report] cannot explain why Australia deteriorated from the position of 2005 to today.

Australia is still the only country in the world to impose mandatory and possibly indefinite detention as the first resort for asylum seekers, including children.

Adults and children are forcibly removed to small Pacific islands and detained in inhumane conditions, just as they were at the time of the last report.

Children continue to suffer a catalogue of abuses – physical, psychological, and sexual – while in the care of Australian authorities. Detained children are 17 times more likely to require hospital-based outpatient psychiatric treatment than children in the Australian community.

These findings beg the question, how did we end up back here again?

The year after the commission's first report into children in detention was released in 2004, the Howard government amended Australia's immigration laws to provide that children would be detained only as a matter of last resort.

Liberal backbencher Bruce Baird stood up in Parliament and said: "Let us never again see children in detention in this country. They should not be behind barbed wire or razor wire. It is an indictment that we have let it happen. Both sides of the House have been involved in that but we are changing this process."

Children and families were immediately released into the community to await a decision on their asylum claims, and the detention of children as a first resort appeared to have been relegated to the past.

This result was short-lived. By July 2013, the number of children in immigration detention hit a new peak of 1638, and by 2014 the average length of detention was reaching unprecedented levels.

By comparison, asylum seekers in most other countries are usually detained for a matter of only hours or days upon arrival, if at all.

During the latest inquiry, former immigration ministers Scott Morrison and Chris Bowen admitted publicly, for the first time, that the prolonged detention of children serves no deterrent purpose, either to asylum seekers or people smugglers.

In light of this testimony, the commission observed that "it has become increasingly difficult to understand the policy of both Labor and Coalition governments".

The report concludes that there is no rational explanation for the prolonged detention of children. It cannot explain why Australia deteriorated from the position of 2005 to today.

Meanwhile, the voices of the children themselves have remained conspicuously absent from the debate. Australia's forgotten children – locked behind high fences or in the community trying to recover – have been invisible and silent.

"I'm just a kid, I haven't done anything wrong."

"I have never seen happiness in my life."

"I lost the feeling of being a human being."

"Better I kill myself."

The commission interviewed 1129 children and parents in detention, a further 104 who had previously been detained, and received written submissions from dozens more.

The meticulously researched and substantiated result of these investigations provides ordinary Australians with a rare opportunity to hear directly from the children in our care.

Immigration is a notoriously controversial issue. But surely as a society, regardless of the different opinions on refugee policy, we can reach agreement on at least one point: a better balance could be struck between the strategic objectives of immigration control and the protection of vulnerable children.

"Let no child who arrives in Australia ever suffer under this system again," said the commission in 2004.

"It is imperative that Australian governments never again use the lives of children to achieve political or strategic advantage," it says again now.

Will we finally listen? Or will we be right back here again in 2024.

Madeline Gleeson is a research associate at the  Andrew and Renata Kaldor Centre for International Refugee Law at UNSW.