At one time, law and order was seen by some as a sure-fire voter winner in elections - but that's changing after a concerted effort by Victoria's opposition appeared to backfire badly. 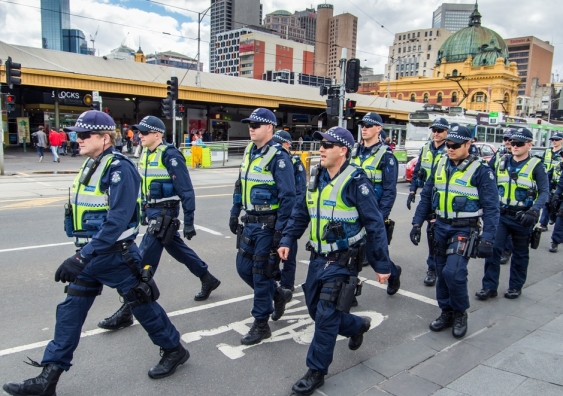 With confidence in politicians at an all-time low, it would be easy to assume criminal law-making is only ever about “law and order” bidding and winning elections.

For example, when it emerged that Hassan Khalif Shire Ali was on bail when he killed one man and injured two others in Bourke Street, Melbourne, on November 9, the Victorian opposition reiterated its plan for a “one strike and you’re out” bail system.

This was classic law and order politics – though it didn’t produce the result Victorian Liberal leader Matthew Guy had hoped.

All instances of criminal law-making (or promising) deserve scrutiny – especially if they raise concerns that politicians might be politicising the law for electoral advantage. However, it would be a mistake to assume this is the only way criminal laws are made.

We are part of a team of Australian researchers examining how, when and why criminal laws are made. What drivers and processes sit behind the moment when an attorney-general stands up in parliament and introduces a new bill? And how do we assess what makes a good process?

So far, we’ve found there is a stark difference between the careful evidence-based, deliberative and consultative processes associated with the criminal law’s use against some harms – like domestic violence – and the “urgent” non-consultative law-making with others – like terrorists and outlaw motorcycle gangs.

Recently in NSW, we saw an interesting variation on the familiar law and order auction. In the second last parliamentary sitting week for 2018, the Berejiklian government launched something of a pre-emptive strike ahead of the state election in March 2019. In the space of three days, the NSW parliament enacted seven major criminal law statutes. Here we highlight some examples illustrating the diversity of ways criminal laws get made.

introduces a number of reforms aimed at keeping the community safe, including from the risk of terrorism and other high-risk offenders, bushfires, child abuse and the supply of drugs causing death.

Here, a diverse range of harms are “knitted” together through a narrative of community fear, anxiety and need for protection. Despite these common themes, the changes to the criminal law made by this bill have different origins.

For example, the introduction of higher penalties for lighting bushfires was influenced by what’s been happening in other states, and a determination to “keep up”. As the attorney-general put it: this will “ensure that the New South Wales penalty is now the equal toughest in the country”.

The controversial new homicide offence of drug supply causing death has a different back-story. After two drug-related deaths at the Defqon musical festival in September this year, NSW Premier Gladys Berejiklian appointed an expert panel to advise the government on what law reform and other strategies could prevent further tragedies. A new offence was one of the panel’s recommendations.

The same bill also increased penalties for the crime of concealing a child abuse offence – a crime introduced in June this year following recommendations of the Royal Commission into Institutional Responses to Child Sexual Abuse. Attorney-General Mark Speakman explained that this amendment, just six months later, was because the government had:

listened to the voices of the more than 13,000 people who signed a petition calling for tougher maximum penalties for the concealment of child abuse offences.

The Crimes (Domestic and Personal) Violence Amendment Bill 2018 expanded the definition of the existing stalking or intimidation offence in NSW to cover “cyberbullying”. The attorney-general told parliament the “bill will be known colloquially as "Dolly’s Law”, in tribute to 14-year-old Amy “Dolly” Everett, who tragically took her own life in January this year following persistent bullying and abuse, including cyberbullying.

He thanked Dolly’s parents who had “worked tirelessly, campaigning and raising awareness about the potentially devastating effects of bullying and cyberbullying”.

The Crimes Legislation Amendment Bill 2018 created a new offence of strangulation. A 2017, NSW Domestic Violence Death Review Team report found the offence of choking did not cover all the ways in which domestic violence strangulation can occur. This new offence is an example of change underpinned by careful consideration of the available evidence by an expert body and that can rightly be said to fill a gap in the criminal law.

When many countries are grappling with political populism, it is timely to reflect on how the community figures in these examples: victims whose loss is the catalyst for change; a collective of persons in need of protection; and law-makers. The NSW attorney-general described some recent criminal law changes as “citizen law that if individual citizens lobby hard enough and speak to politicians they can effect change”. He hoped that “in some small way this will restore some people’s confidence in our democracy and the ability of citizens to effect change”.

The idea of “citizen law” is interesting. Is it the process that most inspires confidence and democratic legitimacy? What is gained (and lost) if a government is more attuned to the voices of regular people, including victims and their families, than to experts, like lawyers and academics?

The answers are not straightforward. Our research suggests it is important to avoid simplistic accounts of what drives criminal law-making. And, as the Victorian election result shows, politicians should be wary of putting all their eggs in the law and order basket.