Opinion A law degree? Only if you're committed

If you don't want to be a lawyer, choosing to study law as a 'generalist' degree could be a terrible waste of time, writes Cathy Sherry. 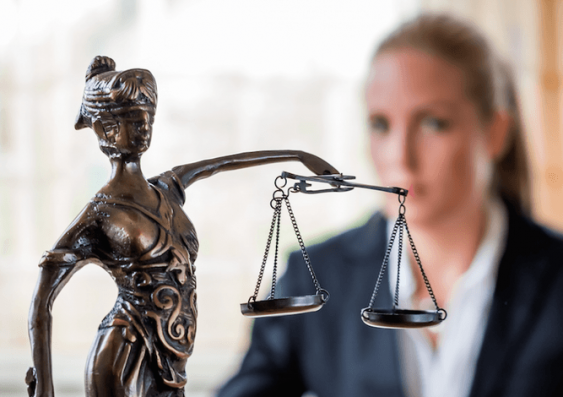 OPINION: This month, year 12 students will be making their choice about university courses. Many academically able students will be encouraged to 'put down law' according to the accepted mantra that law is a good 'general degree'.

In my opinion, it is not. Law is a great degree if you think you might want to be a lawyer. If you are pretty sure you never want to work in law, spending hundreds of hours learning property, contracts, torts, criminal law and evidence is arguably a terrible waste of time.

At this point I imagine many lawyers are choking on their morning lattes. Lawyers have a tendency to assume that without a law degree, students will struggle to be employed. There are 65,000 practising solicitors in Australia and even if there were equal numbers of law graduates not practising, that would make us 1% of the Australian workforce. With unemployment running at 6%, it seems that 93% of Australians manage to be employed without a law degree. Many at better pay and in better conditions than law.

Australia has an unfortunate tradition of treating combined law degrees as a default marker of academic achievement. That is not the case in most countries. In Britain, high academic achievement is associated with entry into Oxford, Cambridge or the LSE, for any degree of the student's choosing, spreading bright students across multiple disciplines. Similarly, in the United States, high achievement is associated with particular universities, where students enrol in liberal arts degrees. Of course there is prestige associated with particular law schools, but no student will take on a $150,000 graduate debt because they think law is a good 'general' degree.

Australian students committed to a high-flying career in business, banking or management, thinking law will help them get there, would do well to explore the educational background of senior staff in international firms. Outside Australia, few have law degrees. Most have general undergraduate degrees, ranging from history and sociology to mathematics, although a substantial number have qualifications in engineering.

A good general degree is a fantastic foundation for all careers and can be found in arts and science faculties. A well-structured arts degree (in which a student actually does their reading!) is a once-in-a-lifetime opportunity to attain a broad understanding of world history, politics, government, philosophy, economics, psychology, religion, sociology – the list is endless. Students enter the global job market, or choose a graduate course, knowing how the big jigsaw pieces of history, politics and society fit together. While all law subjects have a sociological, political, historic and economic context, students are not going to get a broad or deep understanding of any those areas from a law degree because the bulk of time is necessarily spent learning law.

A science degree is a foundation for any career that requires more than a childlike understanding of science or technology. Having jettisoned science at 16, I am prepared to admit that I am scientifically illiterate. It goes without saying that my law degree, including my 'Law and Technology' subject, did not provide me with any general education in this regard, ensuring that I continued to be unemployable in any scientific or technological capacity. By way of contrast, a combined arts/science degree might have opened a wide range of graduate doors.

Of course most undergraduate law students in Australia will do simultaneous arts, science or commerce degrees and so attain the benefits of a general education. However, the 'general' part it is not coming from their law degree. It is a specific, professional qualification. Sure, law teaches students to think critically and write, but to do so 'like a lawyer', which may or may not amount to transferable skills.

Lest I sound like I am arguing for the abolition of law faculties, let me say that I love law. I love its logic, as well as its social, political and historic significance. I would encourage any student who has an interest in law to pursue it. However, if a student is no real interest in law, they would be well advised to enrol in an arts and/or science degree to obtain that all important general education. Armed with a deeper knowledge of the world and their own interests, they can then choose the right second degree – which might be law – instead of potentially wasting years becoming qualified to do a job they had no interest in doing in the first place.

Cathy Sherry is a senior lecturer in law at UNSW.