The public has a right to see the Commonwealth Soliticor-General's legal advice about Barnaby Joyce's elegibility to remain in the parliament, writes Gabrielle Appleby. 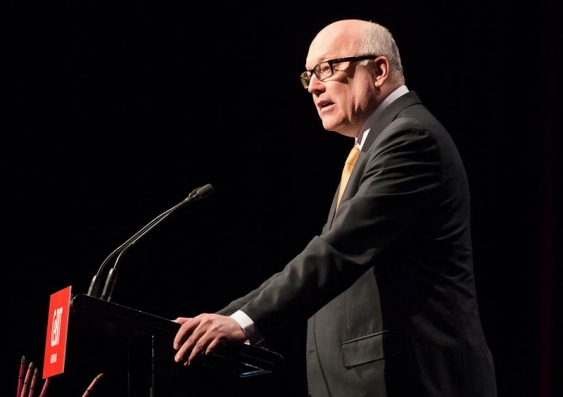 OPINION: The Prime Minister and the Attorney-General are confident Barnaby Joyce will be found safe from the scalping blades of section 44 of the Constitution; so confident, he will continue to hold office as Deputy Prime Minister and retain his seat in Cabinet.

The basis of this confidence is, we are told, an opinion from the Solicitor-General, Stephen Donoghue, QC. This is despite other leading constitutional lawyers expressing a different view.

Attorney-General George Brandis, QC, told the media that governments never release their legal advice for good reason. Senator Brandis is referring to the idea that protecting the confidentiality of government legal advice encourages and facilitates government access to lawyers. Certainly this is something we should all be encouraging.

But here we have a number of reasons to question the normal position. First, the government is now asking the Parliament and the public to trust it on the basis of legal advice they have not seen. This means we are not privy to the subtle assumptions, nuances and caveats that the full advice is likely to contain.

Further, the advice relates to a legal question that is going before the High Court in the coming weeks in unusual circumstances. We are told the Solicitor-General will appear for Mr Joyce, but it is not yet clear whether there will be a contradicting party who will challenge the government's arguments and put forward alternative views.

There are simply no compelling reasons in the current circumstances for the government to continue to refuse to release the Solicitor-General's advice. Failure to do so shows a lack of respect for the upcoming High Court hearing, for the right of the Parliament and public to know the full detail of advice that we are being assured we can rely upon, and risks undermining the reputation of the office of the Solicitor-General.

This article was originally published by the Australian Financial Review.