Opinion In the Libor scandal, where were the regulators?

Reform of our global financial systems must aim for a culture of restraint, with integrity and accountability at its heart, argues Justin O'Brien. 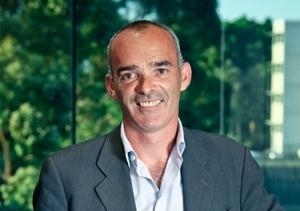 OPINION: We are living at a moment of potentially huge change. The dominant conception of corporate governance and financial regulation — based on rational actors operating within efficient markets — is losing coherence, legitimacy and authority.

Effective government control through dominant shareholdings in major banks has forced unresolved reflection on what should constitute optimal corporate governance and regulatory oversight. The global financial crisis has unleashed an avalanche of reform initiatives. But more often than not, these same initiatives tend to privilege the politics of symbolism.

Two accounts from notable insiders highlight the extent of the groupthink. The first comes from Claudio Borio, the chief economist at the Bank for International Settlements. He used a G20 forum in Mumbai to explain why policymakers were incapable of exercising ex-ante restraint.

To varying degrees, policymakers, just like everyone else, underestimated the threat. They were caught up in what, in retrospect, has partly turned out to be a Great Illusion. And even had the threat been fully recognized — and some no doubt did — the political economy pressures not to change policies would have been enormous.

On the face of it, the regimes in place had proved to be extremely successful… And not even the often more critical academic community provided any support for change. Indeed, as regards macroeconomic policy, that community turned out to be part of the problem, not of the solution.

The second comes from Raghuram Rajan. Professor Rajan gave a paper at the influential Jackson Hole retreat organised by the Federal Reserve Bank of Kansas in August 2005 at which he warned of the inevitability of collapse. He later recounted the audience reaction:

I exaggerate only a bit when I say I felt like an early Christian who had wandered into a convention of half-starved lions. As I walked away from the podium after being roundly criticized by a number of luminaries (with a few notable exceptions), I felt some unease. It was not caused by the criticism itself, for one develops a thick skin after years of lively debate in faculty seminars: if you took everything the audience said to heart, you would never publish anything. Rather it was because the critics seemed to be ignoring what was going on before their eyes.

But the testimony provided by Alan Greenspan in 2008 of a flaw in his “ideological reasoning” punctured the self-referential belief in the power of free-markets to self-correct – as did the following bail outs to large swathes of the financial sector.

Following the implosion of the securitisation market, the individual corporate and societal consequences of this myopia became clear.

Investment losses triggered an enormous erosion of private wealth. Housing and capital markets went into a downward spiral and credit stopped flowing. Emergency funding to the banking and financial services sector solved neither the underlying liquidity nor solvency problems. It merely transferred the risk. Sloganeering about the inherent unfairness of “privatized profits and socialized losses” became more than a worn-out cliché.

Throughout the crisis and beyond, senior bankers expressed carefully couched regret. At no stage did they accept responsibility. Instead a narrow technical defence was proffered.

As the immediate crisis facing the banks receded, the strategies were framed even more aggressively. To preserve the sanctity of contract, there was a stated need to uphold terms entered into freely (if misguidedly). Moreover, a similar rationale justified the payments of market-determined bonuses to executives then working in de facto nationalized institutions. Second, the privileging of caveat emptor facilitated the transference of responsibility. Equally understandably, both sets of strategies fuelled public resentment. This prompted, in turn, political recognition of the need for substantive reform to safeguard legitimacy.

Into this toxic environment has emerged the Libor scandal. The $US450 million regulatory fine is just the beginning for Barclays, which is a defendant in some of the 24 interrelated Libor lawsuits that have been aggregated before a Manhattan federal court. US liabilities may be higher because US plaintiffs are permitted to request punitive damages, while UK plaintiffs are limited to compensatory awards.

Criminal liabilitycould be added to those regulatory fines and civil lawsuits. Further, the Barclays settlement is just the first in the joint trans-Atlantic investigation. On August 3, 2012, the Royal Bank of Scotland confirmed that it had retrenched staff in relation to the Libor scandal, with chief executive Stephen Hester stating that “it is a stark reminder of the damage that individual wrongdoing and inadequate systems and controls can have in terms of financial and reputational impact”.

On August 16, 2012, Bloomberg reported that subpoenas have now been sent to JPMorgan, Deutsche Bank, Royal Bank of Scotland Group, HSBC (which has been hit with a record-breaking US$1.9 billion fine for money laundering by US regulators), Citigroup and UBS, all of which are being investigated with respect to Libor manipulation. Media outlets are reporting the first arrests from the Libor scandal.

While the method by which Libor is set largely contributed to such widespread collusion, it could not have persisted without negligent oversight and the failure to enforce by regulators.

In the aftermath of the scandal, the New York Federal Reserve has played defence, stating that it although in 2008 it was aware of the structural flaws in setting Libor, it lacked the jurisdictional power to effect any meaningful change other than provide written recommendations to the Bank of England.

For its part, the Bank of England claimed that the recommendations lacked the substance to either start an investigation or even set off alarm bells. The tortured justifications, while self-serving and deeply problematic, could also equally apply to US regulators who are faced with equally serious questions of competence.

In the United Kingdom itself, the Libor scandal has had a deep impact on regulatory authority. The Treasury Select Committee provides a devastating critique of past, current and future trajectories, accusing the FSA of being blinded to the initial and ongoing systemic failure of compliance at Barclays.

“The FSA has concentrated too much on ensuring narrow rule-based compliance, often leading to the collection of data of little value and to box ticking, and too little on making judgments about what will cause serious problems for consumers and the financial system”.

The Committee found that “naivety” and inaction underscored the “the dysfunctional relationship between the Bank of England and the FSA which existed at that time to the detriment of the public interest.”

The erroneous calculation by the bank and the FSA as well as the Bank of England was that early cooperation would pay dividends. The settlement did not place the blame on any individual executive; nor was there initially any expectation from UK or US regulators that resignations were required or appropriate.

Each was taken aback by the ferocity of political criticism of the deal and the perceived lack of accountability for infractions that point to widespread collusion. FSA chairman Lord Adair Turner belatedly acknowledged this, saying the activities of Barclays revealed “a degree of cynicism and greed which is really quite shocking… and that does suggest that there are some very wide cultural issues that need to be strongly addressed”.

The disjuncture between stated and lived values, linked to the failure of internal compliance or disclosure to counteract it, underpins political demands for an oversight design that better institutionalises restraint.

The crisis and its aftermath demonstrate much more holistic approaches to risk management are required that link private rights to public duties. If defective disclosure was not the cause of the myopia, a better articulation of risk is unlikely, in itself, to be effective.

Satisfactory answers require an evaluation of how a reform agenda addresses not just objective efficiency (i.e. lower transaction costs). Three additional distinct but overlapping criteria must be applied. First, permissibility (i.e. whether a particular product can be sold and if so to whom and on what basis); second, responsibility (i.e. who carries the risk if the investment sours and on what terms); and third, legitimacy (i.e. does the product serve a legitimate purpose and who should determine it).

The danger is that an ill-thought-out structure will exacerbate rather than resolve conflicts within the industry. It risks creating another layer of formal restraint that does little to change either corporate practice or facilitate voluntary progression towards higher ethical standards. It is also clear, however, that the construction of accountability mechanisms cannot rely on self-certification alone. It demands external validation.

The framework to measure and evaluate culture was outlined by the then chief executive of the FSA, Hector Sants.

Starting from the premise that society has the right to expect ethical behaviour and warranted commitment to stated values, he maintained that regulators cannot avoid judging culture, a term he judged less problematic and more amenable to measurement than ethics.

Accountability and integrity, as Sants pointed out are, in essence, design issues. It is time to get to work. A necessary starting point would be virtual attendance at the imaginary inaugural lecture James M. Landis offered in 1930. It is time to go back to the seminar room.

As I write this conclusion the news emanating out of both London and New York is unremittingly bleak. Attempts by business today to limit the remit of the Securities and Exchange Commission mirror the charged atmosphere facing Landis as he drew up the legislation that established the agency.

Writing in 1934 just before the bill was debated in Congress, Landis complained: “The Stock Exchange Bill is receiving a terrific beating. All the corporate wealth of this country has gone into the attack and carried it all the way to the White House.”

Although the bill was passed and the SEC established, its remit and authority waned incrementally at first and then dramatically in the 1990s. The reduction in power has consistently failed to ignite public controversy.

Paradoxically, periodic successes, such as the insider trading investigations and high-profile individual prosecutions, enhanced the visibility of the SEC but not necessarily its authority. In the absence of the kind of catastrophic crisis witnessed in the Great Crash of 1929 or the extent of corporate scandal revisited at the cusp of the millennium or again in 2008, battles over financial regulation take piecemeal form through refinements to individual legislative clauses.

Landis told the New York Times in 1937, somewhat optimistically, that brokers “are beginning to realize more clearly that their interest is tied up with the public interest. They are beginning more often to subordinate their own interest to the larger interest. People are beginning also to look upon the exchanges not so much as private institutions as public utilities”.

The tragedy here is not Landis' misplaced optimism but the misplaced trust that the financial services sector has recognised its obligations. In this sense the failure to deliver on the pledge for restraint by the erstwhile chairman of Barclays to the Financial Times is talismanic of the sector’s bad faith. Society has a right to expect better.

Regulators have a duty to ensure protection is offered and political actors have an obligation to ensure the lessons of history are learnt, not repeated.